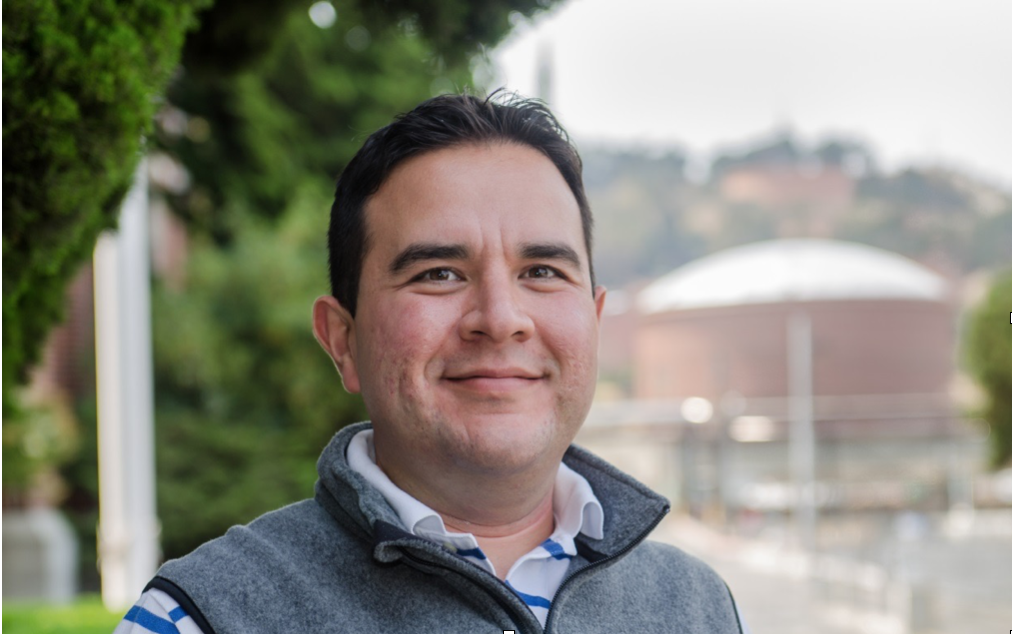 Oscar Garcia grew up in Richmond’s Iron Triangle neighborhood, and he’s seen how the city has transformed over the years. Garcia still lives in the neighborhood where he grew up, though he now works as an environmental engineer at Chevron. As a new member of the city’s Police Commission, Garcia has ideas from lived experience about how to improve the city’s police-community relations.

Radio Free Richmond recently talked with the new police commissioner to discuss his thoughts on joining the Commission, and what he hopes to accomplish.

Sean Pyles (SP): Thanks for taking the time to talk, Oscar. What first inspired you to join the Police Commission?

Oscar Garcia (OG): It was a couple things. The main one for me is that I grew up in a rougher part of Richmond, and I know that safety is something that is of big concern for many Richmond residents. So, being in the Commission will help me be involved in some of the decision making.

I also realize that it’s just an advisory sort of board, so it will sort of compliment my involvement with being involved in some community groups that are trying to target local youth with opportunity.

SP: What are your goals as a commissioner?

OG: I have two main goals. First, to provide the perspective of the folks from neighborhoods such as the Iron Triangle. Over the years I’ve learned what people worry about, and I have ideas about how the city could continue reducing the crime rates.

The second one is learning about everything the city is doing, and how to help out folks in the community to better take advantage of the various programs that the police offer. The police, they have their job. But the community has their job, too, in terms of reducing crime. Everyone needs to work together.

SP: What are your biggest concerns?

OG: The biggest thing is the recent spike in crime. I’m hearing a lot from people about how things were really going in the right direction, but there’s been a significant spike recently. I see lot of comments on Facebook from people who know people who have recently lost their lives. It’s something that people are definitely becoming concerned about again. It’s making people not feeling as comfortable walking around the neighborhood than I saw even a couple months ago. There’s an additional nervousness that I didn’t see a year ago.

In the Iron Triangle specifically, people still follow certain habits because they don’t feel completely safe. Everyone has security bars on their doors and windows, and I just wish that the community as a whole didn’t feel the need for such measures. Many feel their kids aren't safe playing on the street.

SP: How have you seen community-police relations evolve over the years?

OG: I was little, but I do remember the 1980’s an early 90’s when Richmond was a basically murder capital for the country. We were hearing gunshots every night and saw some not so strategic police strategies.

I saw a lot of distrust in the community because of the high crime rate, and I saw a police department that did not seem to be working closely in the community. I personally experienced some pretty unjust situations as a person just driving through the Iron Triangle.

That has improved significantly over the past 15 years. There’s still room for improvement, but I think the leadership in the police department has made it so there is more trust. People are reporting more issues and there isn’t that distrust that there was. When I was little, no one called the police, and now people do that, and it’s what’s needed in the community.

OG:  I’m still at a phase where I’m coming up to speed on the issue, but I have seen notes around meetings that the commission had with people from City Council, and I also saw the presentation that the Mayor’s city staff gave sort of countering some opportunities for improvements that were identified by the Commission and councilmembers.

Given the Pedie case and other situations that have played out in other cities, I think that the commission should have the authority to review issues of police complaints, but it should be in a manner that is strategic so that we don’t set up a lot of unnecessary lawsuits for the city.

SP: A big question right now is who is going to replace Chief Magnus. Can you touch upon his impact on the city and what you would like out of the next police chief?

OG: I think the police leadership, and Chief Magnus in particular, has played a significant role in the community so that people feel safe engaging in their community. I hope city leadership will be engaged in hiring the new police chief so that we can go along a similar path and improve relations while also tackling the various crime issues in the city.

I definitely feel the we are going in the right direction, and any significant changes in leadership could put this progress at risk and set us behind again. I’m going to be monitoring that very closely to comment and provide input.

SP: What do you want people to know about your role on the commission?

OG: I’m really going to put effort into learning how things operate. I’m not planning to come in and act like I have all the solutions, but at the same time I think I have a well-rounded perspective as someone who grew up in Richmond and who also has several friends in law enforcement. I think I can bring a fair perspective and something that can hopefully keep building good policies in our city policing. That’s my main goal: learning and ensuring that we’re going in the right direction.