On Friday, June 3rd my aunt was the target of a protest by the Alliance of Californians for Community Empowerment (ACCE), a group well known in the City of Richmond for protests against landlords. 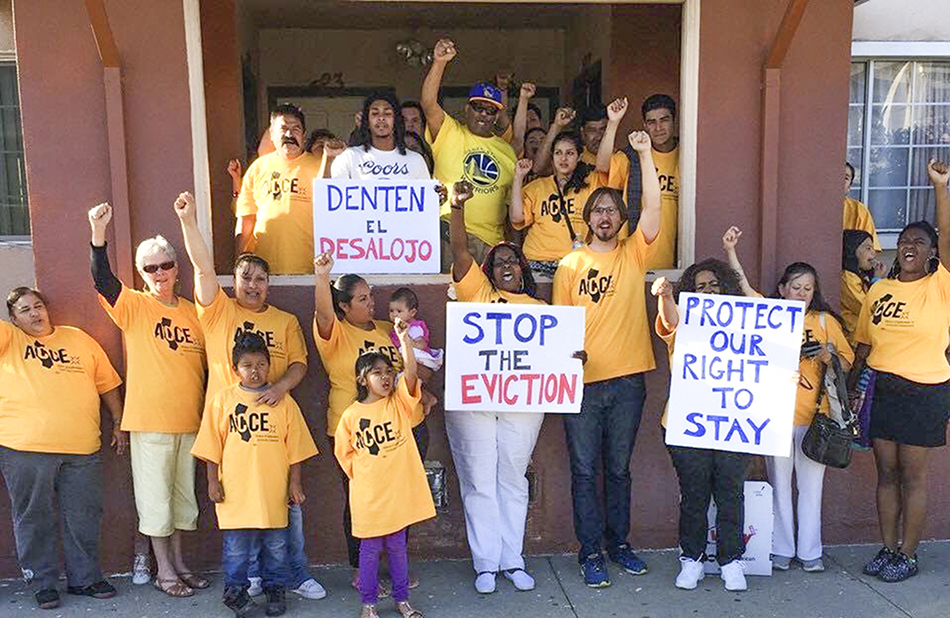 My aunt is 82 years old, a longtime resident of the Iron Triangle, and by no means a wealthy landlord. She worked hard to purchase her triplex in the 1970’s, raised her 10 children there, and over 18 years ago she eventually decided to rent out a unit. The tenant of her 1 bedroom apartment was viewed by my aunt as family, and this was reflected in her $500 monthly rent and frequent babysitting at no cost for over 15 years. In fact, my family has provided the tenant a lot of support and care over the years, going well beyond the typical tenant-landlord relationship. My family has chosen to not make public the reason for the eviction because we are still trying to protect the tenant. I can, however, confirm that it did not involve an increase in rent nor was it over my aunt not wanting to make repairs to the apartment.

When I first learned of the protest I assumed that there had to be a reasonable basis for the ACCE protest. After all, doesn’t ACCE verify information provided to them? As information of the protest and tenant trickled in, it became very clear that the protest was based on misinformation. I received calls all of that Friday afternoon from family who heard from multiple witnesses that a crowd of 20-30 protestors pounded on my elderly aunt’s door demanding to talk to her.

Keep in mind that my aunt lives in the same building as the rental. The tenant allowed the protestors to congregate on my aunt’s private porch while they posed for pictures and threateningly pounded on her door.

After the protest, I was forwarded links to social media posts were ACCE members threatened my aunt with more protests at a City Council meeting. Who protests at the home of an elderly lady that does not speak English without some sort of prior warning? Why didn’t someone from ACCE try talking to my aunt before turning this into fodder for their political agenda? 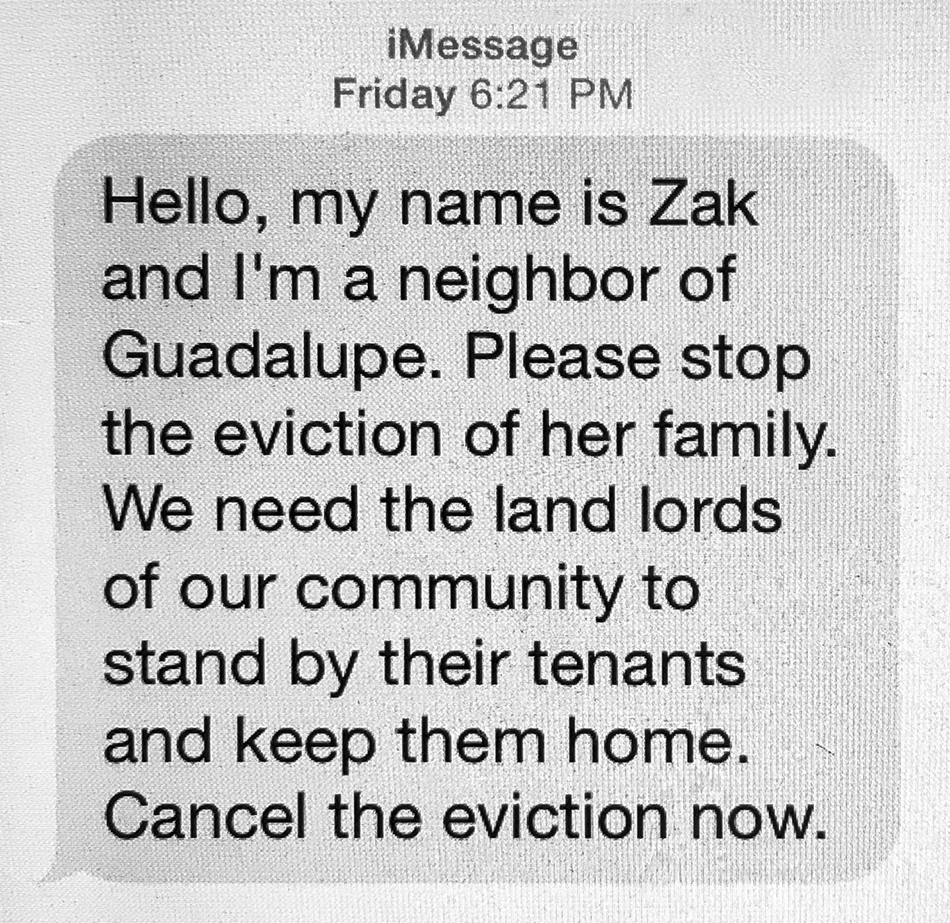 As pictures of the protestors came in, I noticed that members of the Richmond Progressive Alliance (RPA) Steering Committee were front and center as they participated in the protest at my aunt’s home. The protestors included Zak Wear and Marilyn Langlois, both senior members of the RPA’s Steering Committee. In fact, Zak followed up the protest with texts to my aunt’s children demanding that they stop the eviction even though my cousins have nothing to do with it.

I reached out to Zak to determine if he had both sides of the story, and it was clear that he only had a watered down version of events.  Given the discrepancies, Zak said that he would put me in contact with ACCE leadership. At the time of this story’s posting, I have not yet heard back from ACCE. Based on recent filings on behalf of the tenant, my family learned that ACCE is still providing support to the tenant and adding to my aunt’s nightmare.

In a social media post, the protestors also state that their “peaceful protest” was met with a “fierce mob opposition.” My aunt has been living on the same block since the 1960’s and everyone in the area knows my family, so several of her neighbirs stopped by to help after seeing a group of strangers on her porch.

When I spoke with Zak, he also mentioned that several known “criminals” and “drug dealers” confronted the protestors and he wanted to know if I knew them. My family and I have taken offense to these characterizations of our neighbors, especially in a situation where they were standing up for an elderly neighbor. Many of these protestors were obviously not from the Iron Triangle, and it is a shame that they would come here, profile my neighbors and make such comments based on how people look. These comments are shameful and the residents of the Iron Triangle deserve an apology. My neighbors deserve better treatment than what they received from the ACCE protestors.

The protestors have also claimed that the tenant does not feel safe in her home. I live down the street from my aunt and I often see the tenant with friends on my aunt’s porch, which is hardly the behavior of someone living in fear. My elderly aunt, on the other hand, is concerned for her safety and continues to stay at a relative’s home. She is having health issues brought on by the stress of this whole situation. My aunt is a cancer survivor with multiple health issues, and so my family is very upset that my aunt continues to live in fear of further harassment.

My family and I cannot help but wonder how things would be under the ACCE/RPA proposed rent control ordinance, especially if members of the RPA and ACCE are on the rent control board. Evicting a bad tenant is already a pretty complicated process, and having an RPA/ACCE rent control board could make it virtually impossible to evict that tenant. I hope that voters keep that in mind during the November elections.

I would also like to point out to the protestors that intimidation is a form of elder abuse. In this case the intimidation is being used to also influence policy of government, and thus meets one of the criteria used by the federal government to define domestic terrorism.  ACCE and RPA are probably not aware of this, so they need to revaluate their strategies as they set a foundation for what they stand for and whom they stand against.

At the end of the day all my family wants is my elderly aunt at home. As it stands, an 82-year-old lady is currently afraid to be at home for fear of possible harassment from groups that have unfairly targeted her. Is this the New Richmond? Is this the Richmond we want to live in?

As a late addition to this story is a YouTube Video showing the ACCE/RPA supporters of the tenants with their ‘quiet’ protest in front of the resident owner’s home:

Oscar Garcia is a lifelong resident of the Iron Triangle and supporter of many causes in the City of Richmond.