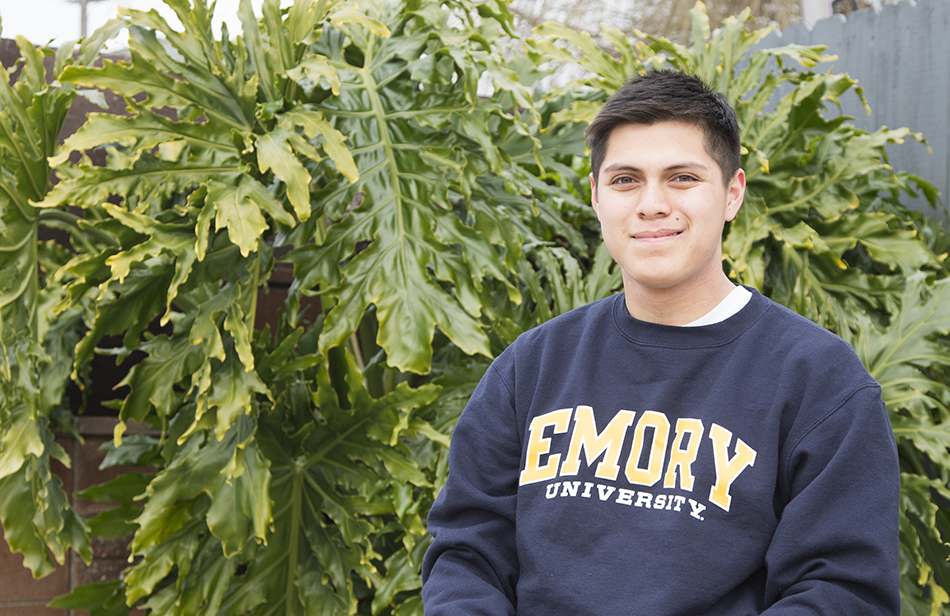 On Thursday June 9th at the Richmond Convention Center Arnold Dimas will stand tall before his classmates as he gives the Valedictorian speech to the 2016 graduating class of Richmond High School.

Among the many honors that Arnold has received, he was twice awarded a prestigious Ivy League Connection Scholarship where, after his sophomore year, he attended Brown University in Providence, Rhode Island where he took the Techniques in DNA-Based Biotechnology course and then after his junior year he attended Vanderbilt University in Nashville, Tennessee where he took their Medicine, Health and Society course.

While back east last summer Arnold visited Emory University in Atlanta, Georgia and liked it well enough to apply.  Applying to a college is one thing but Arnold was accepted to this highly selective University and received special recognition for his achievements.

While he still has a couple of weeks before he has to decide which school will be the perfect fit for him, his biggest worry has now been allayed when he learned that he had been awarded one of the highly sought after Gates Millennium Scholarships.

Rather than retell his success stories, please read Arnold’s own words as he emailed the good to news to his supporters:

As some of you many know, I applied to the Gates Millennium Scholarship. Although, unfortunately, this is the scholarship's final year, l was very fortunate in that I had the chance to apply for the Class of 2016.

I submitted my application earlier in January and was advised in early March that I was a finalist and that I would hear back in mid-April.

Today, after what felt like the longest wait ever, I am so honored, so blessed, and so humbled to say that among the 53,000 candidates, I was chosen as one of the 1,000 who was awarded the Gates Millennium Scholarship!!!

This has been the greatest news I've heard thus far since my amazing college acceptances! I am almost speechless because I never would have imagined I would receive such honor, nor can I contemplate what this will mean for me as I pursue my dreams in my future.

I am so thankful for this grand honor and am so humbled to say that amongst other amazing things, I am now also a Gates Millennium Scholar. I am soo happy and soo proud to be able to share this achievement with you all and shine some positive light on Richmond and the community! Looking forward to everything that lies ahead!

With a sense of pride and purpose,