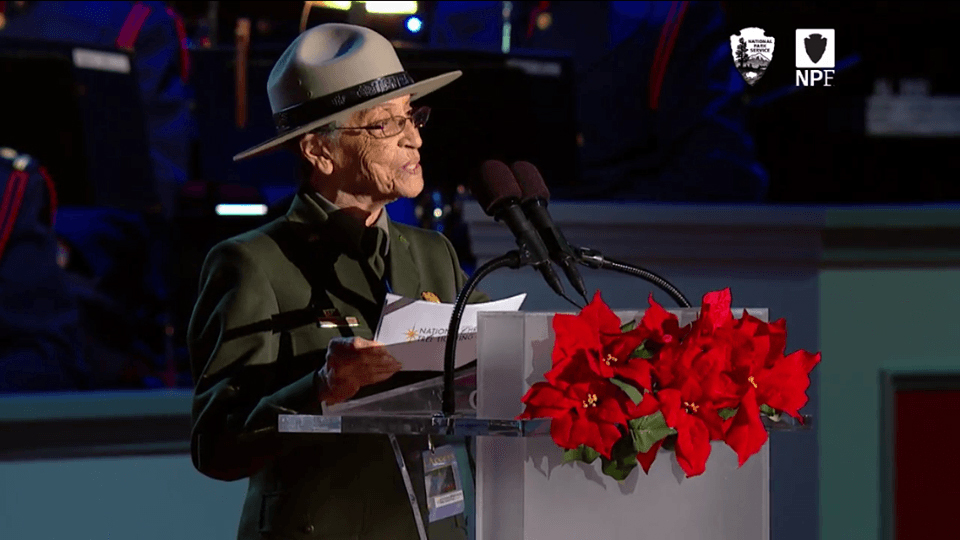 The following news stories are reprints from the Richmond Standard, The San Francisco Chronicle, SFList and the East Bay Times.

The Richmond Standard was shocked and saddened to hear about the violent home-burglary attack on Betty Reid Soskin, who is an icon both in Richmond and nationally as the oldest full-time Park Service ranger, and who helped shape what would become Richmond’s wonderful Rosie the Riveter/World War II Home Front National Historical Park.

When we learned that Rosie the Riveter Trust launched an online fundraiser to support Soskin’s recovery, we pitched in $1,000, and we encourage the community to join us in donating whatever they can afford; the minimum is $10. To donate, go here.

After making our pledge, we received information about Soskin’s fundraiser that shouldn’t surprise anyone who knows her. Soskin says she plans to use any donation amount beyond her immediate needs to complete a historical film documenting her life. Even in difficult times, Soskin continues to look for ways to preserve and promote local history.

“This is a legacy that she wants to continue passing on to younger generations, and a remarkable testimonial to her strength and spirit,” said Marsha Mather-Thrift, executive director of Rosie the Riveter Trust.

Soskin has received a flood of concern and support from the local and national community. After hearing about the horrific crime Thursday, President Obama sent word that he will replace a commemorative coin he had given to her that was stolen during the burglary.

She is recovering well, Mather-Thrift told us. And we are all grateful to hear it.

Soskin has been a source of inspiration and pride in our community for years. While warships were being built on Richmond’s waterfront during WWII, she worked as a file clerk in a Jim Crow segregated union auxiliary. Her experiences would become crucial in shaping the deep history that has made Richmond’s waterfront a must-visit for travelers.

Soskin would later serve as a field representative for California State Assemblywomen Dion Aroner and Loni Hancock. While in that capacity in 2000, she began taking part in planning how to build an urban park on Richmond’s waterfront paying tribute to the WWII homefront workers. Soskin left her state position in 2003 to become a consultant to the park and in 2007 became a ranger. To this day, she continues conducting tours five days a week at Rosie the Riveter/World War II Home Front National Historical Park.