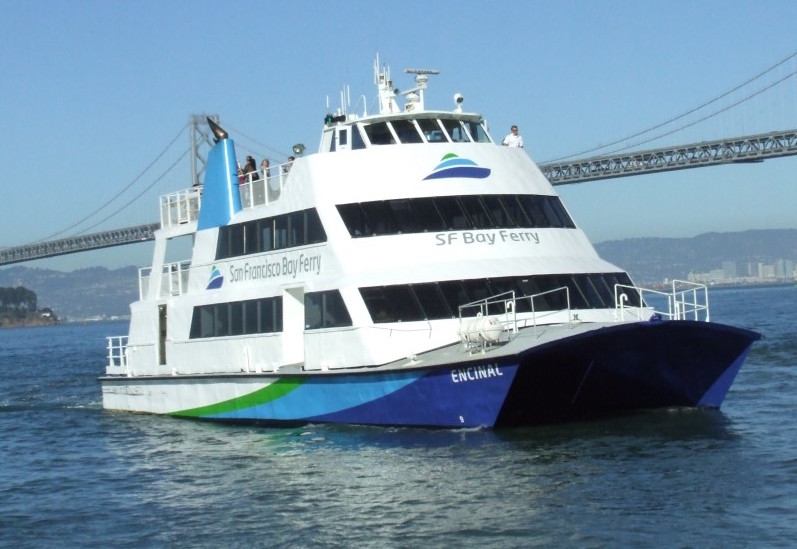 The event, which was created by the Mayor’s Office to spur increased engagement and understanding between the City and local businesses, hosted a panel of local business owners and leaders.  Kevin Connelly from the Water Emergency Transportation Authority (WETA), Max Scheder-Bieschin from Esko Bionics, and Arnon Oren, owner of Oren’s Kitchen, each spoke about the benefits and challenges of working in Richmond.

While each business leader noted their appreciation of the City’s responsive staff, the lack of widespread public transportation in the city stood as a consistent detriment to doing business in Richmond.

Connelly spoke first, providing an update on WETA’s plans for the ferry line that will connect Richmond to San Francisco. It will be another three years until the ferry is up and running, Connelly explained, but the transportation agency anticipates widespread use of the service.

“By 2035, we expect about 1,700 daily users of the line between San Francisco and Richmond,” Connelly said. Most of these passengers are expected to be commuters who live in San Francisco but work in Richmond.

Scheder-Bieschin, CFO of the robotic exoskeleton company Esko Bionics, said that the ferry line and other transportation initiatives are crucial to developing a thriving business culture in the city. The CFO listed eight suggestions to make running a business in Richmond easier.

“Help bring the ferry here,” Scheder-Bieschin started. “The types of young engineers we are looking to hire mostly live in San Francisco, and this ferry line will make it much easier for us to bring employees to Richmond.”

Among Scheder-Bieschin’s other suggestions were increasing the Amtrak-BART connection and establishing a shuttle system in the city.

Oren, of Oren’s Kitchen, called for more walkability in the city and around the Craneway in particular, the historical venue that hosted Thursday’s event.

“I see this area turning into a tourist destination. I would love to see more walking destinations in this area,” Oren stated. “We have an amazing shoreline, and there is a lot of potential here.”