"Some of us talk about 'back in the civil rights age,'" Jackson said during his sermon, "and I think, 'when did it end?'"

Those in attendance, including local dignitaries and elected officials, broke out into loud applause and laughter. 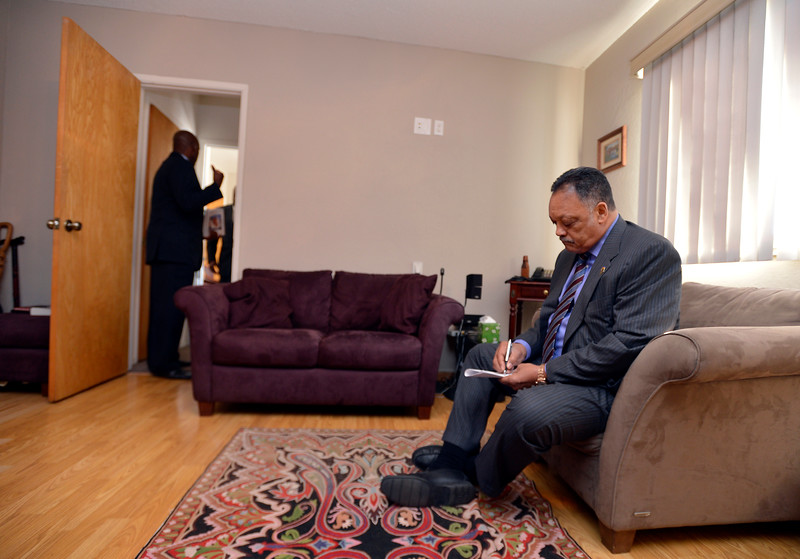 "The danger of 'Selma' is it romanticizes the story and ends with us getting across the bridge," he said of the Academy Award-nominated movie that chronicles a crucial civil rights march led by Martin Luther King Jr. from Selma, Alabama, to the state capital in Montgomery. "You'd think we just crossed the bridge and got the right to vote. But there was so much more before, and there is more after," Jackson said.

"It's an exciting day for me and Richmond," Butt said as he introduced Jackson.

Jackson was in Richmond thanks, in part, he said, to his "good friend" Irma Anderson, a former mayor.

During his rousing talk, Jackson drew parallels between the inequality in voting rights in the 1960s and the diversity gap in boardrooms and at major companies today.

"What we now have is disparity by class and culture," Jackson said. "Too few got too much."

To help close what he called an opportunity gap, Jackson urged people to take the fight to Silicon Valley's large corporations and others in power.

"The police are gatekeepers; they're not holding us back," he said, adding that it's the institutions, not the police, that inhibit upward mobility.

Throughout the speech, Jackson also encouraged people to push for a wider range of academic courses in school, including computer science; science, technology, engineering and mathematics (STEM) courses; and Spanish.

"If two-thirds of my neighbors speak Spanish, I should learn to speak Spanish," he said. "English is a great language, but Jesus did not speak it." 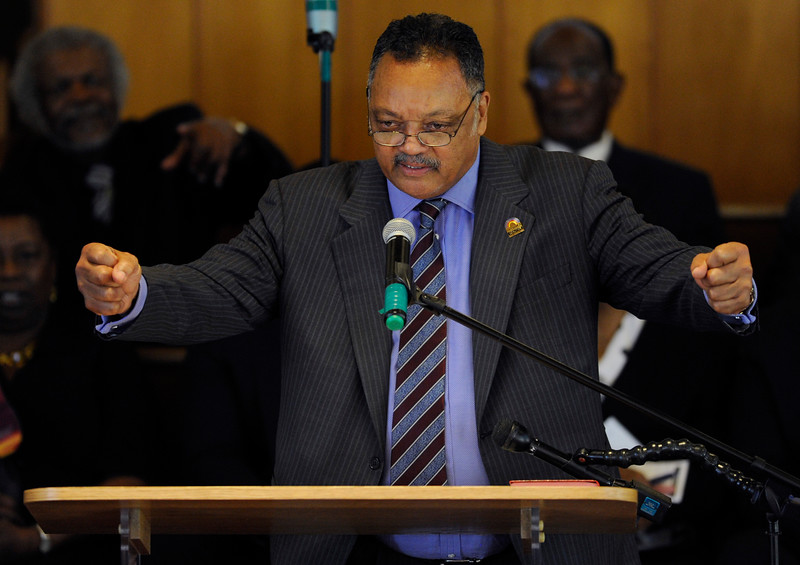 At the end of his nearly hourlong talk, Jackson invited those looking for work in Silicon Valley or scholarship opportunities to come to the altar and sign up to take part in the Rainbow PUSH Coalition, an organization he formed in 1996 to tackle multiracial and multi-issue problems and help level the economic and educational playing fields.

Jackson said he sees the recent Black Lives Matter movement as a two-part cry: a response to a series of black men being killed by police, fueled by a "fire born of poverty," and believes it can, in part, be addressed by greater job opportunities.

"We look at a place like Silicon Valley that has all these jobs and opportunities, and we want some of that," he said, after the sermon.

Shawna Freeman, a member of the congregation, said, "I had my son sign up with PUSH today because he is a junior in high school and doesn't have any plans for after graduation. He needs that push."

Freeman said her other son was shot and killed a few years ago in Richmond, and that she wants things to be different for her younger son.