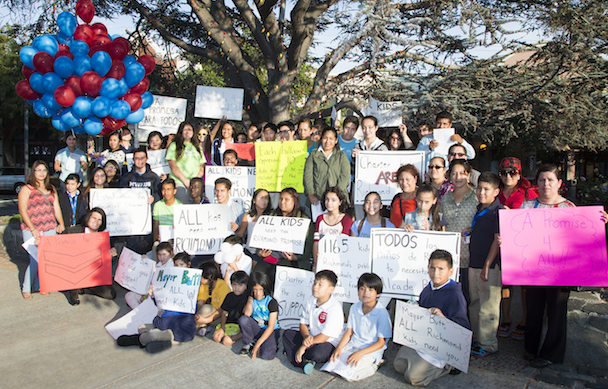 In a matter of a few weeks the Richmond City Council will discuss, debate, and vote on the terms for the Richmond Promise scholarship program.

As a part of an agreement with the City, Chevron pledged $35 million over a ten year period to fund a scholarship program for Richmond youth to help them attend college.

The terms of the agreement are specific about who will be eligible to participate in this program: “This program will be limited to students who live in Richmond and graduate from public high school in the West Contra Costa Unified School District.”

From the very night that this was first presented nearly a year and a half ago, concerns were raised about whether this would include students attending charter and private schools.  California law says that charter schools are “public” schools but the terms of this agreement are more specific and stipulate that students must graduate from a WCCUSD school.

One of the many details that the Council is hammering out is exactly who should be included.  Several members of the Council want to expand the promise to include all students living in Richmond, while others want the program limited to students attending specific schools.

On Wednesday afternoon a rally was held in front of Mayor Tom Butt’s business in Point Richmond.  Students, teachers and parents from several charter schools were in attendance to demonstrate to Mayor Butt that they expected his support to include students attending charter schools.

In a prepared statement sent out by Mayor Butt, he said, “Like you, I believe that every student should have the opportunity to access higher education.  As Mayor of this City, you have my commitment to making sure that all our families and residents have the best possible opportunities to better jobs, housing, and education so we can collectively lift and advance our communities.”

Mayor Butt continues, “While I am open to including Richmond residents attending public charter schools into Richmond Promise, you should also know that there are members on the Council who want to limit Richmond Promise by launching the program at just one high school as a pilot program. That, I will not support because I believe that is not the intent of Promise Program and is counter to our efforts to create a college‐going community.”

Brian Buttacavoli, a 10th grade English teacher at Making Waves Charter Academy, told the crowd, “How dare public officials dictate which students deserve academic success.  It is our job to make sure that we provide our students with the opportunities they need to be successful.  If we choose which students should be more successful than other students, we are taking away opportunity from students in Richmond.”

Although many of the comments made at this rally were focused more on why charter schools were the right option for these students, their passion advocating for equality for charter school students came through loud and clear.

Brian continued by commenting about his students saying that “they are in every single way a part of this community in Richmond. This Richmond Promise is the opportunity for us to give our children that resource…an equal and equitable opportunity for education.”

Patricia Ornelas, a senior at Making Waves, said, “Charter schools are public schools, and ultimately we have the same dreams, struggles, and challenges as any other students.  I think that by separating the two it creates a two-tiered system, and that’s not okay for an education system.  The goal is to help more kids go to college.” 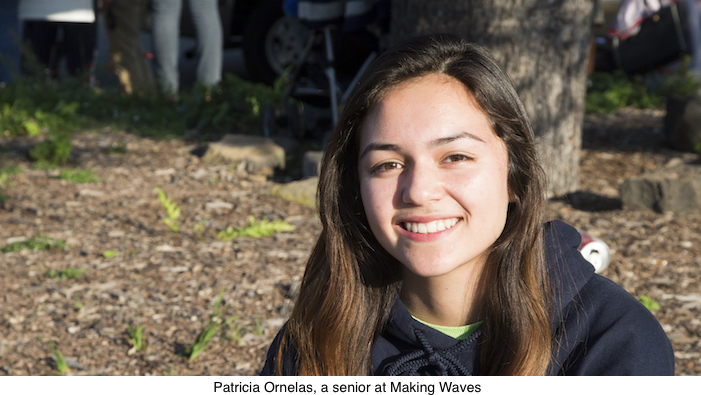 As the rally concluded, handouts were distributed with the contact information of the Councilmembers.  Brian told the crowd that “it is our duty, it is our civic duty as citizens to make sure that our students are included in the Richmond Promise.  This is now a call to action.”

Within seconds smart phones were brought out and calls were made to members of the Council so the voices of these students and their parents might be heard by the elected representatives who have the ability to help decide their futures.