City Council questions use of force in Richmond Police Department 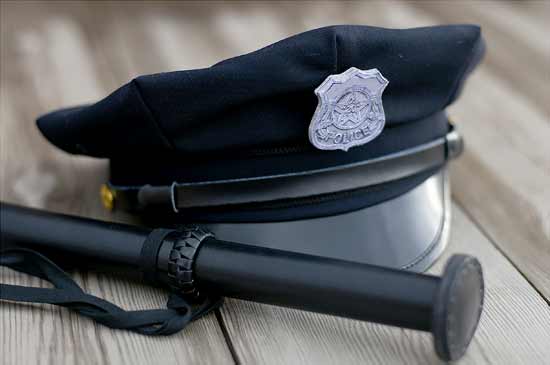 Issues of police accountability and use of force were a focus of conversation by the Richmond City Council and the Richmond Police Department (RPD) last night.

“We have had a great reduction of crime here in Richmond, and other cities now see us as a model for how to address crime in general,” Councilmember Gayle McLaughlin started. “We also want to keep our eyes open and continue to be a model."

Councilmember McLaughlin cited concerns from community members not knowing how and when officers can resort to use of force, particularly in instances where the suspect is under the influence of drugs.

Richmond Chief of Police Chris Magnus and fellow members of the force worked to clarify these concerns.

“No police agency is perfect,” Magnus explained. “But our force works hard to give community-oriented, constitutional policing.”

Lieutenant Arnold Threets outlined when RPD officers resorted to use of force. Of the nearly 3,000 arrests made by the department in 2014, 182 involved varying degrees of use of force. That amounts to 6 percent of all arrests. Of those, half were incidents where the suspect was under the influence of drugs or alcohol.

RPD policy states that “officers shall use only that amount of force that reasonably appears necessary given the facts and circumstances perceived by the officer at the time of the event to accomplish a legitimate law enforcement purpose.” According to Lt. Threets, an officer might find it necessary to use force in detaining or arresting a resistant person, taking into custody an individual who is under the influence of drugs or in need of a mental health evaluation, or if the officer needs to respond to an immediate threat.

Whenever use of force results in serious injury or death, policy mandates the department convene a special “Use Of Force Review Board” comprised of command staff and various department experts. The panel investigates the incident, determines whether or not the officer’s actions were within department policy, and forwards those findings to the Chief for final determination and disciplinary action, if warranted.

The RPD officers gave a detailed picture of their policies towards use of force, but some members of the public weren’t convinced by the presentation.

Rick Perez —whose son Pedie Perez was shot and killed by an RPD officer last September in the first officer-involved shooting since 2007 —stood at public comment to question these practices. “[RPD officers] are citizens just like us,” said Perez. “They make bad decisions like us. And they should be answerable just like us. They’re hiding behind their bill of rights, and it’s discrimination.”

Chief Magnus cited progress with police body cameras as proof of increased accountability, but stated that use of force — and deadly force in particular — is sometimes inevitable. “Loss of life is always a tragedy —no one questions that,” Magnus explained. “But there are circumstances where officers’ use of deadly force is justified, it is legal, and it is necessary.”