Clarifying What Happened With The Kids First Initiative 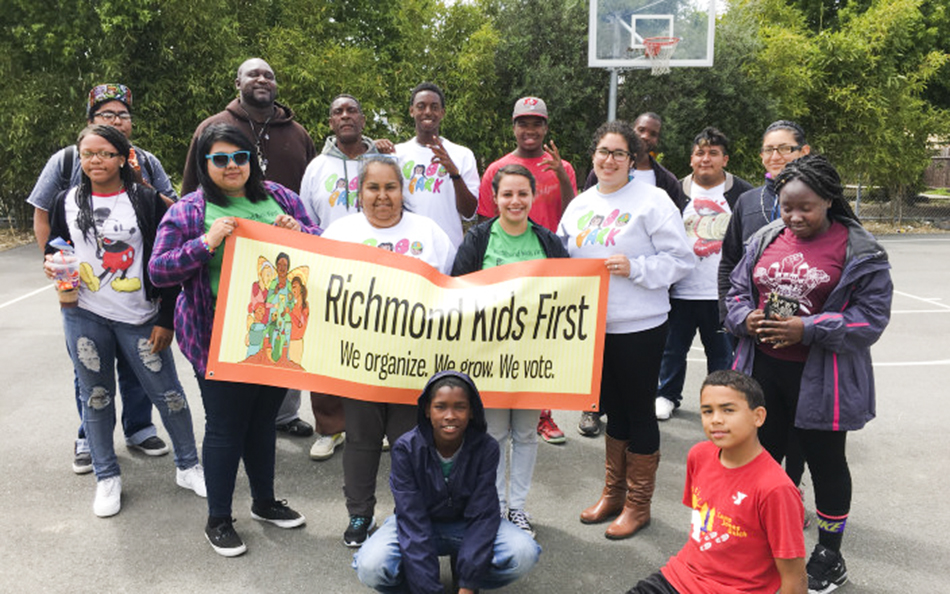 There has been a lot of back and forth about the "Kids First" measure this week and what happened when it was brought before the Richmond City Council on Tuesday July 26th. From the perspective of Richmond City Council Member Vinay Pimplé, here is some background on the story, the law, and the policy issues around this measure.

What is "Kids First"

The measure, which is pushed by non-profits working with children and youth, would amend the City's charter to ensure that 3% of the City's general fund would be donated to these very non-profits. These non-profits would benefit to the tune of about $4.5M per year. Non-profits, which work with individuals under the age of 25, are eligible.

The measure's backers weren't able to turn in the required signatures within what was widely known to be the safe window of time to get the measure on this November's ballot. However, by pulling a lot of strings at the county level, they got the count finished weeks ahead of the usual schedule. In an effort to co-operate with the backers, the City had placed a place-holder item when the agenda for the meeting on Tuesday July 26th was released on the prior Thursday. By law, we can't change the agenda in the last 72 hours. This rule exists to protect against councils sneaking things on to the agenda without adequate notice to the public. When the count didn't come in by Friday evening, the item was removed from the agenda.

The law on placing items on the agenda without notice, and the law on initiatives and special meetings

The count came in Monday morning, and the measure's backers demanded that we place the item on Tuesday's agenda. However, it would have been illegal for us to put it on the agenda. The Brown act (the relevant text is excerpted at the end) seems very clear on this:

There were also calls made for us to have a special meeting for this item. This too would be illegal since California Elections Code 9115 states that the certification be done at the "next regular" meeting.

There was dissatisfaction on the Council that the measure is an unfunded mandate, which simply raids the general fund, instead of specifying a dedicated revenue source. The budget is already very tight. This year, some of the unions (fire and mid-management) have agreed to substantial cuts in take home pay, and there were some lay offs. This is already affecting essential services. I get a lot of complaints about the lack of code enforcement (that department has taken a lot of cuts), as well as about parks and police. An unfunded mandate would have made these problems a lot worse.

The measure and particularly its proponents give the strong impression that services for those under 25 are a low priority for the City. This is most emphatically not the case:

Some on the Council were also concerned about the privatizing of government funds and services. They were uncomfortable about allocating large funds for non-union workers; funds that would be available only through lay offs of union staff performing essential services.

The measure's proponents appear to have consulted few, if any, members of the Council on the best way forward. Certainly, they have never approached me at any time, except for their hostile attacks during the Council meeting on July 26th. Common ground could have been reached with some Council members if the measure was related to the documentary transfer tax measure, for example. The measure's proponents appear to have calculated that the City Council was in no position to withstand the political pressure that invoking "children and youth" would place on them. It recalls what a businessman said to me last year, "With a charter school at my disposal, I can make or break any politician in this city."

I was also disappointed with the conduct of the public speakers in the Council Chambers. I have worked with a lot of youth in our city as a volunteer with the Writer Coach Connection, RPAL, Richmond Trees, and LEAP. Almost all the youth have been so wonderful and courteous that working with them is its own reward. The youth who spoke at before the Council couldn't have been more different. Most were very angry, and one used the ‘F’ word against us. It left me in serious doubt whether the organizations that were the measure's main proponents were having a positive influence on our children and youth. Mr. Andrew Young, one of the employees of the RYSE center accused us of "relying on murderous policing." Such inflammatory comments in front of the youth made me feel that far from being part of the solution, organizations like RYSE may be part of the problem.

Note: here are the two relevant parts of the Brown Act:

“Emergency meetings” are a limited class of meetings held when prompt action is needed due to actual or threatened disruption of public facilities and are held on little notice.

There are three specific situations in which a legislative body can act on an item not on the agenda:

The exceptions are narrow, as indicated by this list. The first two require a specific determination by the legislative body. That determination can be challenged in court and, if unsubstantiated, can lead to invalidation of an action.