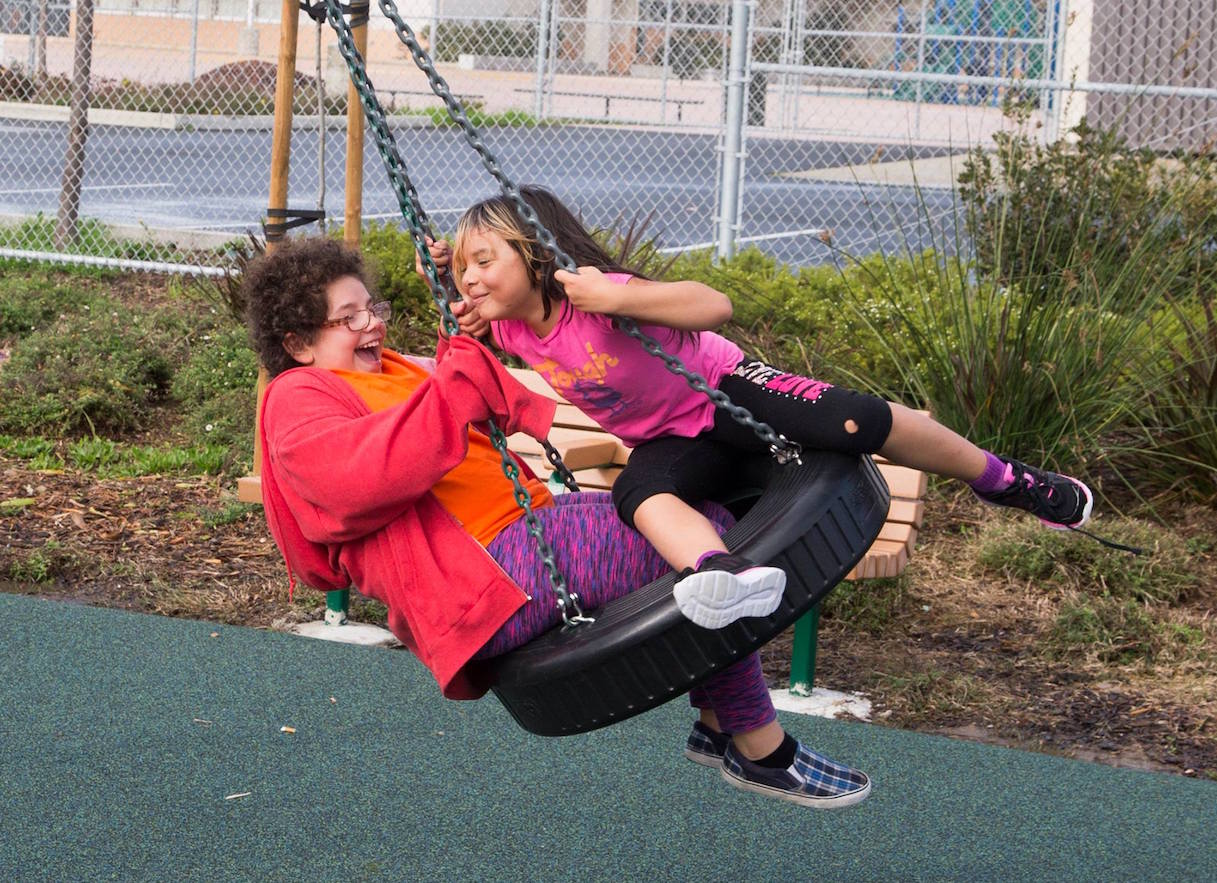 Once a hotbed for criminal activity, John F. Kennedy Park in Richmond was a beacon of community engagement on Saturday at the grand opening of the newly renovated park.

The event celebrated the completion of the project which broke ground in October of last year, when over 600 community volunteers turned out to transform the park from the ground up.

As community members gathered in the newly renovated park, the sun broke through dark clouds of earlier storms and illuminated the myriad new features of the park, including all ages exercise equipment, a covered picnic area, and a "give a book leave a book" lending library.

Many notable community member's were in attendance, including Connie Portero, Chair of the Recreation and Parks Commission, Madalyn Law, Chair of the Park Plaza Neighborhood Council and Vice-Mayor Eduardo Martinez, as well as representatives from the Richmond Police and various community organizations and volunteer groups who contributed to the success of the project.

In her speech, Monk highlighted the diverse group of people who had come together to make the project possible, and she outlined some of the City's plans for the future of the park.

"We're talking to the school district to make sure that we can have summer lunch programming in the park,” Monk stated. “We also have an opportunity, that kids can come with their families and read.”

Those in attendance were excited about the changes to the park, and Monk's statements were repeatedly punctuated by spontaneous cheers of "Go Richmond" from attendees.

Community member Derrick Pitts choked back tears as he expressed his pride in the changes he was seeing in his community.

"Growing up here, to see this transform, has made me proud," Pitts explained.

This sentiment was echoed by Vice-Mayor Martinez, who celebrated Richmond as a "city of volunteers" and expressed his admiration for Richmond's "community spirit.”

The renovation of John F. Kennedy Park was the result of collaboration from hundreds of community volunteers, the Trust for Public Land, the City of Richmond, Chevron, local contractor Overaa Construction, and many more.

When asked by a community member which park the city was planning to renovate next, Monk responded "that's secret", but assured the man that "there will be one.”