Controversy Over East Bay Fire Safety Plan May be Overblown 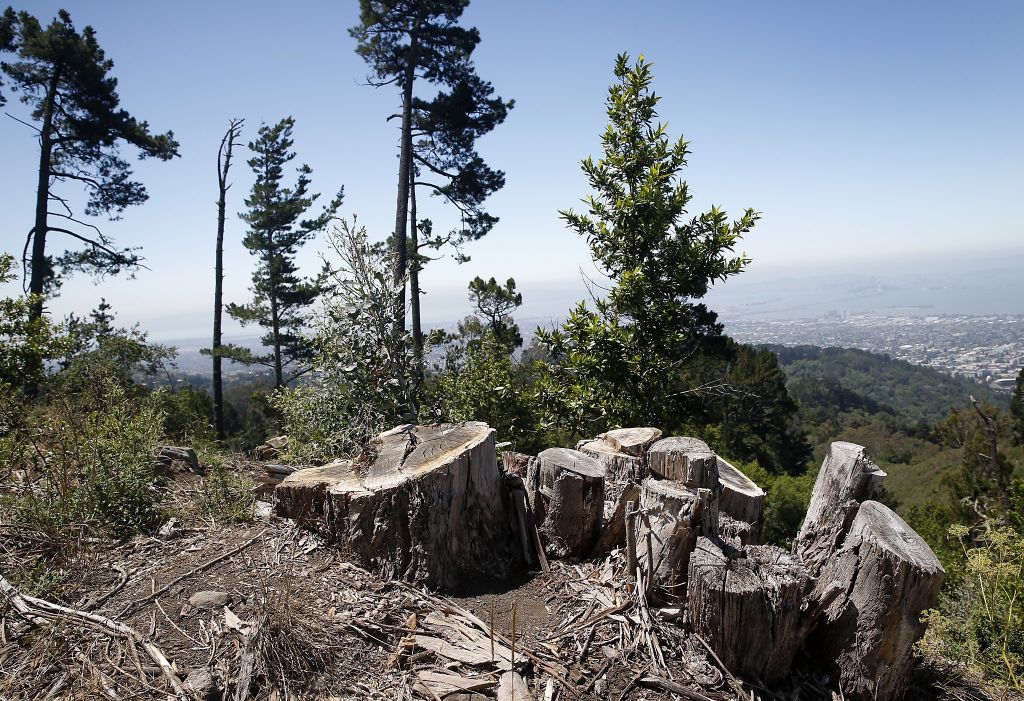 A plan to thin trees in the East Bay Hills — including Wild Cat Canyon and Point Pinole in Richmond — is causing controversy and confusion on social media and in the hills that are the target of the project. One person’s fire prevention method is another’s tree eradication plan.

Opponents of the plan claim that up to one million trees could be cleared from the East Bay Hills and Richmond parks, but those directly involved in the project are left scratching their heads at the notion of such widespread cutting.

The Wildfire Hazard Reduction and Resource Management Plan, as it is officially called, comes from the East Bay Regional Park District, FEMA, the City of Oakland, UC Berkeley, and a handful of other organizations as a response to the wildfire in the East Bay hills in 1991. The blaze destroyed over 3,450 homes, killed 25 people, and injured another 125.

The Plan targets a few types of trees prevalent in the East Bay Hills that are associated with fire hazards. Hand-picked trees scattered across 800 acres that are old, diseased, or deemed hazardous will either be trimmed or cut down to reduce their potential danger. A pesticide, Garlon, will be hand applied with a toothbrush to stumps and saplings.

Among the targeted trees are eucalyptus. Feared for the combustable oil in their leaves but admired for their grandeur, the trees now stand rooted at the center of the controversy around the project.

“We love eucalyptus,” explains Carolyn Jones, spokesperson at the East Bay Regional Park District. “They’re beautiful trees, but they’re difficult trees to have next to dense urban areas because they’re so massive and such a fire hazards. [The Plan] is working to find happy medium between preserving nature and making less fire hazards.”

Opponents of the Plan claim to see through the ostensible goal of fire safety. To them, this initiative is about an environmentalist movement to clear non-native plants from the vibrant greenbelt of the East Bay Hills, and eucalyptus is their biggest target.

“I would call it a species eradication plan,” explains Jack Gescheidt of the TreeSpirit Project, a movement to spread awareness about the central role trees play in the lives of humans. “People mean well, because they see eucalyptus as dangerous and hazardous, but there are too many unanswered questions and holes in the Plan.”

Central to Gescheidt’s concern is whether eucalyptus is a fire hazard at all. “I propose that there is nothing that shows that eucalyptus are flammable. The only people that say that are those who are backing this plan for what I will say are aesthetic reasons,” he says.

There are no official figures of how many trees may be trimmed or cut, but Gescheidt thinks it could start around 450,000 and reach up to a million by the time the project is done, a figure that baffles the Park District.

“To be honest, I don’t think there are even a million trees in the East Bay hills,” Jones explains. “It costs anywhere between $1,000 to $3,000 to clear a single eucalyptus, so there isn’t even enough money in the grant to do that. Over the 800-acre area, it’s going to be a few thousand trees.”

The eucalyptus tree, which originally hails from Australia, was planted en masse throughout the hills of the East Bay in the late 1800’s to create the lush green space that is now a signature of the Bay Area. Eucalyptus is targeted because of their potential for spreading fires. Without regular clearing, dropped bark and branches from the trees have become piles of fuel on the ground, according to the Park District.

“In a regular forest, you have regular fires that clear out brush, but in the East Bay hills we simply can’t have that kind of fire. There are too many people living here,” cautions Jones. “Those hills are going to catch fire sooner or later; we’re working to reduce the amount of fuel on the ground.”

Still, organizations like Gescheidt’s TreeSpirit and Save the East Bay Hills claim the Park District plans on clear cutting and is hiding their true agenda. Regardless of which truth you believe, one thing is certain: it will be months before any trees are cut in accordance with the Plan. Between the myriad bureaucratic organizations and processes involved in this project, no action will be taken on the East Bay Hills until the beginning of 2016 at the earliest.