On July 22nd the Richmond City Council heard more than 100 public speakers in the first round of public comment with regards to the Conditional Use Permit for Chevron’s Modernization Project at their Richmond Refinery (with the second hundred slated to be ‘heard’ next Tuesday (July 29th).  Although most of the comments were in the nature of those heard for the past five years (we need the jobs OR Chevron’s trying to kill us), I offered a different perspective related to the conditions put forth by the Richmond Planning Commission.  These are those comments plus a few extra words that the time constraints did not permit me to say (the Mayor chose to reduce the normally allotted time for public speakers at Public Hearings from three minutes down to two):

I went online this afternoon to check on the meaning of a word just to make sure I understood it right:

Extortion: the practice of obtaining something, especially money, through force or threats.  See BLACKMAIL and SHAKEDOWN 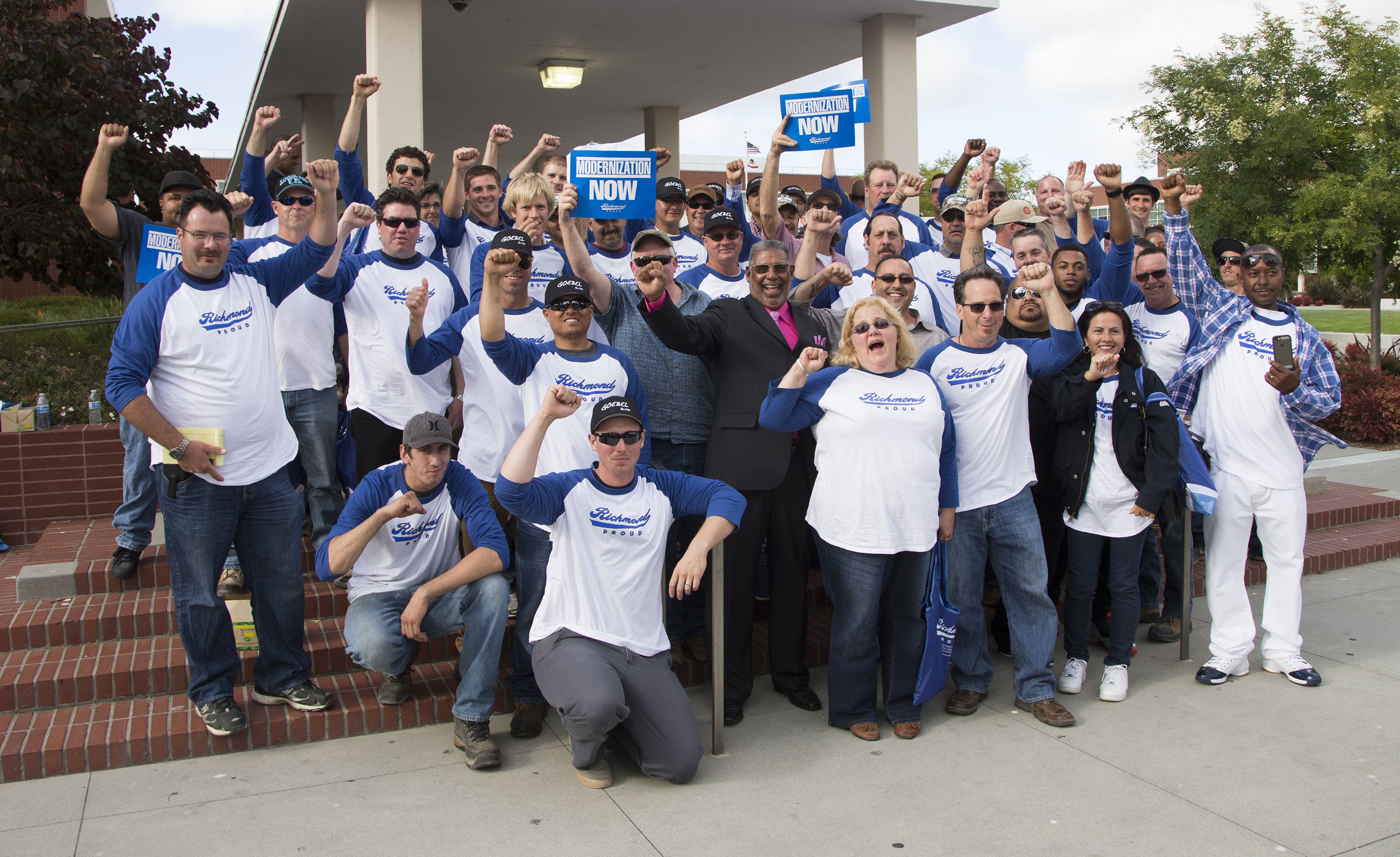 I wanted to be sure I understood correctly when, in an article in Tuesday’s West County Times, one member of this Council was quoted saying:

"You won't see me voting (for the project) unless we get more money in community investments."  This was after Chevron doubled their donations from $30 to $60 million.

Last Wednesday evening we saw nearly 600 community members attend the meeting of the Planning Commission and the next night there were nearly 500 that attended (I counted).  When it came time, though, for the Commission to discuss the matter, it was difficult to see and hear them.  On both nights they were sitting in the dark with no lights focused on them and between the poor audio system and their difficulty in making audible statements in complete sentences, it was difficult for those of us in the audience to completely understand the additional conditions they placed on the Conditional Use Permit.

One thing I heard was their requirement that Chevron donate $8 million per year until 2050 to keep Doctor’s Medical Center open.  That’s more than $280 million!  For those of you unfamiliar with higher mathematics the technical term for that is “a bunch of bucks”.  As one of the speaker that night pointed out, the next time that Chevron tries to kill us all, we need a hospital close by with an emergency room that can tend to our afflictions.

I also heard them demand that ALL high temperature pipes be replaced—NOW.  They didn’t care if there was a need or a risk involved nor did they care that this might cost between a half a billion and a billion dollars.  Without really knowing anything about metallurgy or the petrochemical refining processes, they just repeated something they heard at a meeting of their social club.  There was also comments about replacing all of the pipes installed prior to 1990 (an arbitrary year or one derived from their extensive knowledge of metallurgy and the oil refining processes?).

And I also heard them demand that all of the temporary clamps be removed—immediately.  Again, without really knowing anything about the business, they were giving technical and business directives.

I even heard something that suggested that Chevron eminent domain someone else’s business (Praxair’s Hydrogen Plant) so this Commissioner could be assured that the business’s workers would belong to the United Steelworkers.  This commissioner never said a word to indicate whether the 29 workers were already unionized, whether they were being maltreated by Praxair or even if these workers wanted to join a union.  He knew enough, though, to demand that Chevron snatch up this business to take care of these 29 workers.

We also heard them demand that Chevron and their construction contractors hire mainly Richmond residents and those residents should be people of color.  I guess they forgot that there are laws that prohibit this kind of discrimination because, as the Supreme Court declared in 1978 that, essentially, discrimination FOR a person based on the color of their skin, their gender, their ethnicity, their religion or a host of other factors, is actually discrimination AGAINST someone based on those same criteria and discrimination is still discrimination no matter which way you discriminate.  Wrong is wrong no matter what the intent.  Chevron, the contractors and the construction unions have been following those laws for decades but the Planning Commission wants these laws ignored?

Yep, if it looks like extortion, if it stinks like extortion and if it feels like extortion—then maybe it’s extortion. What this really is is a clear message to business that if you want to set up shop in Richmond, you had better bring your checkbook.