Don Gosney: The Fat Lady Has Shown Up For Work - Updated Election Results for Richmond and the WCCUSD School Board

Late on Friday afternoon the Contra Costa County Elections Department posted updated results for the election held the previous Tuesday.  These results reflected many Mail-In ballots that could not be counted earlier.

These results are still not FINAL as provisional ballots are most likely yet to be counted.  Provisional ballots come mostly from voters who had a Mail-In ballot sent to them but arrived at a polling place to cast their vote.  The Elections Department has to verify that these voters did not cast duplicate ballots before their votes are counted.

For the Richmond Mayor’s race this was an addition of 5,787 new ballots (a 54% increase in the results from Wednesday morning).

These results should not be considered FINAL.

Something of note here is the percentage of votes cast by mail as opposed to in person at the polling places.  These percentages are much higher than what would have been expected.  For the full Council, Mail-In ballots accounted for 61.83% of the ballots cast. If this is broken down even further, Team Richmond’s votes were only 58.07% Mail-In ballots as opposed to 64.88% by the rest of the candidates.  Team Richmond and their supporters successfully mobilized voters to vote on Election Day.

Even in the Mayor’s race, where Tom Butt was heavily supported by the same Team Richmond supporters, he garnered 59.4% Mail-In while his opponents had 62.69% Mail-In ballots. 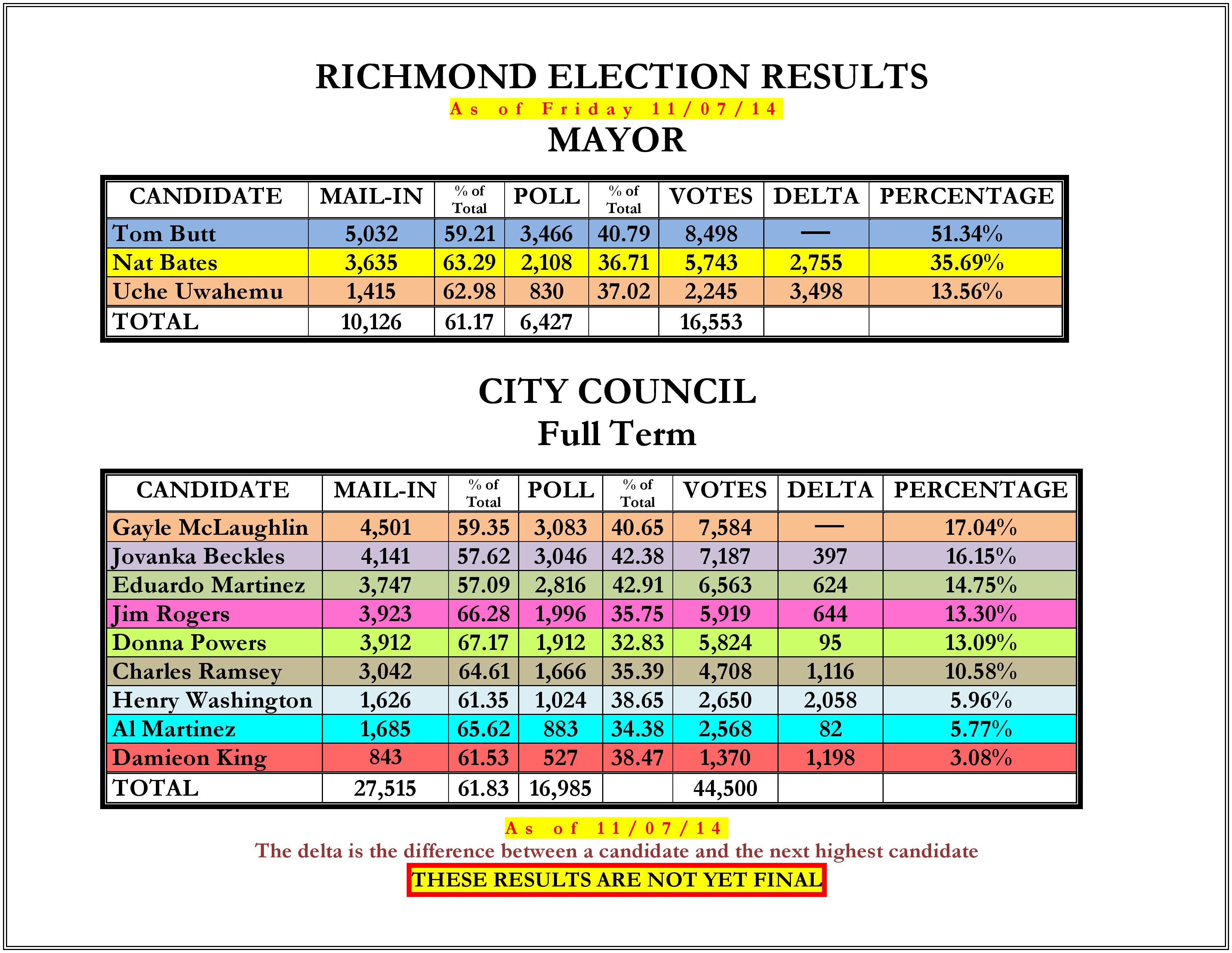 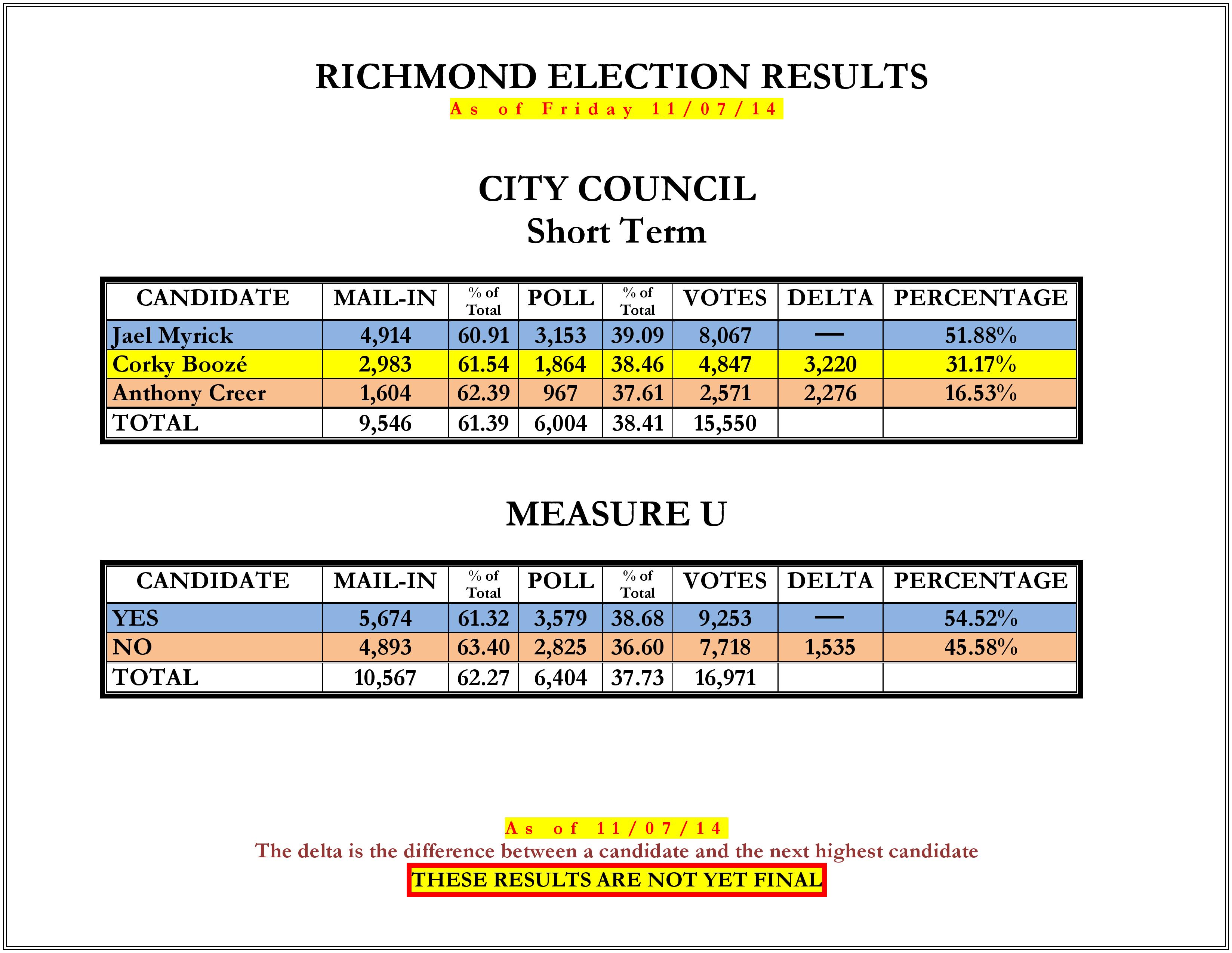 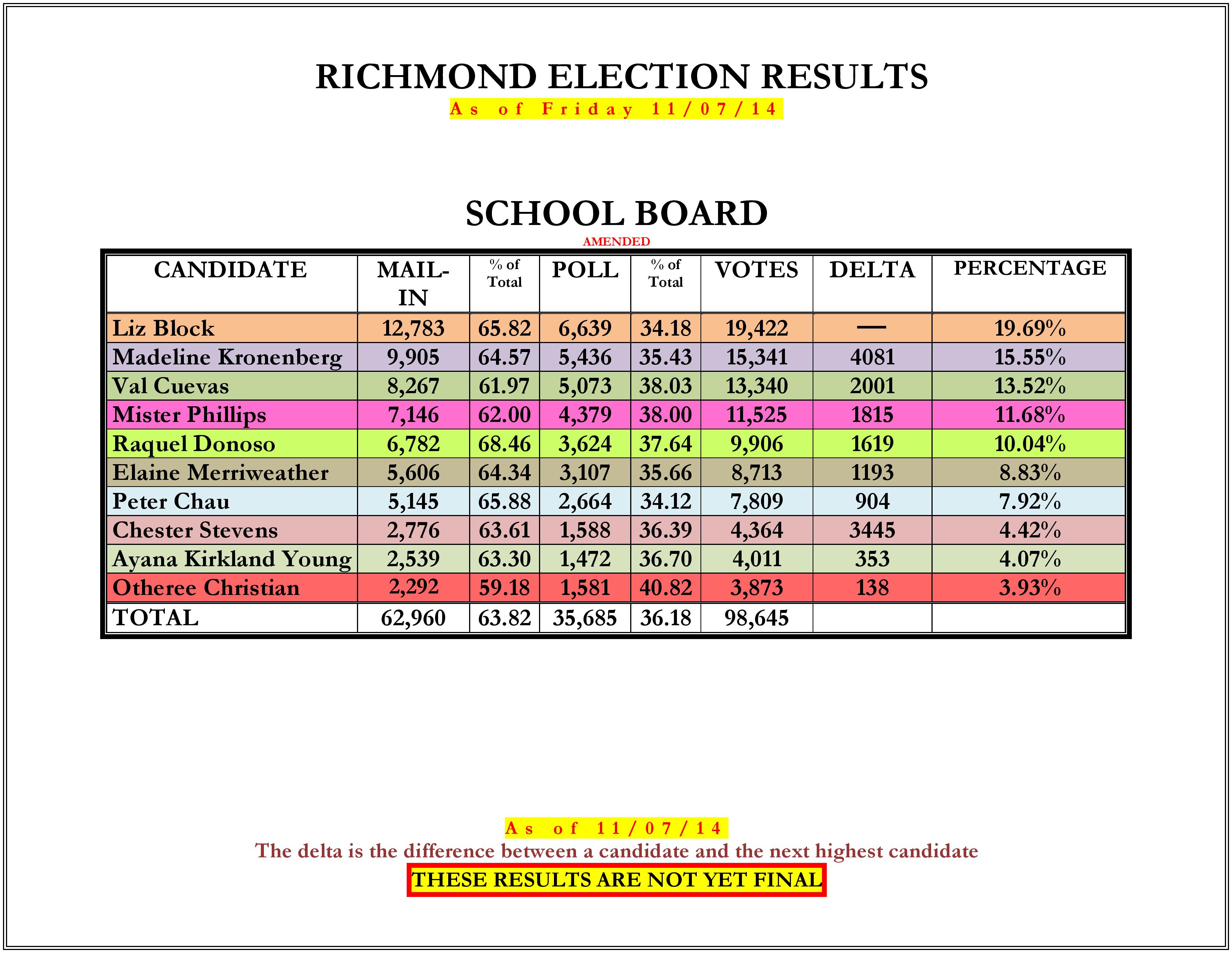