Getting to Know Rosie: Original ‘Rosies’ Tell Their Stories, Part 1 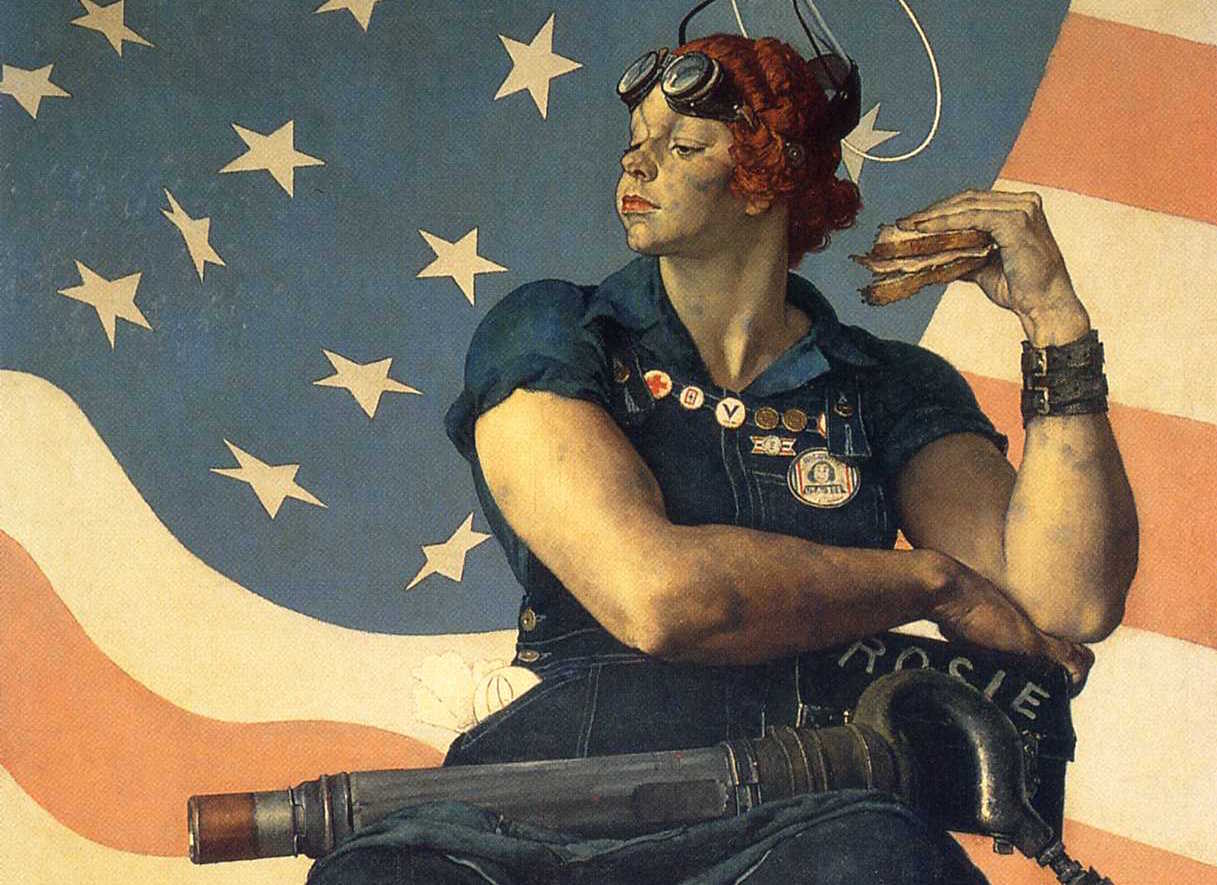 Sean Pyles (SP): Phyllis, Priscilla, thanks for talking with me. Can you start by telling me how you got your start in the shipyards?

Phyllis Gould (PG): Well, I was one of the first half dozen women welders hired by Kaiser in July of 1942. They hired us after they saw that the boilermakers’ union wouldn’t admit women, and Kaiser was more or less forced by the situation to admit women.

When we started, Kaiser hired a chaperone to bring us out to the workplace. It really was a pioneering thing for women to enter this really man-dominated territory, but everything worked out fine for us.

SP: The men saw that you could actually handle the equipment and do a good job welding?

PG: Well, it wasn’t only that. The folks at Kaiser didn’t know what the men were going to do. They could have been disrespectful to us, said disrespectful things. And most men didn’t believe in women working at that time.

We women never expected to work outside the home. We expected to get married, have a family, and be the homemaker. Here was this new thing happening —women doing real work. I was married, had a small child, and so it was really a pioneering thing at the time.

SP: What was your work?

PG: I worked on blueprints as a draftsman. I had training at UC Berkeley and was hired right out of training to go to the Kaiser Shipyard #3. They were building ships, but they would change the layout at they went along. It was my job to keep up with the changes. It was an exciting time. Everyone was united and everyone had a purpose. I never saw so many people in all my life working for a common cause, and it was a good feeling.

SP: Was your husband off in the War?

PG: My husband became a welder in the shipyards, too. When he said he was gong to go to school to learn, I said, “Well, I think I’d like to do that too.” I don’t know why I said it because I didn’t even know what a welder was.

Eventually, as I became a welder and eventually a Navy-certified welder, I was doing the same work he was doing for the same pay. But he was so opposed to it. It violated his image of himself as the breadwinner of the family.

Not only was this time revolutionary for the women, it was also a transition time for the men. Some didn’t handle it well. A lot of husbands were in the military, so they didn’t have that push of women in their work space. My husband was always at me to quit. Finally my husband just couldn’t handle it, so he left Richmond and went to Pearl Harbor to do repair work rather than work alongside his wife.

SP: Did you keep working after the war?

Priscilla Elder (PE): After the war there weren’t any jobs. We were told that our jobs were over because a lot of the men who were drafted took their old jobs back. We didn’t think anything of it. We were there just for the duration of the war.

We didn't care whether we had a job afterwards or not, because we weren’t raised that way. A woman’s place was in the home. We had no say so.

I always tell people we were second class citizens. Now people don’t look at it that way because they don’t know how it was, but we actually were. We were always second, never first. It was always the man —it didn’t matter where they were or who they were.

This is why, now, there’s never been a woman in the White House. I think it should be equal. I don’t think there should be any division because one is a man and one is a woman. I think most women work harder than men because they’re taking care of everything at the house. The restrictions on women were terrible, and I know because I’m 95 years old, and I saw all of this.

SP: What do you want people to know about being a “Rosie”?

PE: There’s a lot of ignorance about us, even here in Richmond. People don’t know that we’re here, and we’ve been a national park for almost 20 years.

PG:  All of us realize that we’re getting older. When we’re gone, our stories will be lost. I feel many people don’t know anything about any of us. I feel so much pressure now to do something with my time left. I’m going to be 94 in October, and definitely in this past year I’ve slowed down so much. I want a big statue on the mall in Washington, DC, but I have this idea for the national Rosie the Riveter day, too. It’s currently in a committee in Congress.

SP: Hopefully the Rosie the Riveter Day will be on our calendars soon. Thanks, Phyllis and Priscilla, for sharing your stories.

Stay tuned for another story from a "Rosie" tomorrow.