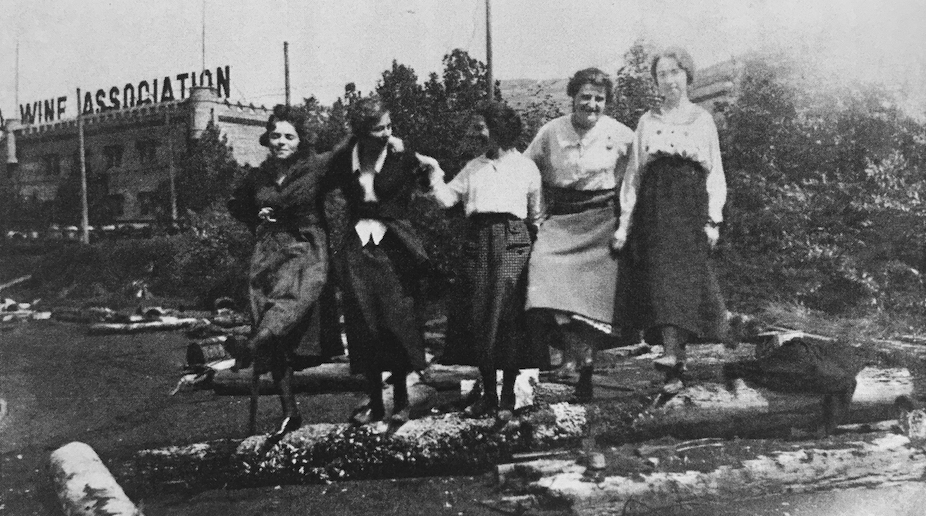 Richmond today is known for its robust African-American and Latino populations, but in the early 1900’s it was the city’s Italian population that was making waves in the City. Whether opening new businesses, working in the historic Winehaven building, or developing a thriving local community, Richmond’s Italian immigrant population was central to the small city’s culture.

Though this once-vibrant community has since dispersed and their history is all but forgotten, remnants of this community persist. Continuing Radio Free Richmond’s month-long history series, here is an exploration of the City’s Italian history.

Over four million Italians left their home country for America between 1880 and 1924, a majority of whom were young men seeking blue collar labor jobs. Many who came to California first settled in San Francisco’s historically Italian North Beach neighborhood, but the 1906 earthquake inspired many to leave the then-crumbled city in search of a new home that had both country and city charm, reminding them of life in Italy. 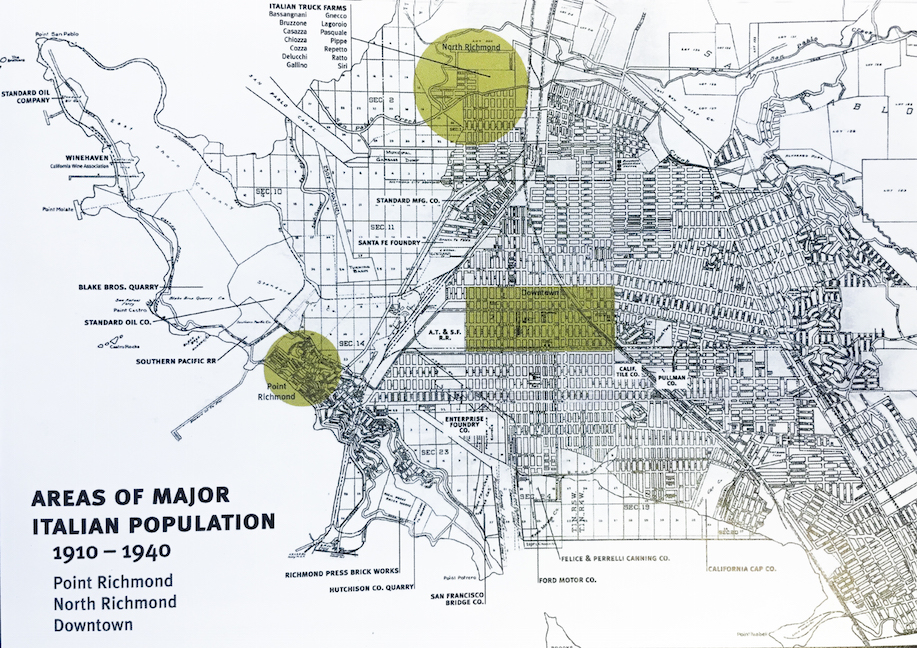 Richmond’s Italian population, many of whom originated from the northern region of Italy, were among the first settlers of Point Richmond, but they also clustered in North Richmond and along Macdonald Avenue. Their settlement in each location is closely tied to where they worked: Winehaven for those in Point Richmond; Standard Oil for Macdonald Avenue settlers; and Italian truck farms for those who lived in North Richmond.

Once the first immigrants, the majority of whom were men, earned a little money working in the city, many sent for their families to come out to Richmond. In doing so, they not only brought their familial ties, they brought the customs, values, and lifestyles to the City as well. 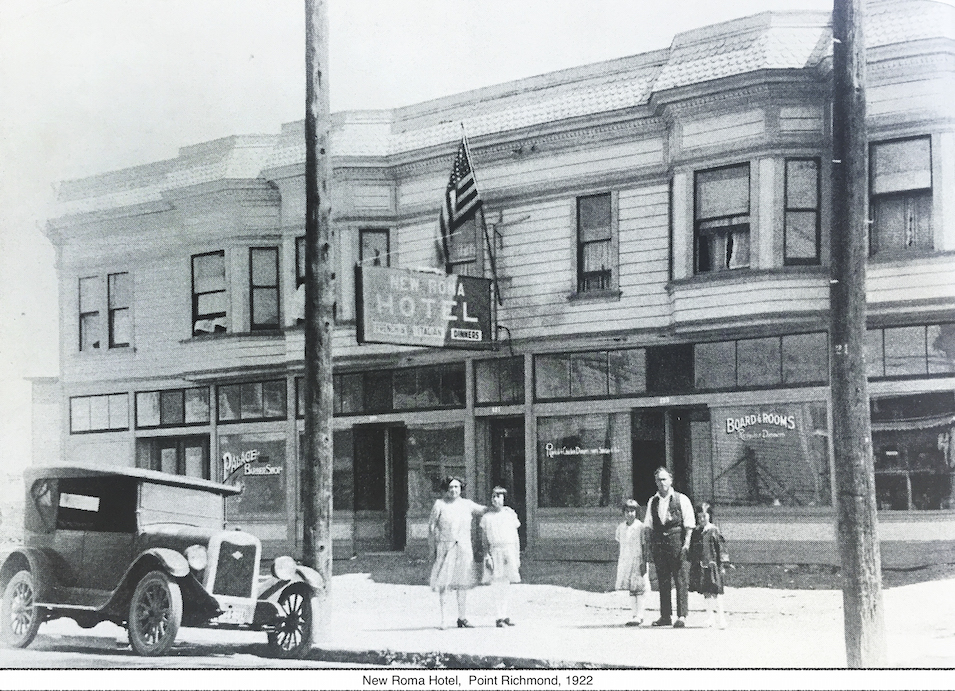 By 1930, nearly 10 percent of Richmond’s population was Italian, representing the largest ethnic group in the city. Signs of the thriving community could be seen from North Richmond down to Macdonald Avenue, where many opened small, family-run businesses.

One the Italian immigrants’ oldest customs was winemaking and this tradition helped them find employment in their new home. Many Italians worked in Richmond’s historical Winehaven building, once the largest winery in the world. 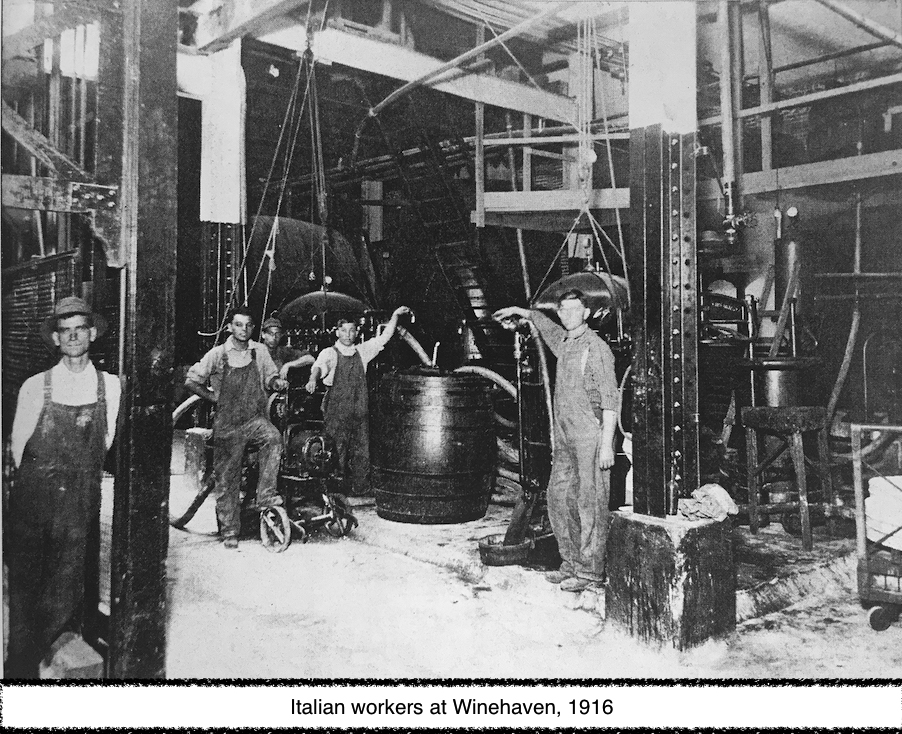 From establishing gardens in their backyards —a staple of any Italian household in Richmond —to holding steady blue-collar jobs, and establishing a community in their new home, the City’s Italian immigrant population thrived for a number of decades.

The pastoral life of Richmond’s Italian community crumbled in 1920 when the Volstead Act took effect and Prohibition effectively eliminated all wine-related jobs in the area. 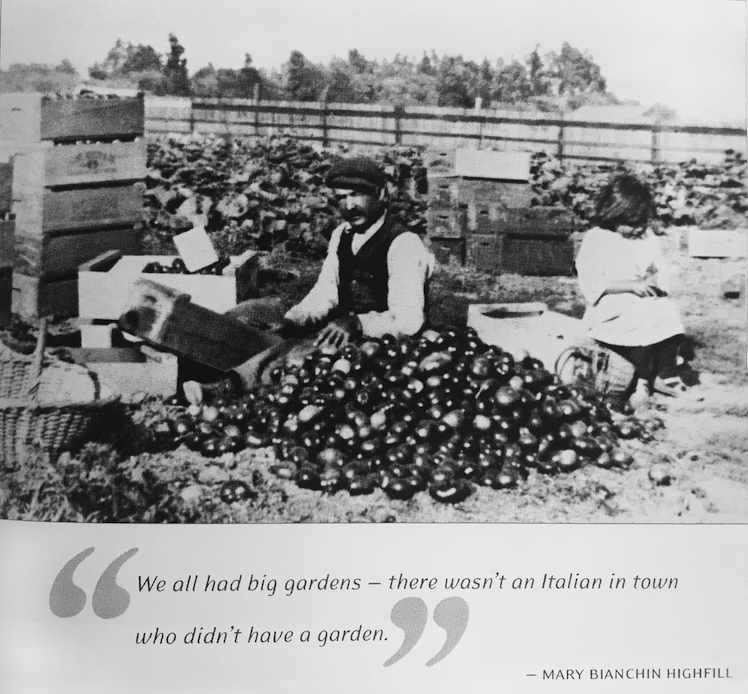 Perhaps even worse was the social stigma against Italians in America that took root during WWII. Non-citizen Italians were labeled enemy aliens and endured restrictions or relocations as unofficial prisoners of war on US soil. At the same time, their citizen counterparts often worked in the City’s booming shipyards and other war-related industries.

The resulting economic, political, and personal stresses on Richmond’s Italian population led to the loss of jobs and social cohesion. For some, such as long-time resident and business owner Martini Batistessa, it was too much to endure: he committed suicide as a result of the discrimination. 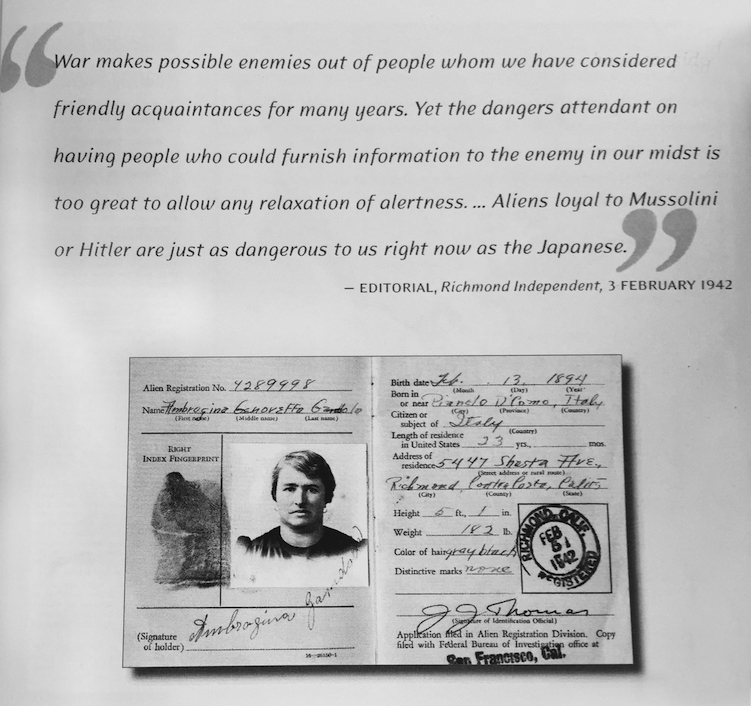 The once close-knit Italian community in Richmond dispersed after the war. Many families moved elsewhere. Children of immigrants married non-Italians and being Italian became a cultural heritage removed from everyday life rather than a core identity.

One lasting reminder of the city’s Italian past lies in the Galileo Club, a social club for Italian men founded in the 1930’s. The club was a refuge for Richmond’s non-citizen Italian population during WWII, and today it remains a social spot for the city’s remaining Italian descendants and a popular rental for private parties.

Information and photos from this series came from “La Nostra Storia: Italian Americans in Richmond” by Maria Sakovich, the California Italian Project, and the Galileo Club.