Jeff Wright: You should care about CARES 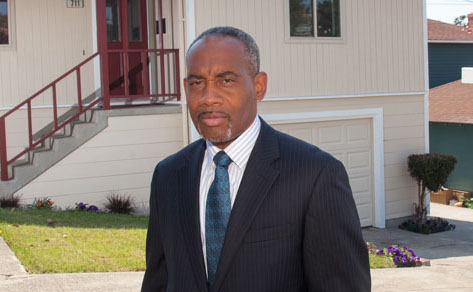 Do you know what the Richmond CARES program is or do you really even care? CARES – Community Action to Restore Equity and Stability is a program strongly backed by Richmond Mayor Gayle McLaughlin and promoted by Mortgage Resolution Partners, a for profit company. In the sub-heading of MRP’s promotional material it reads “Saving Homes, Saving Cities, Solving the Mortgage Crisis Locally.” The basic intent of the plan is to replace “bad underwater mortgages” with  “good mortgages.” Eminent domain is a tool that will be used to facilitate the process. The net outcome is supposed to be strengthened neighborhoods and a stronger city at large. On the surface and in concept that sounds great! The problem is that it may very well end up costing every Richmond property owner as well as every potential Richmond property owner substantial dollars in the form of lost property value and/or higher financing cost not to mention lost business opportunities for Richmond due to perceptions about a city government willing to implement this type of program.

Many people now refer to the program as the "Eminent Domain Plan" because one of the key components will require the utilization of eminent domain to seize certain underwater mortgages. Eminent domain has never been used for this purpose. At this point the plan is conceptual and theoretical. The chief architect of the plan is Cornell Law Professor Robert Hockett who believes that existing eminent domain case law principles can be applied in such a manner that his mortgage seizure concept will prevail in the face of the legal challenges that are sure to follow any attempt to seize a mortgage through the use of eminent domain. If the issue ever makes it to court it will likely be tied up in the system for many years to come. If Hockett and MRP are successful, in court the program can potentially earn the MRP investors  hundreds of millions of dollars or perhaps even billions.

How does Richmond, California figure into the plan? Inasmuch as the MRP program is untested, unproven and conceptual, it will have to go through the gauntlet of court challenges and ultimately prevail before the company and its investors can implement the program and begin to profit from the plan. MRP needs a city for a test case, a city that is willing to use their governmental power of eminent domain to seize a lenders mortgage. Because of the political climate in Richmond the City of Richmond thus far has proven to be MRP’s best opportunity to try to advance its cause. MRP has traversed the nation trying to find cities to participate in their program. There is a long list of cities throughout the nation that have examined MRP’s proposal and rejected it including Oakland and North Las Vegas Nevada both of which had severe foreclosure issues on a scale much greater than Richmond. The “help your struggling homeowners and make the banks pay for what they’ve done” pitch has been strategically and effectively deployed in Richmond by those who have an interest in advancing the program. This message has resonated and been fully embraced and “parroted” by a Richmond City Council majority led by Mayor Gayle McLaughlin, Vice Mayor Jovanka Beckles, councilman Tom Butt and councilman Jael Myrick. Other cities have been able to objectively evaluate the MRP proposal on the basis of cost/benefit and reject the plan – BUT NOT RICHMOND!

Some might argue that unlike the other cities that have rejected the MRP plan, Richmond is brave, courageous, bold and on the cutting edge for being the only city to really embrace the program. Others might argue that Richmond is foolish, merely a pawn in a sophisticated game of chess and that the leadership supporting the plan is out of their league and should instead be playing Tiddlywinks and Candyland.

As it stands right now the Richmond City Council is deadlocked. In order to advance the plan it requires five votes on the city council and there are only four votes supporting the plan. In order to circumvent the required five council votes Mayor McLaughlin and MRP have been attempting for over a year to get another city to join with Richmond to form a separate body referred to as a Joint Powers Authority (JPA). This body will be empowered to take the necessary steps including using eminent domain and will be totally independent from any city council oversight. Basically if Richmond can find a likeminded city the two cities will vote to form a JPA. In order to form the JPA it only requires a majority council vote which the proponents in Richmond have today, however that is subject to change depending on the outcome of the current election cycle. For the past several months San Francisco Board of Supervisors member John Avalos has been trying to get a resolution passed directing the negotiation of a joint powers agreement between San Francisco and Richmond to form a Homeownership Stabilization Program and Authority (JPA). The question that begs to be answered is why would San Francisco, a world class city with a median home price of $1,000,000 and a miniscule number of underwater homeowners even consider entering into such an agreement with Richmond? That question might best be answered by examining the political ideology of Richmond Mayor Gayle McLaughlin and San Francisco Supervisor John Avalos.

The City and County of San Francisco Office of the Controller issued a memorandum to the Mayor and Board of Supervisors on October 6, 2014 that stated among other things that there are 90,000 mortgages held by owners occupying their homes in San Francisco and that the number of beneficiaries for such a program will currently totally approximately 80 homeowners. The memorandum also pointed out the fact that the City of Richmond had to pay a premium to sale its bonds as a result of the eminent domain issue. San Francisco anticipates selling $1.62 billion in bonds in the next fiscal year. The Controller reported that if it cost San Francisco one tenth of a percent extra in bond penalty interest expense as a result of participating in such a program, that it would translate into an additional 30 million dollars over the life of the bonds. In view of these facts most people will probably agree that any member of the San Francisco Board of Supervisors voting in favor of Supervisor Avalos’ resolution is exercising poor fiscal judgment. For this reason alone it was not surprising when Supervisor Avalos’ item was pulled from the agenda of the October 7, 2014 Board of Supervisors meeting and rescheduled for the October 21, 2014 meeting where it was once again put on the back burner by being rerouted to a committee.  The program costs will far exceed any benefits in San Francisco as well as Richmond. It appears that the elected leadership in San Francisco understands this.  The question is will the current city council majority in Richmond EVER understand this?