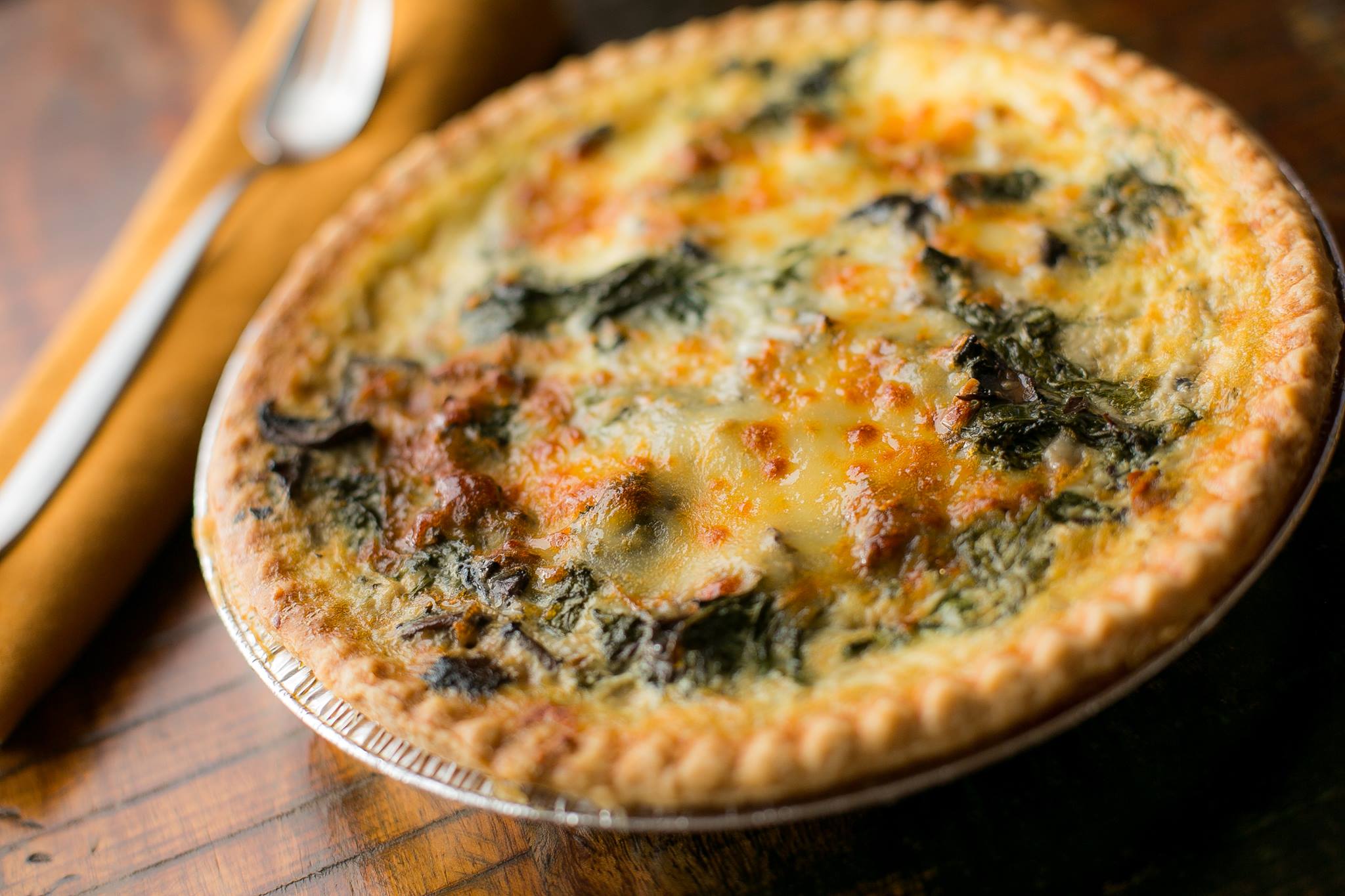 Quiche and Carry is a one-woman show, and its owner, Deborah Moss, is a master of her trade. From purchasing organic produce and meats, to rolling and shaping crusts, to pumping out quiches for farmers’ markets and catering events alike — the woman knows what she’s doing.

Moss started Quiche and Carry about three and a half years ago, and her business has since blossomed into one of the most delicious, niche local food businesses in Richmond.

“I have two skills that I really excel at,” Moss explains. “One is selling and the other is cooking.” Moss spent 15 years selling cars until one day she had enough and returned to her true passion: cooking.

Her manner is laid back and a little rough. As she talks with me in the kitchen space she rents out at the Artisan Kitchen & Cafe Moss, she is casually packing up a huge lasagna she made for the Richmond City Council to eat that evening.

“I’m a chef and I like really good food. I’m picky about that,” she says. When Moss talks about her food, it’s clear that this is her element.

Moss was working at farmers’markets around the Bay Area when the idea of diving into quiches head-on came to her. “I saw all of the colors of the food around me and I just started making the quiches at home,” she says.

Looking at the menu, Quiche and Carry seems like a Frankenstein-esque kitchen experiment gone right. Big vegetable medley quiches come stuffed with broccoli, cauliflower, zucchini, artichokes, olives, and cheese. There is also the sausage-potato-asparagus quiche, a favorite among customers. Everything is organic, local, handmade, and complexly delicious.

The only catch? Quiche and Carry isn’t a restaurant. Hence the “carry” part of the name: you can buy Moss’ quiches at farmers’ markets or grocery stores and carry them home to cook. If you don’t mind waiting a little bit for your food to cook (about 15 minutes at 300 degrees), it’s worth it. One of the smaller 5-inch pies is enough for a meal without leaving you too stuffed, and the 9-inch pies are easy to share. And if you want to have a meal catered, everything will come freshly cooked.

“I want to keep it all local, sustainable, and healthy,” Moss says. The quiche queen lives just ten minutes from her kitchen space and is very much a part of Richmond’s culinary scene, albeit in the background. Her quiches used to be sold at Catahoula Coffee, but they proved difficult to reheat in the space.

Now, Moss is looking to expand her customer base and show that a quiche is a perfectly acceptable item for a meal —and that it might even be the next trendy food to sweep the Bay Area.