Mayor Butt on the New Cycle of Gun Violence in Richmond 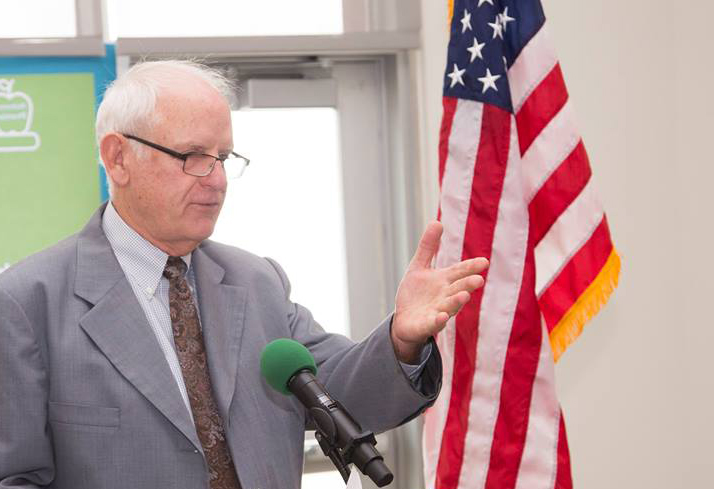 Richmond, Calif. – In response to the unsettling series of homicides involving youth in Richmond, Mayor Tom Butt provided the following:

At the end of 2014, we were both rejoicing and congratulating ourselves on the lowest Richmond homicide rate in 33 years. We thought we had found and implemented the right combination of innovative and successful programs to reduce gun violence in Richmond. So did others, as Richmond became the focus of national attention for our successes, including a visit from the United States attorney general.

In 2015, Richmond’s homicide rate almost doubled, but many dismissed it, or at least hoped it was an anomaly rather than a trend. We remained convinced we were on the right course. Perhaps we grew complacent.

Even more disturbing is the fact that recent victims were young, including 14-year-old Xavier McClanahan, 15-year-old William Barnes III, and 21-year-old Joshmahl Russell. It is likely the perpetrators are also young. Each victim has a personal story. This is what Joshmahl Russell wrote just last year in Hack the Hood Blog:

I'm Joshmahl Russell and I love to dance, write poetry, and play basketball. I've been dancing a few years and I enjoy the love I give out and I get back. I'm also into poetry, but it’s only when I take out time to choose to write and when I do, I would much rather know I'm in my zone. Thirdly, I like to play basketball. I love to hoop with my brother and friends. Lastly my favorite basketball position would be point guard.

Hack the Hood (http://www.richcityhackers.com/blog/category/joshmahl-russell) is an award-winning non-profit that introduces low-income youth of color to careers in tech by hiring and training them to build websites for real small businesses in their own communities.  During workshops and 6-week "Boot Camps," young people gain valuable hands-on experience building mobile-friendly websites, executing search engine optimization, and helping businesses get listed in local online directories.

My staff and I spent a considerable amount of time on Monday discussing these young men, the circumstances surrounding their deaths, and the feelings of loss and pain in our community. We knew we could not simply issue a statement about homicides in our city. Thoughts and prayers are not good enough. Instead, we must take intentional and measured actions to find out what we are not doing right and what we need to do to get back on a course that addresses gun violence.

Over a decade ago, we decided to follow the “public health approach” to gun violence, and it resulted in a successful and multi-faceted initiative that included such unconventional tools as the Office of Neighborhood Safety. It appears the time has come to review what appeared to be a successful strategy to update it to recognize current challenges, some of which may be different than they were a decade ago.

Policymakers at the Centers for Disease Control and Prevention (CDC) describe the public health approach as a four-step model: Define the problem, identify risk and protective factors, develop and test prevention strategies, and ensure wide-spread adoption of effective programs.[1]

Yet the public health approach is more than this model, for these steps are little more than a scientific approach to any problem. We believe that the public health approach has five key components. First, the approach is population-based and rarely involves identifiable individuals. Second, it focuses on prevention — usually as far upstream as possible. It is often more effective to change the agent and the environment in which the problem occurs than it is to focus on trying to change the individual with the last clear chance to prevent the problem (e.g., victim or perpetrator). Third, borrowing from human-factors engineering, public health uses a systems approach — trying to create a system in which it is difficult (rather than easy) to make mistakes or behave inappropriately and in which mistakes and inappropriate behavior do not lead to serious injury. Fourth, the approach is broad and inclusive — it examines all possible interventions, including changing social norms and passing new laws, and it tries to engage as many people and institutions as possible in a multifaceted way. Finally, the approach tends to emphasize shared responsibility over blame. Prevention works best when everyone is trying to help. By contrast, assessing blame can sometimes be counterproductive to the goal which is to prevent the problem from occurring.[2]

I have directed my staff to dig deeper and explore strategies and programs our office can work on to help build stronger communities of support for our children and families, and create positive atmospheres that allow our youth and young adults to thrive rather than simply survive. Our goal is not only to reverse cycles of violence in our city, but more importantly to ensure our young men and women – and their families – feel safe, supported, and connected to the communities they call home.

I have also asked the acting chief of police, the director of the Office of Neighborhood Safety and the leaders of Ceasefire and the Reentry Center to meet with me to discuss where we need to direct our efforts. My chief of staff, David Gray is engaging key community activists, educators and crime prevention experts to coordinate a community meeting. We need to have a focused discussion around the traumas in our community, the services that currently exists for youth, the services that are missing, and ways we can improve our effectiveness at supporting our youth and families. This will be an opportunity to break down the barriers that oftentimes divide us – politics, race, class, religion, neighborhood – and join together in a collective effort to chart a better path forward.

I have full confidence that our Police Department will continue to work around the clock to seek justice in the recent killings and focus their attention on combating gun violence. The process of reducing violence always takes considerable time. However, as has been shown in the past, we must take a holistic approach to address the systemic issues that impact our youth, families, and communities. Anything less will be ineffective.”