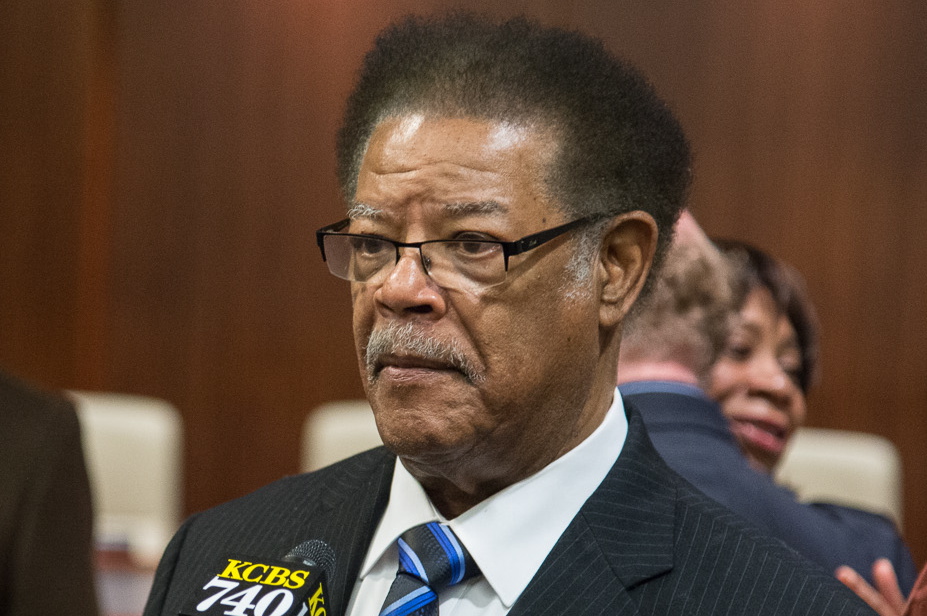 The last meeting before the City Council goes on the annual August monthly vacation was held Wednesday to clean up items that had been continued for weeks if not months. The awarding of contracts and several house cleaning items were passed without dissent.

On one item, Reverend Davis spoke and the Mayor chose to throw him out of the chambers as he retreated to this seat, which was unnecessary. It was her opportunity to continue her vindictiveness and payback toward Reverend Davis because of his conflict with the Vice Mayor several weeks ago. This was also her decision to call her second recess.

Prior to Mr. Goin's updated budget presentation, things became very unprofessional and ugly. A request was made to allow Mr. Goins' presentation to be moved up earlier on the agenda was met with deaf ears by the Mayor even though she had the authority to do so. Others were mindful of the fact that he had been sitting for hours in the chambers. For those who do not know, Mr. Goins underwent a serious back operation several months ago and continues to be slow in recovering. After the mayor resisted the request, a motion was made to overrule her decision. It was interesting that when the roll call vote was made, each Councilmember voted affirmatively to move the item up except Vice Mayor Beckles. Unfortunately for her, she anticipated the Mayor would vote no on the item as well and was left out to dry when the Mayor voted yes. The question is why would any Councilmember reject a request to move up an item to accommodate a loyal employee who has a physical condition? Only the Vice Mayor can answer that question.

In reviewing the budget, the deficit has increased from $5,957,780 as of July 1, 2014 to $7,196,146 as of July 30, 2014, an increase of $1,238,366.  The reason for this increase is directly associated with the majority on this Council who are playing politics and looking at the November election. In addition, instead of the City Manager providing a professional solution with sound recommendations to resolve the budget deficit, he is going along to appease the majority. I realize the City Manager works for the City Council but good and professional City Managers I have worked with in the past, would be up front and make recommendations based on what was in the best interest for the city and not the majority of the Council. In doing so, the Council always has the authority to overrule his recommendations but at least he would have provided the very best recommendations without politics being involved.

Unfortunately, this has not occurred because initially the City Manager indicated some 17 or more staff would be laid off to assist in balancing the budget but as of today, only two positions have been notified of a possible lay-off.

The City Manager's indecisiveness in not executing his initial promise has increased the deficit even more and has allowed for politics to raise its ugly head to the detriment of the citizens. Case in point, SEIU Local 1021 has endorsed the RPA slate of candidates of Michael Parker for Mayor, Gayle McLaughlin, Jovanka Beckles and Eduardo Martinez for Council even though the candidates closing date is still open though August 8, 2014. Therefore, it is clear in return for the union's endorsement, a majority of this Council have chosen to not layoff anyone as a promise for Local Union 1021's political and financial support.

As I have repeatedly stated, with revenue income of $134,000,983 and expenditures of $141,197,129, the only possible way the $7,196,146 deficit can be reduced is through an impressive increase in revenue or reduction in personnel through layoffs or a combination of both. But this being an election year, the majority of the Council refuses to do the correct thing and instead, has chosen to kicks the can down the road for another Council to clean up their mess in 2015. All of the deferred payback given back to the city will become effective next July 2015 and not only will the new Council have to deal with a continued deficit but additional expenses for salary increases to each and every bargaining unit. This has been the RPA and their dominated Council along with the city administration's way of responding to this crisis. What a way to run a city.

The final item placed on the agenda by Councilman Jim Rogers would limit Council Members asking questions and making comments to a five minute period of time together with a five minutes statement. The City Clerk, Ms. Diane Holmes indicated it would be a human nightmare trying to keep track of these times while doing her other duties. To my knowledge, there is not one city in the Bay Area and beyond that operates in this manner. Our problem collectively is the full City Council, together with the Mayor who dominates the meetings and frequently interrupts other council members as they speak, dictates to staff how to answer various questions and in general runs a very poor meeting due to her lack of experience and knowledge of a chair's and their responsibilities.

All of these latest efforts in limiting Council discussion to five minutes in overseeing various important projects and issues including a $141 million budget is one of the reasons we currently have a $7.1 million deficit. Perhaps if a few of us had asked more questions, we would not have been in this mess. Needless to say, the item passed 5 to 2 with Booze and Bates voting no.

Enjoy the link below with complements from my good friend of some forty years, Ron. Thank you.

Please note: The above comments are my observations and analysis as one Councilmember with views of what is occurring inside and outside of City Hall. Please feel free to share these comments with others should you desire. If you wish to be added to my email list, kindly forward your request to Natbates@comcast.net.