Passions Converge at Point Pinole: A Photo Study and Survey 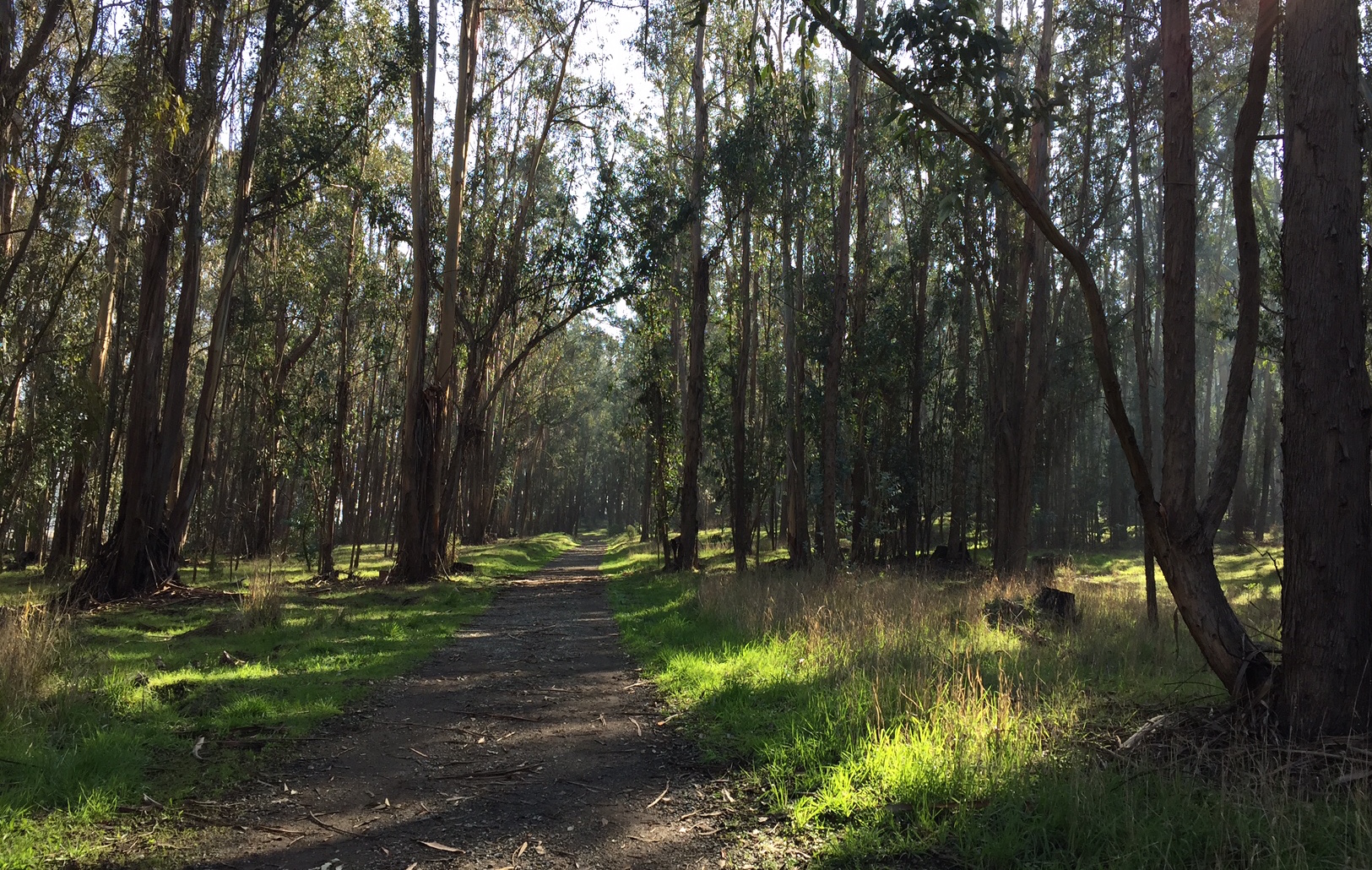 A cast of powers is hard at work at Point Pinole Regional Shoreline. As natural as the park’s towering eucalyptus trees, sprawling trails, and marshy shoreline may look, this environment is the calculated result of three local organizations. Their combined efforts have propelled the northern Richmond park from a dynamite-blasted space into a natural oasis, but their work isn’t over yet.

Development of the natural spaces and trails at Point Pinole mirror the experiences of many areas along the San Francisco Bay Trail. Exploring the forces at work behind the scenes breaks down how the work of dedicated and passionate individuals creates natural spaces in otherwise industrial areas. Here is a photo study and survey of how these energies are coming to fruition at Point Pinole.

“Working with Laura and Bruce is just like working with good friends,” explains Jim Townsend, Trails Development Program Manager at the East Bay Regional Park District (EBRPD). Townsend and his partners, Laura Thompson and Bruce Beyaert, all have different roles in developing Point Pinole and its facilities. Thompson is a project manager for the San Francisco Bay Trail Project, an organization from the Association of Bay Area Governments (ABAG), and Beyaert is the founder of Trails for Richmond Action Committee (TRAC).

Together, the three represent different interests that complement each other’s ultimate missions of making the Bay Area’s natural regions as accessible as possible.

“[TRAC’s] mission is easy to understand,” says Beyaert. “We’re here to complete the Bay Trail in Richmond. Once that’s done, we’re out of business. We are helper, worker bees for the City of Richmond, the Bay Trail Project and the Park District.”

Established, in 1999, Beyaert thought that TRAC’s simple task would be easy to accomplish. “We were very naive back then, Beyaert jokes. “We thought, how long could this take? It shouldn’t be that difficult. We had no idea about getting access to land, getting funding, establishing designs. It has really been a crash course in red tape.”

This gained expertise in bureaucracy has proved to be one of TRAC’s most important assets. “TRAC has really stepped up and pulled together grant programs, funding, and support from the Richmond City Council. Their outreach and efforts have made all the difference,” says Thompson.

In her work at the Bay Trail Project, Thompson is responsible for overseeing the development of all 500 miles of the Bay Trail. “My organization doesn’t have capacity to do what TRAC has done at a local level in regard to developing one city’s span of the Trail,” Thompson explains. 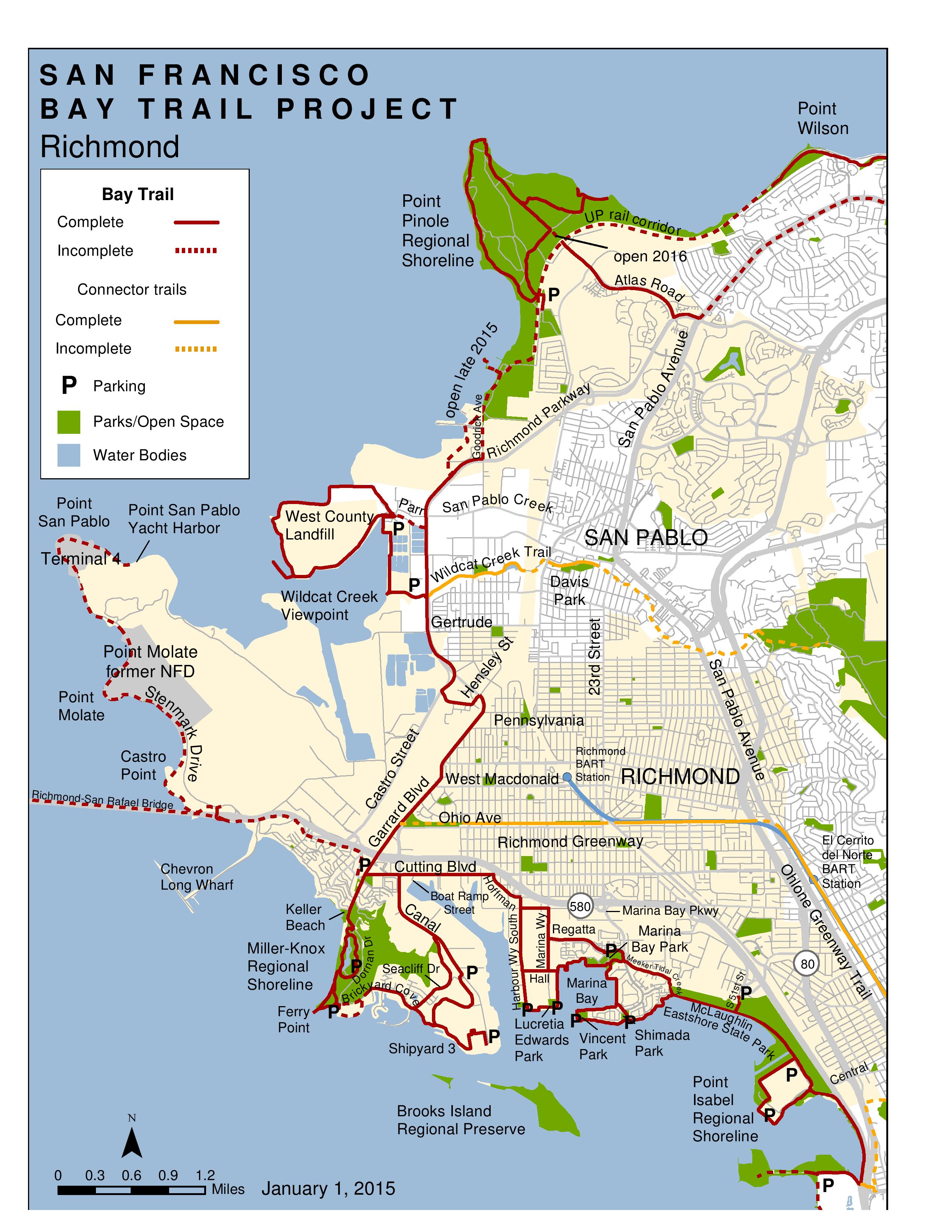 TRAC has been able to complete more than 32 miles of the Richmond’s Bay Trail — more than any of the 47 cities along the route. Though the city has more miles of shoreline than any other city in the Bay, just 10 miles remain in Richmond. Development around Point Pinole is one of the last milestones.

“Point Pinole is such a beautiful area, but it’s very isolated,” says Townsend. There are currently  4.5 miles of Bay Trail within Point Pinole, but they aren’t connected to the rest of the Bay Trail. This is where the collaboration between TRAC, the EBRPD, and the Bay Trail Project comes in.

Southern, eastern, and northern connections are being established to remedy this. A trail through the Park District’s Breuner Marsh property and the construction of a bridge along Atlas Road over the Union Pacific railroad corridor will become vital arteries upon completion. Achieving this involves regular communication and coordination among Thompson, Beyaert, and Townsend to coordinate funds, designs, and construction.

TRAC estimates that the connections will be complete by the end of 2015. From that point, Beyaert estimates it will be just another few years until the entirety of Richmond’s Bay Trails are established.

“The Bay Trail is a wonderful project,” the TRAC organizer reflects. “It’s free, people can get out there for recreation, and it’s there for everybody to enjoy. Best of all, you’re right there in that incredible space that we call San Francisco Bay.”