Philip Hu: Bay Area Residents Need “Fair and Balanced” News To Be A Reality, Not Just A Cheap Slogan 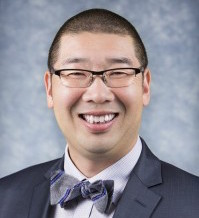 While most of us know the halcyon days of the highly respected news outlet are long gone, news media should still strive to execute their civic duty by responsibly disseminating factual and truthful information, thereby helping uphold real democracy.

Sadly, as powerful corporations buy up smaller news outlets, the responsibility to the public is rapidly replaced with the simple chase for ratings, site hits, page clicks, and advertising dollars.

The Bay Area News Group, with the Contra Costa Times in particular, has taken this dereliction of duty to a whole new level.  Its editorial section has fallen into the hands of an editorial board (by most accounts, it’s not really even a board anymore, just two people that control it) with an agenda to push and an ax to grind.

Over the last 18 months, at the very least, the Times’ editorial board has mercilessly—and often gleefully—attacked public employees, unions, and liberals in Sacramento.  They’ve made it their cause célèbre to systematically assault pensions, health care, retirement security…anything big corporate types want for themselves but find exceedingly distasteful when the most vulnerable in society want those things too.

While the editorial/opinions section of a newspaper has more flexibility in espousing a certain perspective, the duty of fair representation and balanced perspectives should still supersede the pushing of the board’s own ideology.  Just because it is the “editorial section” of a newspaper does not give carte blanche to the editorial board to shove their political positions down the throats of readers, especially if that is compounded with deliberate censorship to keep opposing views and refutations off the same pages.

Do a quick archive search through the Contra Costa Times’ editorial section for all columns and editorials that deal with public workers, pensions, unions, etc. and one can immediately see the wide disparity.  In just a near six-week span of time between June and mid-July of this year (2014), there were five pieces printed that were anti-public employees, anti-labor, anti-pensions, you name it.  That is basically one piece a week.

And how many responses or counter perspectives did the Times run in that same near six week period?  Zero.  None.  Zip.

And it’s not because nobody sent in any refutations.  Peter Nguyen, General Manager of Public Employees Union, Local #1 responded swiftly but his retorts were never published.  Specifically, Nguyen felt the strongest need to set the record straight after Dan Borenstein ran a hit piece attacking the pensions handed out by the Contra Costa Central Sanitary District (Central San)—a piece wherein Borenstein took two extreme, statistical outliers and [mis]represented them as the standard.  Borenstein’s piece was full of exaggerations and it omitted a lot of facts which did not go along with his desired narrative.

Nguyen sent in his refutation with an email that called into question the journalistic integrity of the Contra Costa Times for letting such a flawed piece to be published, and asked that his response be printed, without edits that would soften the tone, the content, and the headline, which read: “Borenstein Uses Half-truths and Omissions to Mislead Public on Sanitary District Worker Pensions”

Rather than being printed as a counter, Nguyen’s piece was met with “push back.”  Dan Hatfield, the opinions editor of the Times sent an email feigning indignation at Nguyen’s audacity to call a lack of journalist integrity a lack of journalistic integrity.  Hatfield then claimed that Borenstein was a big boy and can take his own hits…but then Hatfield swiftly buried the response and protected the “big boy” Borenstein from taking any hits.

And it never made editorial pages.  Nguyen’s response never saw the light of day because he dared call out Borenstein’s omissions of fact as well as Hatfield’s lack of journalistic integrity.

A couple of weeks later, Nguyen again submitted a guest opinion, this time calling the Times’ editorial board to the carpet on their imbalance as well as their absolute lack of coverage of the real reasons why city, county, and state treasuries were strapped.  Nguyen pointed out government giveaways to the private sector.

In that guest op-ed, Nguyen highlighted for the Times’ editorial board numerous examples of giveaways of taxpayer money to private corporations—often in the hundreds of millions of dollars—without one single peep from the Times.

These giveaways account for a major amount of real-time depletion of the public treasury.  Again, not a word from the Times.  That paper will incessantly moan about an extra $300 a month added to retirement but it closes its eyes, plugs its ears, and bites its lips on these kinds of abuse.

Here’s a quick sample of the private sector abuse of public funds:

•  The average American household pays approximately $6,000 per year in direct and implicit subsidies to corporations through their taxes.
•  An estimated $80 billion is spent every year on corporate subsidies.
•  Local governments shell out $9.1 million dollars PER HOUR to corporations.
•  For 2012 alone, California spent $4.17 billion on corporate incentive programs.
•  In Texas, Amazon received $277 million of taxpayer money in sales tax discounts and refunds.  Samsung received $232 million of taxpayer money in cash grants, loan guarantees and property tax abatements.

What did the Times’ editorial board say about this?  Nothing.

Northrop Grumman got $9.8 million of taxpayer money in 13 state grants for “free services.”  The Times’ editorial board said nothing.

SeaMicro in Santa Clara got $9.3 million of taxpayer money for cash grants and loan guarantees.  The Times’ editorial board said nothing.

Sun Microsystems got $7.6 million of taxpayer money for “free services.”  The Times’ editorial board said nothing.

For every one of these glaring examples, the Times said nothing.

Both Nguyen’s refutation of Borenstein’s piece and his editorial outlining the specific giveaways of taxpayer money to private enterprises listed above can be found here: http://www.peu1.org/cc-times-sidesteps-fairness-and-facts-yet-again/

Again, these two pieces should have been printed so readers and the citizens at large can see both sides and determine for themselves which side is slanting, hiding and dodging.  Nguyen and Public Employees Union, Local #1 have no problems with putting the Times’ pieces next to his responses.  Nguyen has every confidence that when examined side by side, Borenstein, Hatfield, and the Times’ contrived narrative will be seen as the propaganda mouthpiece that they are, and their supposed “points of argument” will fall apart.

While neither responses from Nguyen on behalf of public employees made it to print in the Contra Costa Times, they may have had some effect after all.  It is curious coincidence that after being blasted by these two guest opinions, the Times went nearly two months without a single column and/or editorial badmouthing labor unions, pensions, and/or public employees.

And then, surprisingly, on Labor Day weekend, the Times ran an editorial that highlighted income inequality in the bay area.  That piece can be found here:

But don’t be fooled.  This is not the Times’ editorial board suddenly finding compassion or finding a soul.  This is the Times giving lip service, pandering to the holiday, at best.

Consider how disingenuous it is for the Times editorial board to publicly slam public employees, pensions, health care, and unions for 18 months, and then turn around and bemoan the huge income gap that exists, and how the income gap the Times has suddenly discovered is leading to the disappearance of the middle class.

Adequate health care coverage and retirement security—along with a living wage—are some of the last pillars upholding the middle class.  And labor unions play a major, leading role in fighting for and securing those benefits.

The Times running that “aww shucks, middle class” editorial on Labor Day weekend, after heartily abusing workers and unions for a year and a half is actually beyond patronizing.

To run that piece on any day, given the Times’ long-standing track record of vilifying the pylons upholding the middle class, would be disingenuous lip service.

To run it on Labor Day weekend makes it wanton theatrics—like a spouse looking for a slate full of wrongs to be instantly cleansed, who offers as hollow apology a handful of flowers uprooted from a neighbor’s yard…roots, dirt, thorns and all.