Redge Green: Why I Came Back to Richmond to Co-direct Freedom Change 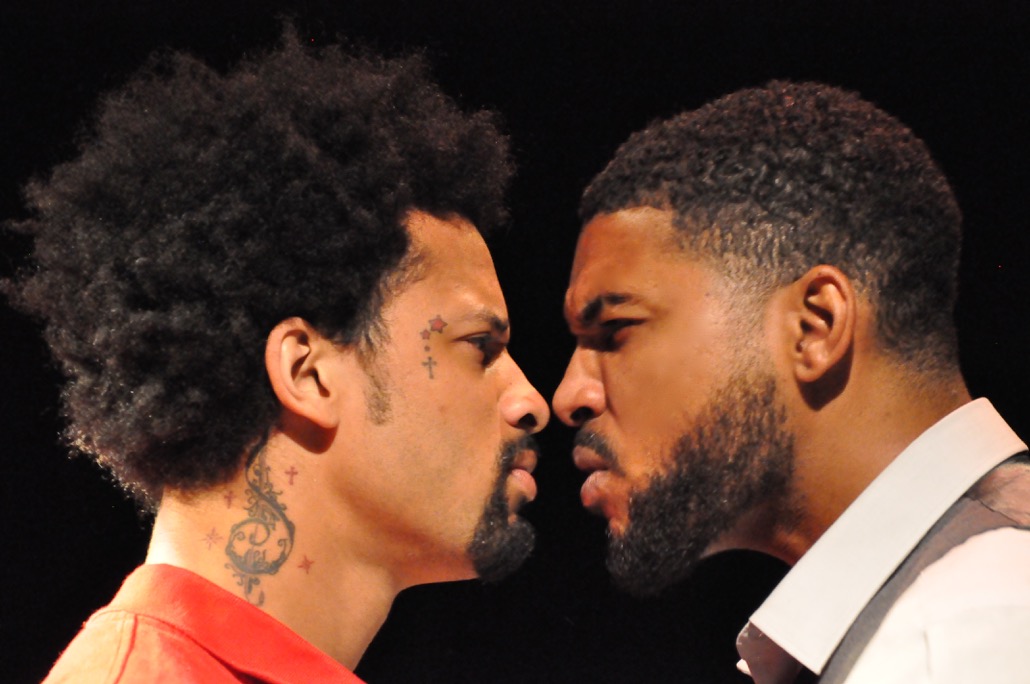 This weekend, Bay Area communities have the opportunity to watch Freedom Change, an original play that I co-directed along with Jordan Simmons, Artistic Director of East Bay Center for the Performing Arts, and the Director of the Iron Triangle Theater Company. Freedom Change is a new work of the Iron Voices Project, an ongoing public dialogue about race and opportunity with a special focus on young men and boys of color, led by East Bay Center, in coordination with a wide range of local partners.

Freedom Change analyzes how this society accepts the routine incarceration and release of young men and boys of color. The focus of the play is on one young man who finds himself locked up for a crime he didn’t commit. Following each performance on April 3rd and April 4th, we will have a facilitated dialogue with actors, creators, and the public around our collective response to the questions posed by the work – especially as it relates to our community here in Richmond and to the national crisis in America that many of our youth of color face.

One of my inspirations for coming back from Atlanta to work on Freedom Change is to give back, to inspire and to encourage Iron Triangle Theater students who started just like I did and who are still affected by social issues that once affected me. 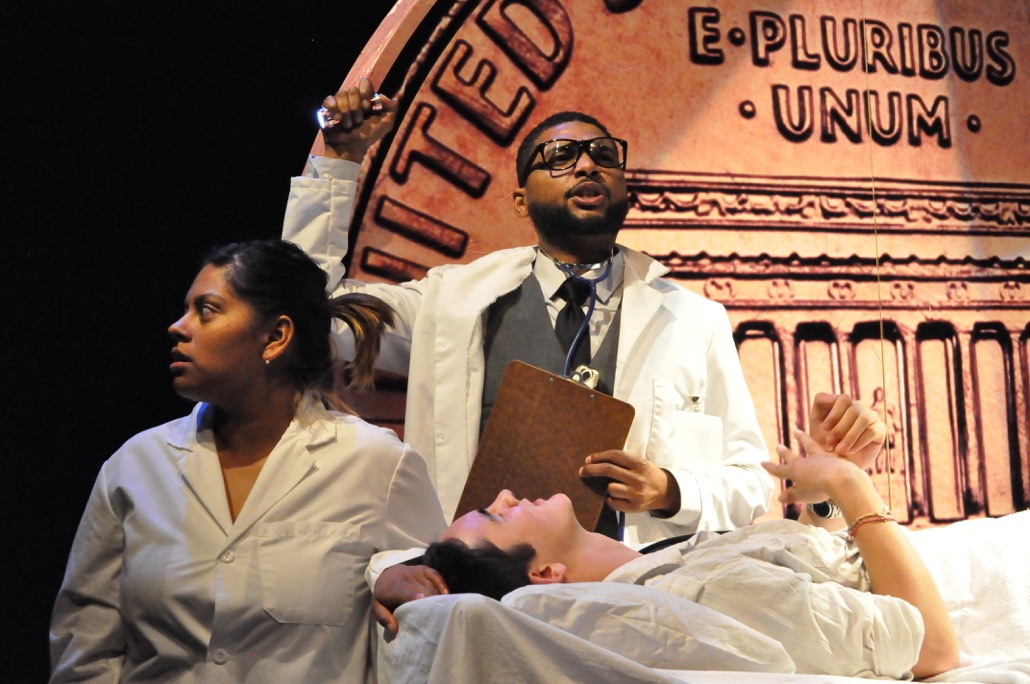 At the age of 6, and this is real, one man used me as a body shield, while another man shot at him, and nearly killed me; that’s why my chair is supported by wheels. At first I responded like everyone else; I said I’d just spend life feeling sorry for myself, but then I said wait a minute Redge, that is really insane, because I still got body and I still got a brain.

It was from my own will that I decided to create. I began in the Center as a student at age 13, through the Cedar Program, which utilized East Bay Center as a space for a summer program making a film documenting Richmond titled “Richmond Out of a Black Bird’s Eye” which was about one of the eldest residents in Richmond and how they migrated from the south. During this project, I found film as an outlet to expose physically challenged individuals as people with abilities (this was also after finding out that the actor, Raymond Burr, who played “Ironside” on TV, was an able bodied actor). That is what made me decide to become the first Afro-American paraplegic actor in the history of SAG-AFTRA. I overcame obstacles to become a professional actor at the age of 13 when I starred in a film titled “Able To Do.”  That film paved the way for a series of film and television appearances, including guest appearances in "What's Happening Now," "Different Strokes," "Highway To Heaven," "Fall Guy," and "After M.A.S.H." Eventually in 1991 I landed the role of Li'l Chris in Columbia Pictures' classic "Boyz N The Hood." 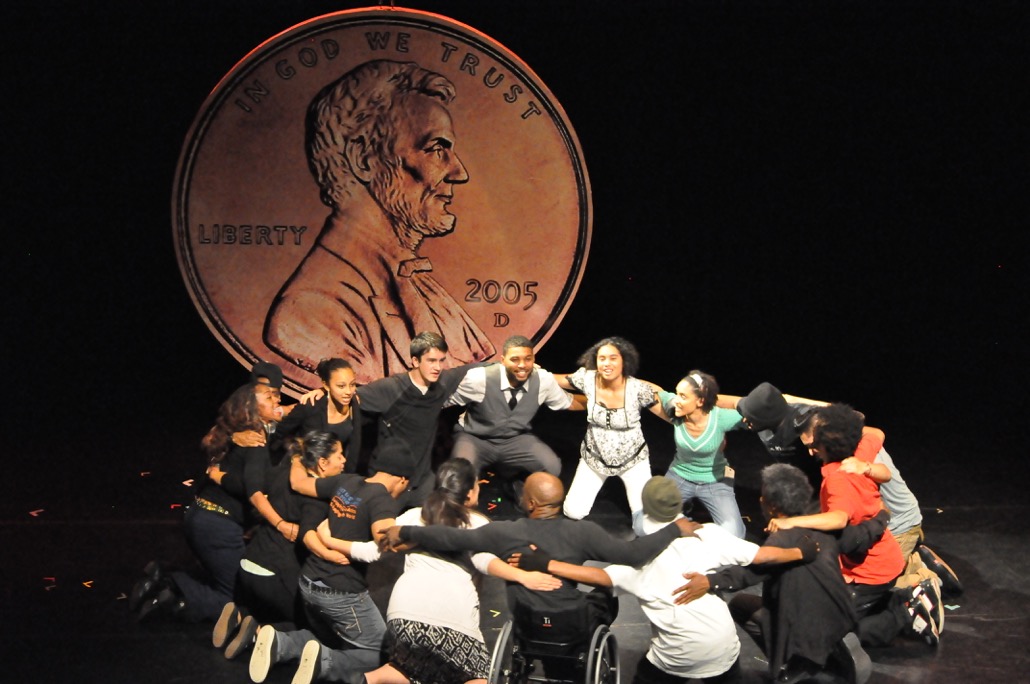 I have been involved with the Center since the beginning of my professional career; I commuted from Hollywood to Richmond during auditions and jobs in television and movies. I will continue to support the Center as an instructor and co-director of plays and films because I am a native of Richmond and I want to encourage Richmond youth, through East Bay Center for the Performing Arts, to use their creativity to go to higher learning or careers in the performing arts.

To me, our piece Freedom Change creates a healthy community dialogue without the negative focus on the current anti-police sentiment across the nation. The process of creating Freedom Change has allowed for a more unique way to engage many views of the community by our dialogue with the audience that is featured at the end of each play. Our major partner in the development and production of this piece was The California Endowment/Healthy Richmond Collaborative. As part of this project, we hope to tour the play in California and give other communities of color an opportunity to experience what we have been able to build through Freedom Change.

Freedom Change will be presented at East Bay Center on April 3rd and 4th at 8pm.

Price: $15 Adults, $5 Seniors (65+), Youth under 18 are FREE. No one turned away for lack of funds. Limited seating; we encourage everyone to RSVP at www.brownpapertickets.com/event/1369808