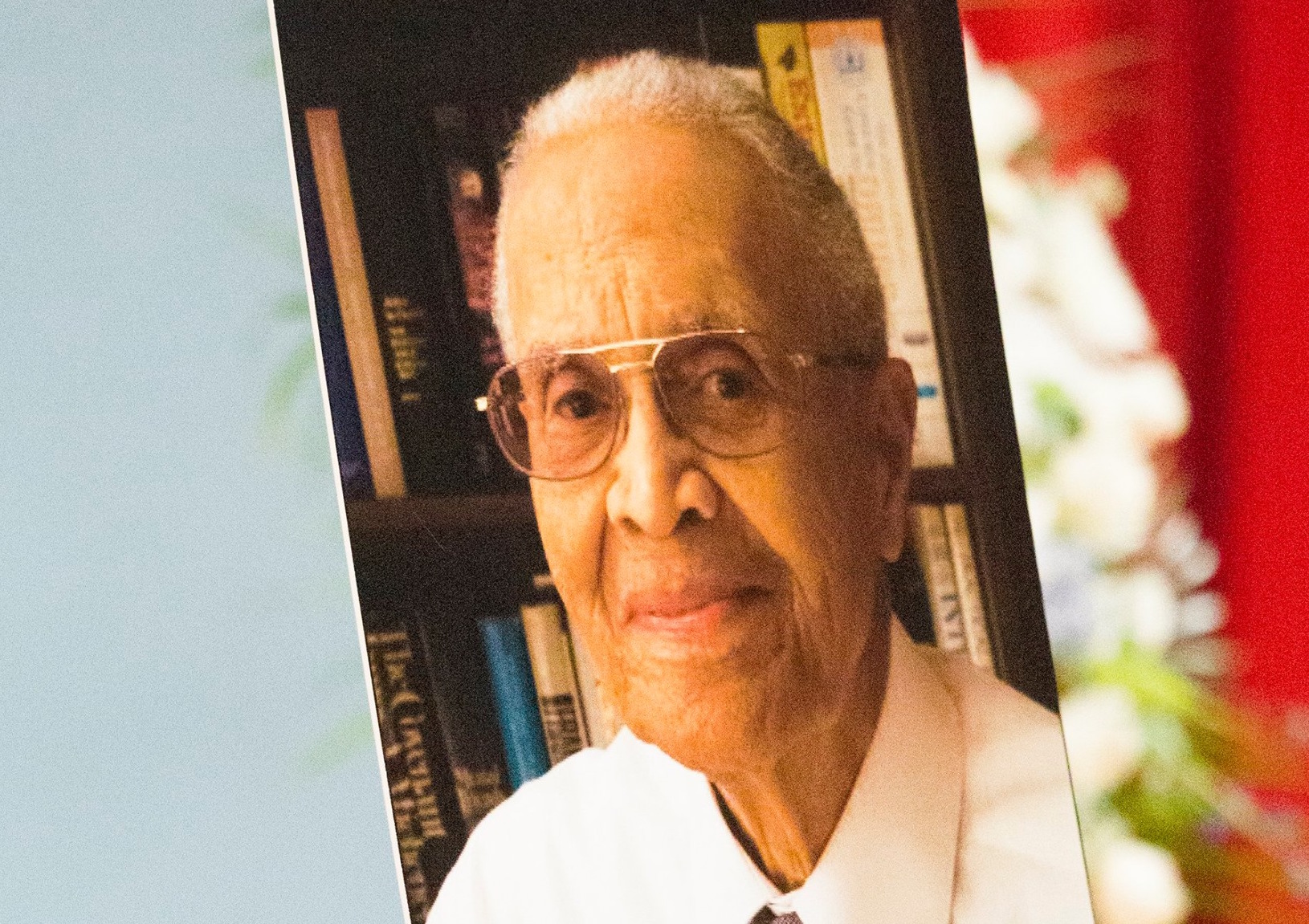 After a long and distinguished life and career as an attorney, as a judge, as a community leader, and as a mentor to countless young men and women, Judge George D. Carroll passed away in his sleep on January 14, 2016 at the age of 93.  His memorial service, attended by nearly 200 members of his family, his fraternity, community leaders, elected leaders, and regular people from the community, was held at the Richmond Memorial Auditorium on Wednesday morning to pay homage to a man of many firsts.

Migrating to Richmond in 1952 with his wife Lorna, Judge Carroll helped establish the West Coast Chapter of the NAACP and became the first African American attorney in Richmond.

Judge Carroll loved his new home in Richmond and remained here for more than 60 years.

Judge Carroll married his second wife Janie in 1976 and she remained the love of his life for the next 40 years.

One of the last major trips made by Judge Carroll was to attend the Inauguration of President Barack Obama.  It was a day he thought he would never see.  The President even wrote Judge Carroll a letter thanking him for his life of service and for opening the very doors he himself would walk through years later.

Friends, family, and colleagues rose to speak in honor of Judge Carroll and told of how he inspired so many people over the years.

Family members told many stories about their loving father and grandfather and how he influenced their own lives.

Judge Carroll was a member of the Alpha Gamma Boulé of Sigma Pi Phi Fraternity for more than 50 years.  Some of his fraternity brothers paid homage to Judge Carroll and performed their rituals as they bade him goodbye.