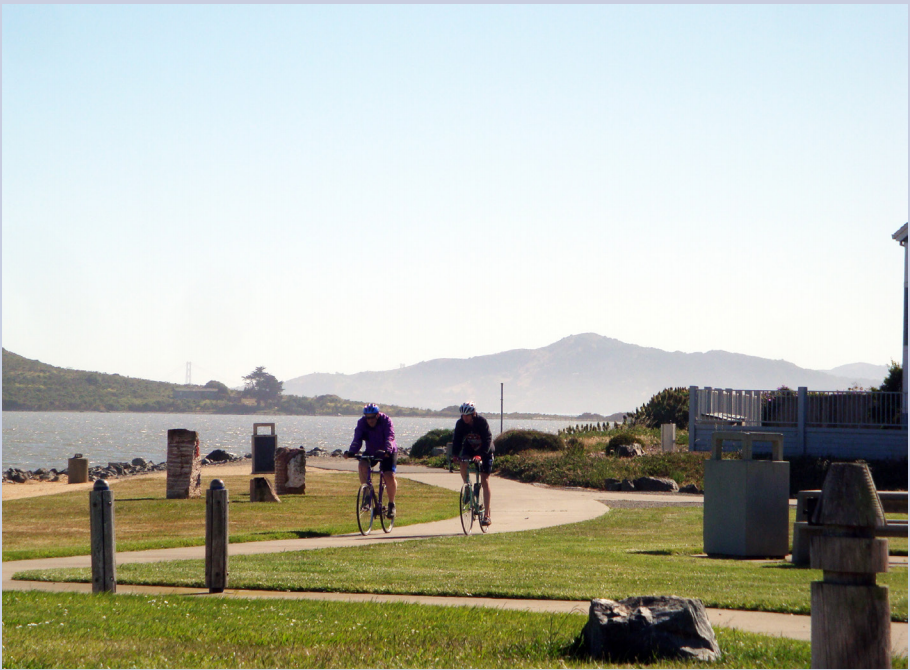 Marks of an industrial history persist in the empty lots, abandoned buildings, and crumbling streets of South Richmond. The Richmond Bay Specific Plan (RBSP), a new endeavor from the City, is working to change that by pushing this neighborhood into a new era by promoting new, tree-lined corridors for transportation, expansive commercial space, and mixed-use residential neighborhoods.

The Plan, carefully crafted to encourage and adapt to new growth in the area, has been in the works for years. Some residents and business owners in the area, however, have felt ignored in the Plan’s development process, leading them to doubt whether such changes are even necessary in the traditionally industrial neighborhood.

“The last thing I want to do is get in a fight with anybody,” says Val Nunes, President of Sales at Dreisbach, a nearly 60-year-old company which specializes in the cold storage of food. Their Richmond warehouse is one of the largest in the Bay Area, with over 400,000 square-feet of space spread over 26 acres and employees over 1,000 people, many of whom are Richmond residents.

“Our main concerns with this are that it’s moving too fast, that we as business owners haven’t been involved in this at all, and that the zoning they’re proposing for the school may not produce as many jobs as they think,” Nunes says. “It may actually take jobs away from this area.”

At the core of the RBSP is the proposed University of California Berkeley Global Campus. Over the next 40 years the $1 billion project is expected to grow into a 135-acre, 5.4 million square-foot development which is expected to bring thousands of jobs to the area. 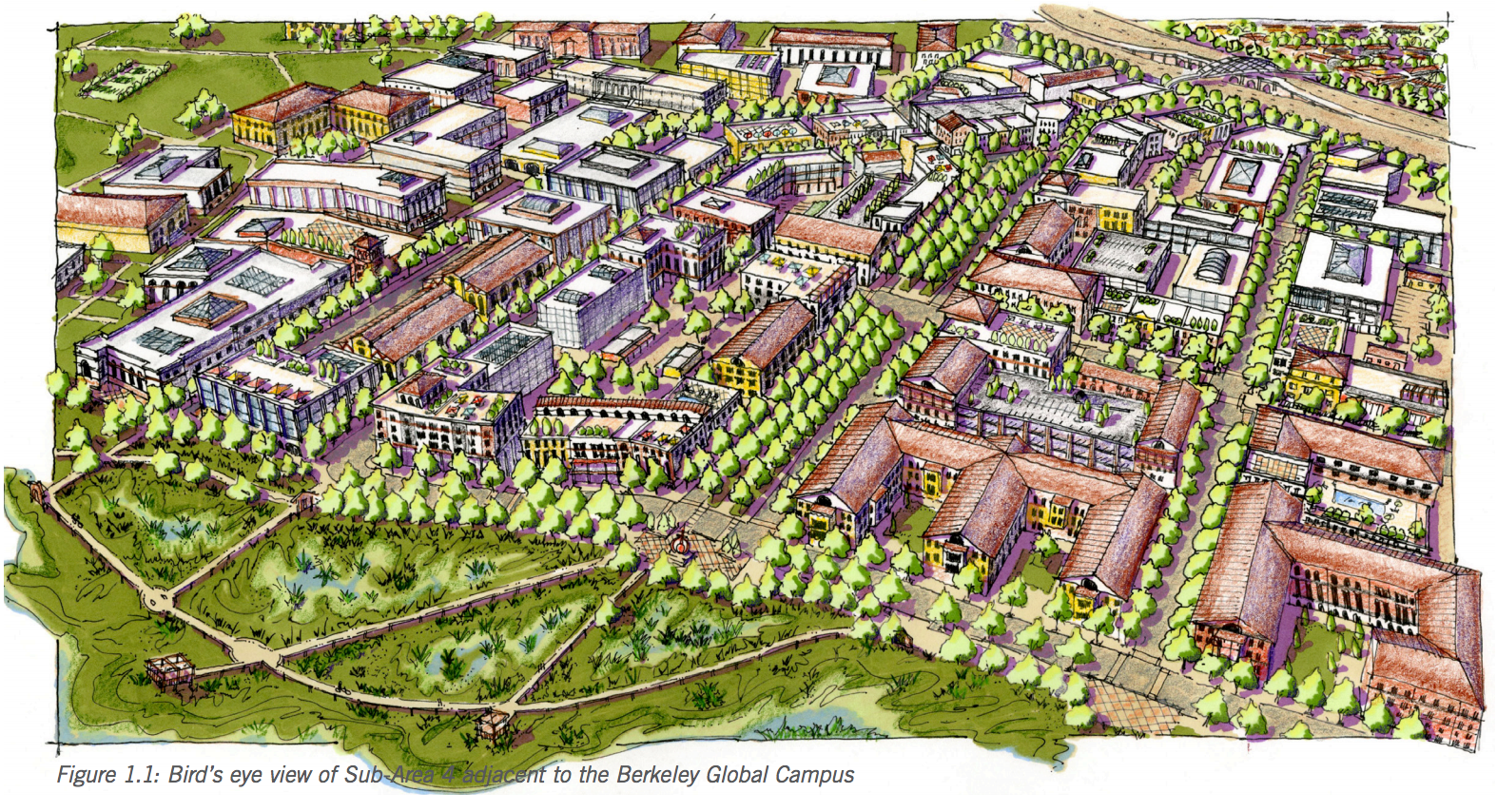 In tandem with the South Richmond Transportation Connectivity Plan (SRTCP), which works to establish new transportation routes for the anticipated increase in automobile, bicycle, and pedestrian traffic, the development plan is forward thinking and has been in development for years.

“We’ve reached out to the community through a variety of means,” says Lina Velasco, Senior Planner on the project from the City of Richmond. Since the spring of 2013 the Planning Department held a number of community workshops, created a website, and sent out mailers and worked with organizations like the Council of Industries (COI) to inform local stakeholders and develop the plan based on the community’s needs. As was noted by Katrinka Ruk, the Council of Industries’ Executive Director pointed out, the COI does not represent all of the businesses located in this area.

Because of the interconnectedness of the RBSP and SRTCP, both re-visioning plans fed off each other’s comments to develop cohesive development strategies that meet the needs of the area and the community.

Even so, residents such as Garland Ellis, Vice-President of the Richmond Annex Neighborhood Council, feel that their concerns have been excluded from the process.

“I can tell you unequivocally that every single neighborhood council that was in this area did not agree with this transportation plan, they also don’t agree with this plan now,” Ellis said during a recent City Council meeting. “There are a lot of different plans about what to do with this area, and there’s no consensus on this.”

According to the RBSP document, “the Plan articulates a clear vision for the area as a series of distinct, walkable, mixed-use neighborhoods that can accommodate over 5.6 million square feet of research and development uses, 720,000 square feet of retail and services, over 4,000 housing units, and 145 acres of public and natural open space.”

The Plan itself spans over 500 acres, but its sphere of influence is much larger. Stretching from the El Cerrito BART station, up to the El Cerrito Del Norte station, and west to Harbour Way South, planners behind the project anticipate that when implemented the plan will transform the nature of this area. 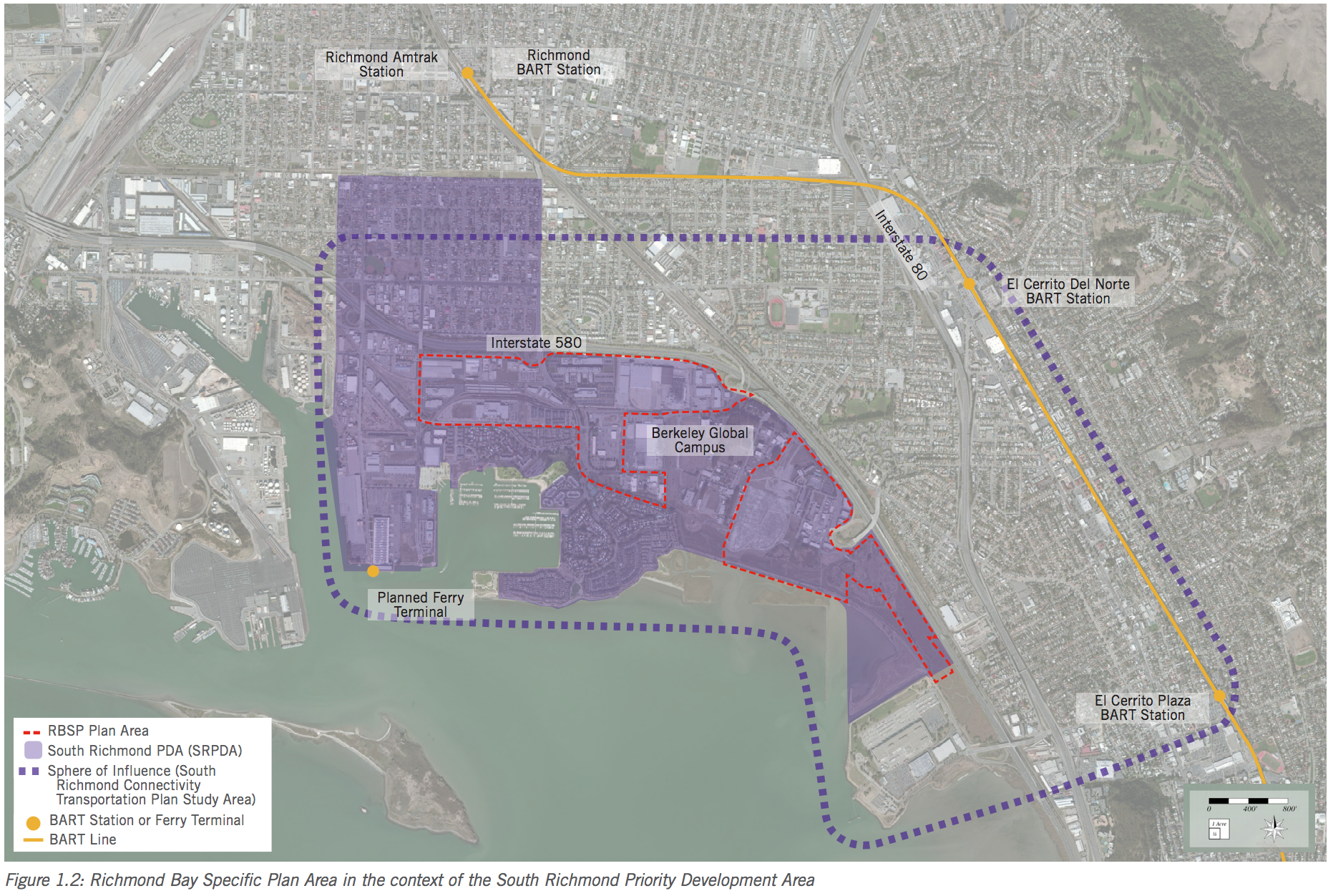 Timeframe of and investment in the plan remain in question. The plan itself prompts a number of re-zonings in the area which are designed to encourage but not fund particular types of transportation, residential, and commercial developments. Such developments will come from private entities.

The plan will come before the City Council tentatively in May 2016, but uncertainty of when development would happen leads Nunes to question its necessity at this time.

“We think it’s moving very fast,” the Driesbach employee says. “It’s going to be maybe 10, 15, 20 years until the UC Berkeley campus is something that will bring jobs to the area. That’s going to change the area, of course, but right now there are industrial companies creating a lot of jobs and investing millions of dollars to the area, and this plan could shut that down. If they had given me the chance I would have told them this.”

Between the community meetings from both the RBSP and SRTCP, the City’s Planning Department believes that their vision for the area has taken the community’s concerns into consideration and is needed so future development is in line with the functionality of the neighborhood.

“Existing businesses will be able to function as they already are,” Velasco clarifies, “but we’re seeing interest in this area, especially with the development of the Berkeley campus, and this plan is intended to ensure that new developments conform to how the area will change.”

A number of details about the plan are currently being worked out — such as establishing a buffer zone between industrial businesses and residential spaces, and planners are currently taking public comment until November 16. Velasco encourages community members and business owners to reach out here to share their thoughts on the proposal.

Despite concerns from local residents and business owners, the RBSP and SRTCP are moving forward, though it will be some time until any new development break ground. Velasco estimates that the first project could be as much as a year away.