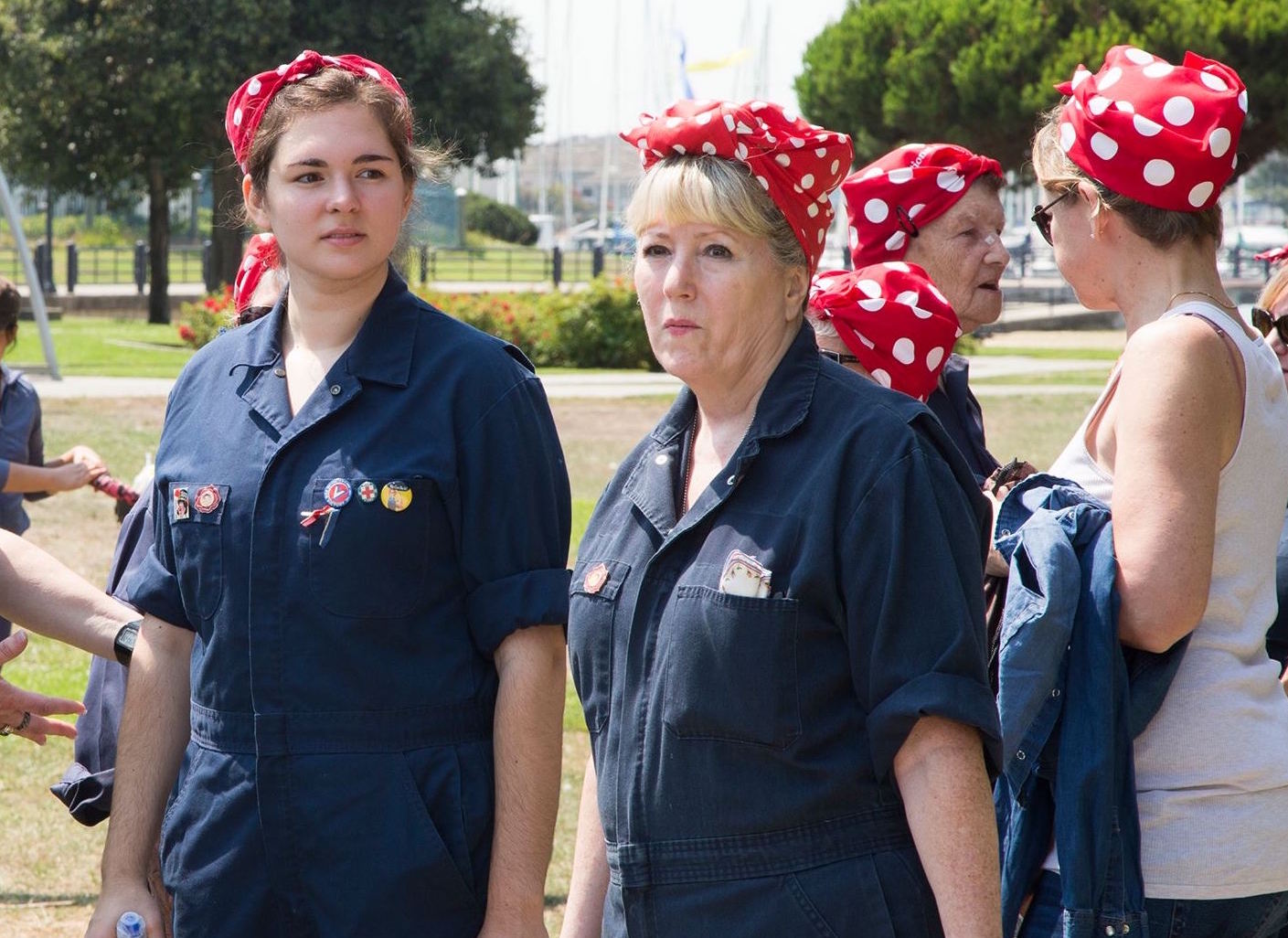 It was cause for celebration throughout the Bay Area in August when 1,084 Rosie the Riveter lookalikes gathered in Richmond to earn the world record for the number of Rosies gathered in the same place at the same time, mere feet away from where Rosies turned out 776 warships during WWII.

Halfway across the country, however, the victory sparked a war, and on Saturday Richmond lost the record so recently claimed.

The Yankee Air Museum in Belleville, Michigan announced just a month after Richmond’s victory their plan to reclaim the record. Ypsilanti, Michigan, which is just down the road from Belleville, held the previous record for a turn out of 776 Rosies in March of 2014.

Richmond one-upped Ypsilanti with over 300 additional Rosies, and the Belleville-Ypsilanti community decided to fire back.

“We are humbled yet thrilled that so many people in California came out to honor the women of WWII by breaking our world record,” Kevin Walsh, executive director of the Yankee Air Museum, told Hometown Life. “Now we ask the women of Michigan to take pride in this historic local treasure and bring the record back home to Rosie’s factory, because victory started here.”

The Michigan community stuck to their word and had a record-breaking tentative count of 2,090 Rosies on Saturday.

Saturday’s event was organized to both reclaim the record and to save the Willow Run Bomber Plant, which during WWII turned out over 8,600 bomber planes from 40,000 women and men. One of the workers, Rose Will Monroe, is now credited as being the namesake for the WWII icon Rosie the Riveter.

Though Richmond and Ypsilanti may disagree on which is the rightful home of Rosie the Riveter, at the heart of both of these efforts is a dedication to keep the memory and spirit of Rosie alive for future generations.

It is this dedication to honoring the history and progress of women during WWII that has led Sue Fritzke, acting superintendent of the Rosie the Riveter/ WWII Home Front National Historical Park to not pursue a rivalry with the Michigan record.

"We’re thrilled that they were able to do this, and it’s just showing more recognition throughout the country of the role women played in WWII," Fritzke said. "We don’t want to get in a situation where it's tit for tat about this record. That would only distract from our mission of celebration the progress of women."

For 2016 Fritzke is planning an event similar to the August Rosie rally, and it may yet feature a large number of Rosies, though the acting superintendent stressed that it will be focused more on the centennial of the National Parks Service.