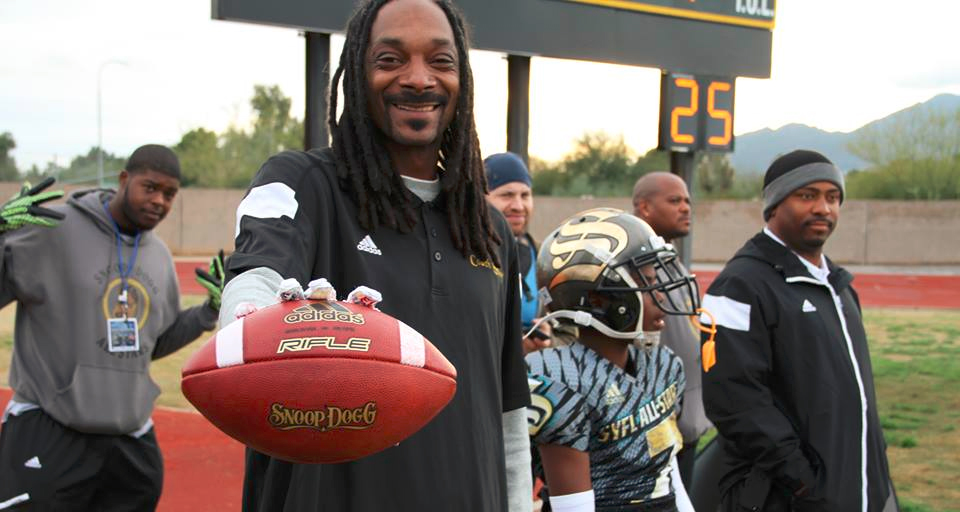 Snoop Dogg will be among the coaches trying to guide their youth football teams to season opening wins at Kennedy High this Saturday.

We told you in May how the Richmond Steelers recently joined the Snoop Youth Football League, an ever-expanding organization started by the famous rapper in 2005. On Saturday, the season begins with the Diamond Valley Steelers of Southern California traveling to the Richmond Steelers’ home base.

Snoop is both the president and a coach of the Diamond Valley Steelers organization.

Games will be played from 8 a.m. to 5 p.m. at Kennedy High, said Lil Ric, a Richmond resident and Steelers coach. At 1 p.m., Snoop will coach the Diamond Valley Steelers’ 12-under team against Michael VanHook’ 12-under Richmond Steelers.

Snoop is quite apparently pumped about the new season. He took to social media to discuss his team’s preseason ranking, and added that “it should b fun 2 c who is really. 1.”

Community members are encouraged to come cheer on their Richmond Steelers. Kennedy High is located at 4300 Cutting Blvd.