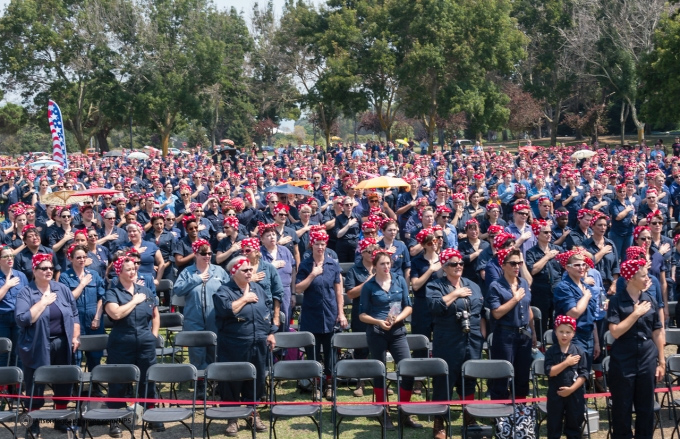 Officials with Guinness World Records have confirmed that a world record was set in Richmond on Aug. 15 when 1,084 people dressed as the iconic Rosie the Riveter gathered to commemorate the 70th anniversary of the end of World War II.

Rosie the Riveter Trust alerted us to this news Friday. 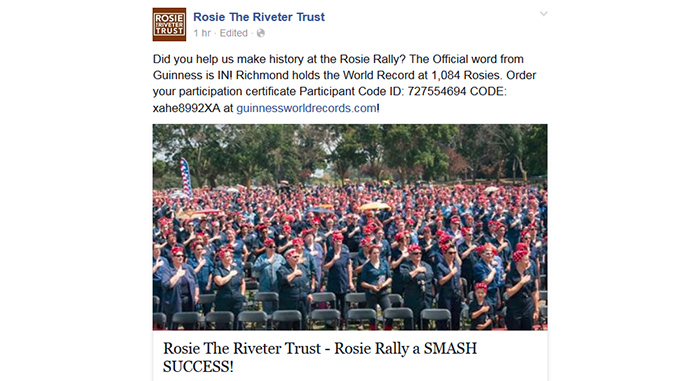 Women of all ages donned coveralls, work boots and spotted bandanas for the Rosie Rally, which took place at The Rosie the Riveter Memorial in Marina Bay Park. With 1,084 confirmed lookalikes, the women broke the record set last year when 776 Rosies met at the Willow Run Airport in Ypsilanti, MI.

Rosie the Riveter represents the character on WWII-era posters summoning American women to work, many in factories, while men battled overseas.

The world record effort was a partnership between the Rosie the Riveter park and Trust, the Richmond Convention & Visitor’s Bureau and The City of Richmond with support from the Spirit of ’45 and the American Rosie the Riveter Association.

Here’s a fantastic recap of the event by KQED:

Reposted from The Richmond Standard