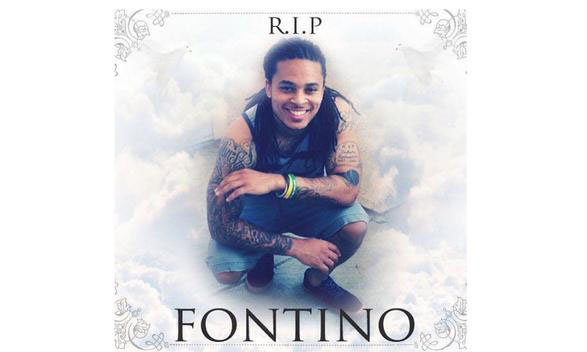 Community members and media outlets alike are beginning to raise questions about the recent uptick in crime in Richmond, particularly after the fatal shooting of 29-year-old Fontino Hardy Jr. (pictured above in a photo from Twitter) at Monterey Pines Apartments on Tuesday.

Since Hardy’s death, the community has been on edge and police have increased patrols to respond to possible retaliatory attacks. Some residents are also concerned about the overall uptick in crime during the first half-year in Richmond.

On Friday, Erin Baldassari of Bay City News pointed out that the city has seen 10 homicides in the first half of the year, a significant leap when considering the homicide total for all of 2014 was 11, a 33-year low.

On Thursday, Sean Pyles of Radio Free Richmond noted that violent and property crimes are up by 16 percent and 14 percent, respectively, when compared to the first half of last year.

Several possible reasons have been attributed to the crime uptick. Police Capt. Mark Gagan told Radio Free Richmond more potential criminals are on the streets since the passage of Prop. 47, which reduces penalties for nonviolent drug-related offenses, and also the 2011 state prison realignment bill.

Funding reductions for police services locally, federally and via crime-prevention nonprofits are also cited. The department currently has some 170 officers on the streets, 30 less than it desires, Gagan told Radio Free Richmond. The city had to cut back on services to close a budget deficit.

In his interview with Bay City News, Police Chief Chris Magnus seconded Gagan’s points and added that crime upticks can be cyclical. He also noted that a continued lack of “economic and educational opportunities” in Richmond contributes to crime.

“You get a number of people off the streets, either those who make better and different life choices and in other cases, they’re incarcerated, and then you have this lull,” he told Bay City News. “The problem is, you also create a vacuum that is not necessarily being filled by great things.”

Also, eruptions in gang violence are unpredictable and can occur for a wide variety of reasons. Earlier this year, police increased patrols after 23-year-old Sirmonte Bernstine, who like Hardy had deep community ties, was shot and killed on Fleming Avenue. That response led to at least 10 arrests in a week.

“It could be a beef between two gang members, or somebody going after someone’s girlfriend or someone talking wrong to someone’s cousin,” Donnell Jones, organizer with the Contra Costa Interfaith Supporting Community Organization (CCISCO), told Bay City News.

CCISCO, which regularly organizes Ceasefire walks promoting peace and unity in the city, will hold another walk on Friday at 5 p.m. starting at New Hope Missionary Baptist Church at 321 Alamo Ave.

Reposted from the Richmond Standard