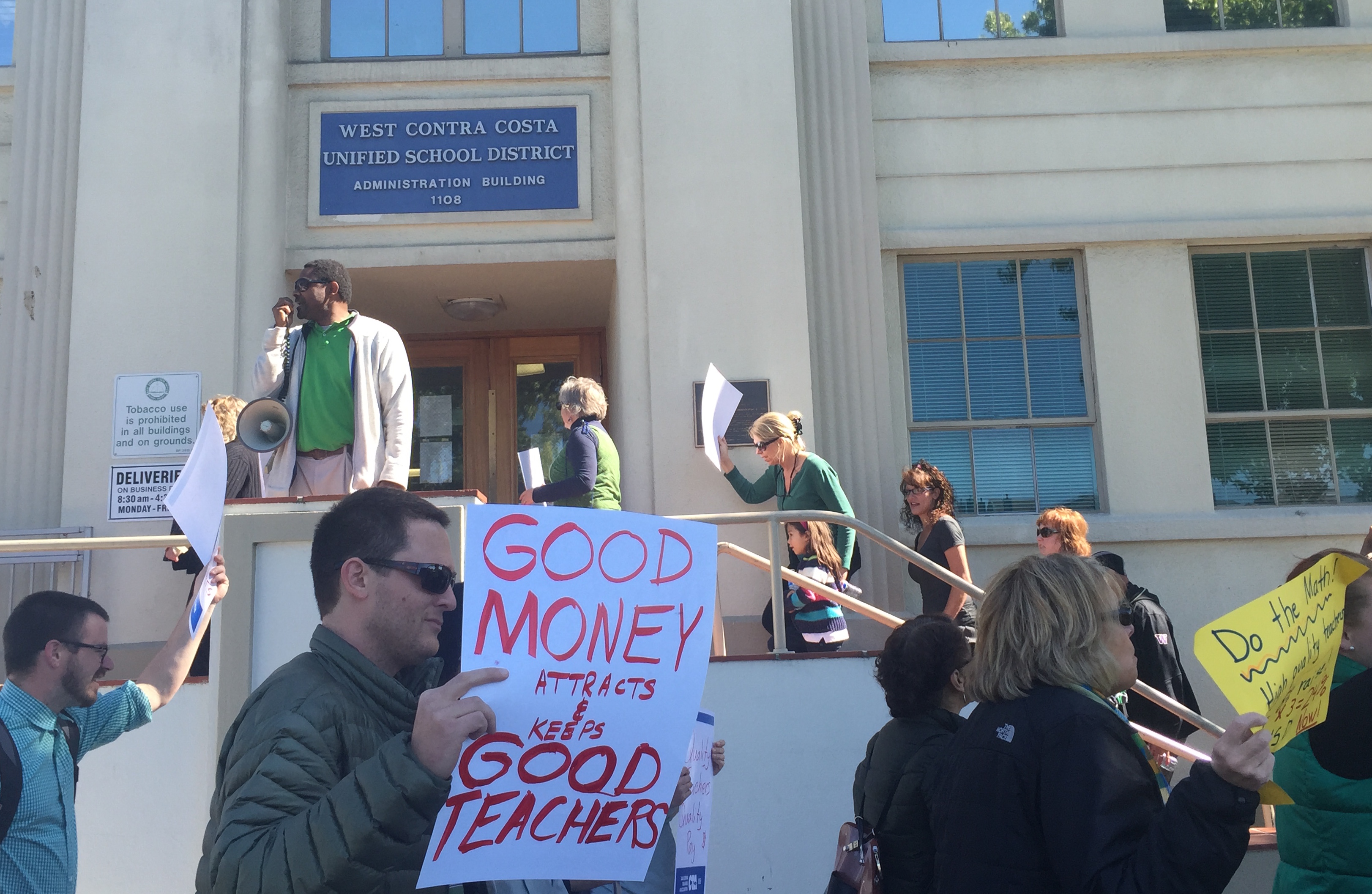 Over fifty teachers rallied at the West Contra Costa Unified School District’s (WCCUSD) Administrative Headquarters yesterday evening. Five days into salary negotiations, teachers from the United Teachers of Richmond (UTR) gathered in a show of solidarity and seriousness about increasing their salaries.

“We’re here to show the school district and the city the importance of paying teachers,” said UTR Vice President Tyrone Weems. “Teachers have to be treated and paid like the highly trained professionals that they are.”

Many teachers present cited concerns with poor teacher retention in the district as a reason to increase teachers’ salaries. Salaries of WCCUSD teachers are among the lowest in California, starting at about $38,700 annually and reaching up to $80,000 with enough credits and experience.

“We’re not attracting new teachers or retaining old ones,” said one teacher. “Many use the District as a training ground and then go on to a higher paying district. People have been leaving left and right.” 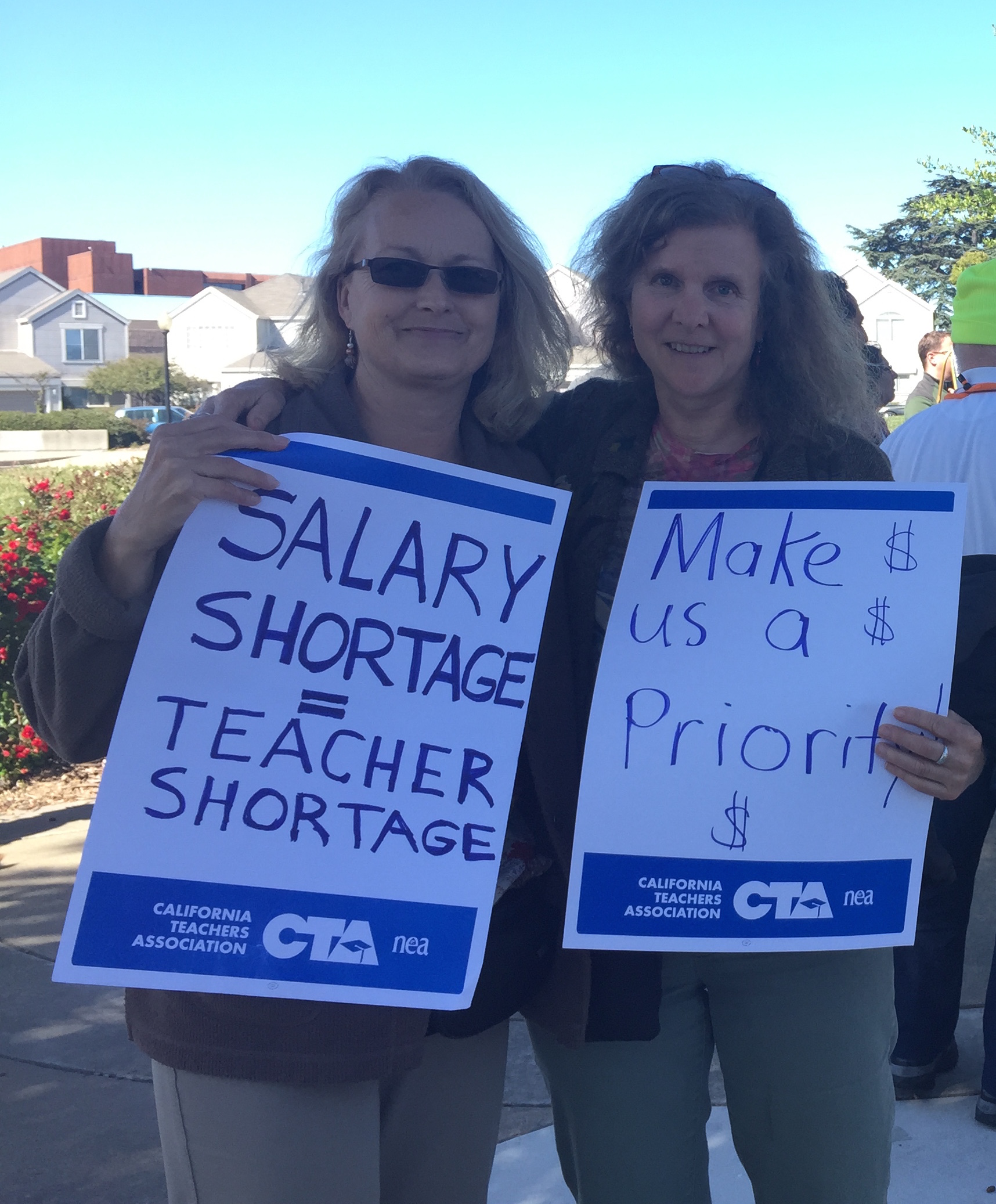 The rally was the fourth such event held by UTR organizers to demand salary increases. At the WCCUSD School Board meeting last week over 400 teachers turned out. The teachers propose increases of eight percent for three consecutive years adding up to a total raise of twenty-four percent across the board.

UTR salary negotiations come before a backdrop of a declining student population and an increase of District funds allocated for new charter schools. These factors limit the District’s ability to fund salary increases, but many UTR representatives were not discouraged by this.

“We would like to have a tentative agreement by the end of the school year,” said UTR Organizing Chair Eric Swabeck. “That’s only nine days away, so we may have to go into the summer at this point.”

WCCUSD representative Marcus Walton spoke carefully about the rally. “Negotiations are ongoing,” he explained. “We don’t negotiate in public, but we obviously support our teachers and recognize their vital importance for what they do to our students.”

UTR representatives were confident about receiving their salary increases. “Some of these talks can go years without being resolved, but with new funding from the state we don’t think that’s likely,” said Swabeck. “Now we just have to see how the conversations unfold.”