The hidden community of the Richmond Rod & Gun Club 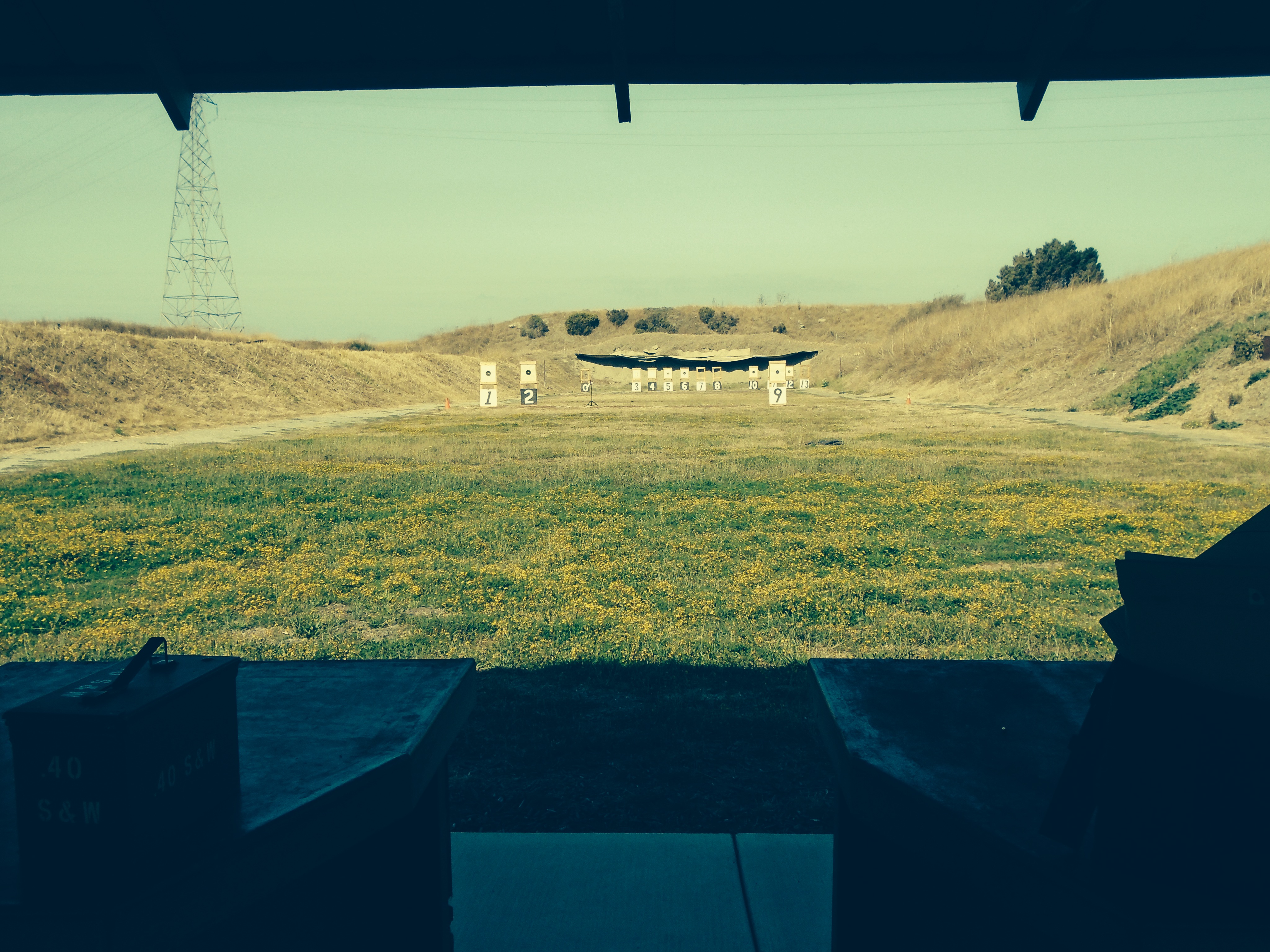 Right on the water, about half a mile south of Point Pinole, plumes of gun powder drift through the air and crashing loud bangs tear through the campus of the Richmond Rod & Gun Club. The source of this ruckus are the club members and guests of the facility. Since opening in the 1950's, the organization has become a place for hobbyists and a destination for serious marksmanship training in the Bay Area.

Walt Marshal, a member of the club's Board of Directors, was key to establishing this latter characteristic. Working as an officer in the Richmond Police Department in the early 1970's, he recalls the troubles they faced upon losing their shooting range.

"We didn't have anywhere to go," Marshal describes. "One day I went to a bar in Richmond and met the bartender who happened to be the president of the Richmond Rod & Gun Club." Marshal checked out the range and quickly became a member. Not too long after, he started bringing the entire police force with him for training. Through Marshal's connections with other police departments, the Richmond Rod & Gun Club became the place to go for the specialized training.

"What makes the Rod & Gun Club different is that it is one of the few ranges that allow combat shooting," Marshal describes. "Officers can go in and set up situations like walking through buildings to help prepare them for real-life situations. They can bring in cars from the dump and learn how to take it town or how to effectively break through a windshield. You just can't do that at other ranges."

The facilities at the Richmond Rod & Gun Club are so well known at this point that parts of the range are rented Monday through Friday to various municipal law enforcement agencies around the Bay Area. 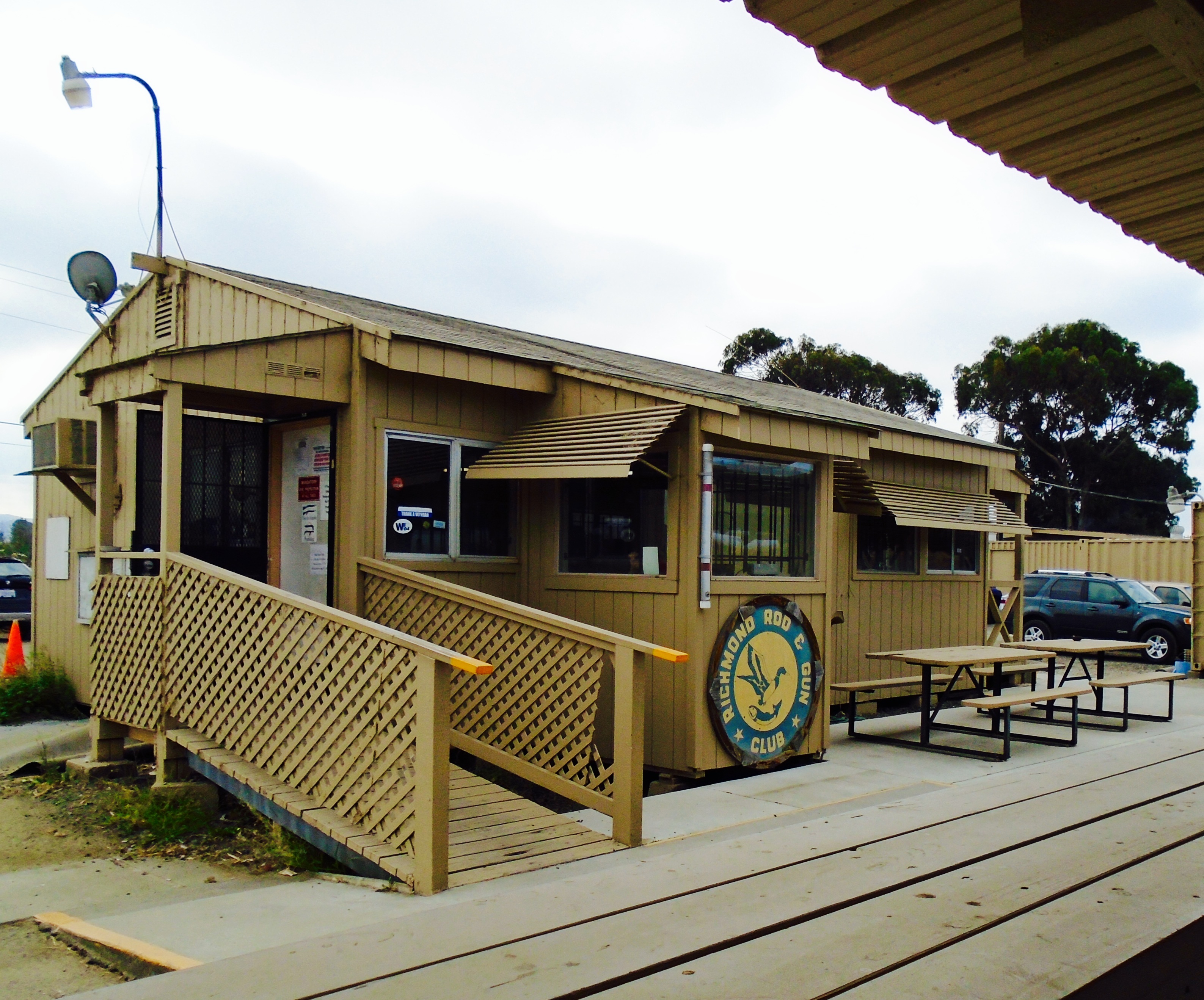 In a period of growing resistance to guns and gun culture, the Richmond Rod & Gun Club is alive and well. The secret to the club's longevity lies in its dedicated members and strict operations. The rangers at the Richmond Rod & Gun club ensure this is so. Once shooters are set up at the bench with their gun of choice, ammunition, and protective eye and ear wear, there is a precise, 15-minute period where guns can be fired. Visitors to the range are free to shoot during this time, but if safety protocol isn't followed (all guns always pointing down-range, proper handling of the guns), rangers quickly correct the violation and second chances aren't given.

If these regulations seem strict, it's because they have to be. Such tight controls allow programs of the Richmond Rod & Gun Club to operate smoothly and safely. Between high power rifle matches, National Rifle Association meetings, and black powder matches, the club is busy. Keeping things moving smoothly is a necessity. In the coming years, it looks like the club may get even busier. Hang around the clubhouse for half an hour and you're bound to hear rumors of the Chabot Gun Club, the East Bay's only other range, closing.

Over the 60 years that it has served the community, the Rod & Gun Club has established itself as an institution unlike any other in Richmond. Spend an afternoon there and it is apparent that the club is very serious in certain regards (text of Second Amendment is printed on their newsletters), but it is also about having a good time. In addition to the loud bangs and acrid smells that drift through the club, there is laughter and camaraderie. It looks like the Rod & Gun Club will serve the community for many years to come.