The mold in the RHA buildings is finally getting cleaned up 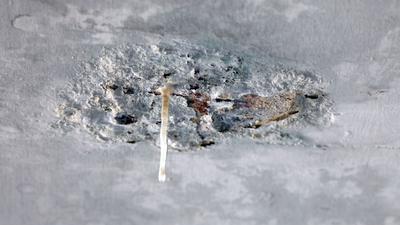 The timing of the item — which came nearly 12 months after the mold infested RHA-operated buildings made headlines — was critiqued by one member of the public for being too little, too late, while the Council was happy to approve the item and move on.

“It was my understanding that we had a committee to work on this,” said former councilmember Corky Boozé during public comment. Boozé, a long-time critic of the conditions in RHA buildings, was outraged that the council “could just sit back and allow people to live in such conditions,” referencing the notoriously-dilapidated Hacienda building. “When are we going to clean up this mess?”

To Boozé’s surprise, a large-scale clean up is coming sooner than he expected. RHA Executive Director Tim Jones officially announced last night that the Demolition/Disposition application — the application asking HUD for funding to demolish or overhaul Hacienda — was recently approved.

Newly sworn in Mayor Butt has made a concerted effort of resolving the issues around the housing authority which have lingered for nearly a year. The approval of the Demolition/Disposition application — and the expedited application for Tenant Protection Vouchers which will guarantee housing for displaced Hacienda residents — has been a part of this mission. The agenda item before the Council last night was supplementary and directed at resolving issues of mold in other RHA-operated buildings.

Despite the critique that these contracts should have been brought before City Council months ago, it was clear that members of the Council and in the audience were happy to see change come to the long-troubled Richmond Housing Authority.