This Month in History: A Look Back in Time 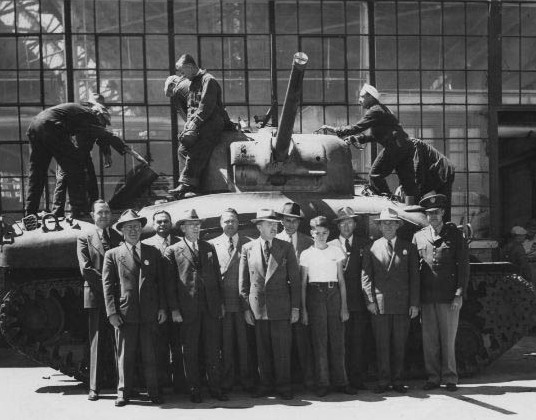 The Richmond we know today would be nearly unrecognizable to residents of the past. Demographics have changed, landscapes shifted, and moments that once captured the City’s attention have faded from memory.

To wrap up Radio Free Richmond’s month-long history series, here is a look back at the news of the past, as documented by the Richmond Daily Independent.

“THRONGS WILL HONOR CITY’S BIRTHDAY” read the front page of the Richmond Daily Independent on August 6, 1915. It was one day from the tenth anniversary of the Richmond’s official incorporation as a city, and the small city went all out for the occasion. 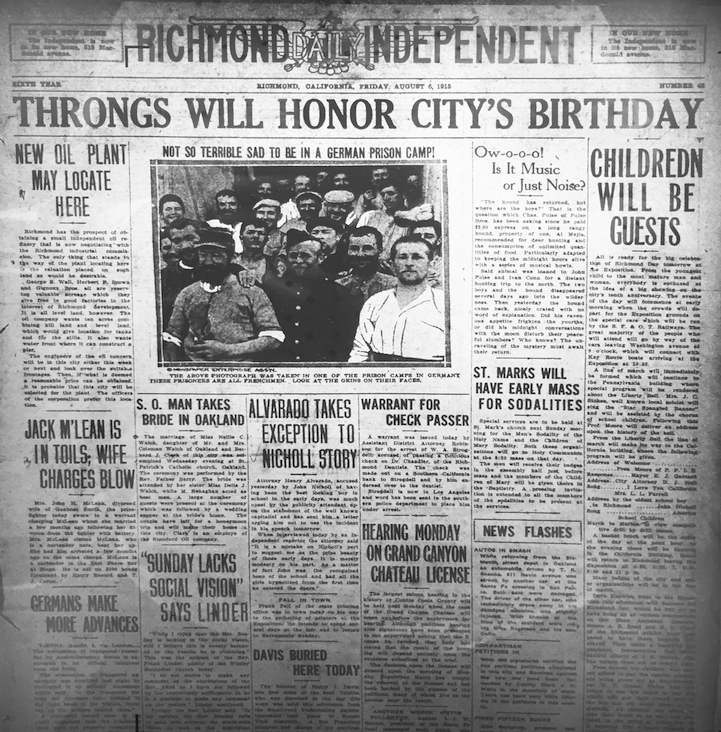 The article about Richmond Day, as the city’s birthday was called, declared that, “from the youngest child to the most mature man and woman, everybody is enthused at the idea of a big showing on the city’s tenth anniversary.”

The day featured a parade down Washington Avenue, live performances, and an appearance of the Liberty Bell, which traveled all the way from Philadelphia. An estimated 1,200 turned out for the occasion, making the 1915 Richmond Day celebration the largest that the city had seen yet, according to the next day’s paper. Considering that the city’s population was less than 20,000 at the time, this was a huge turnout for Richmond’s birthday.

With its intimate connection to the war, it’s no surprise that Richmond erupted into a huge celebration at the announcement of the end of WWII. 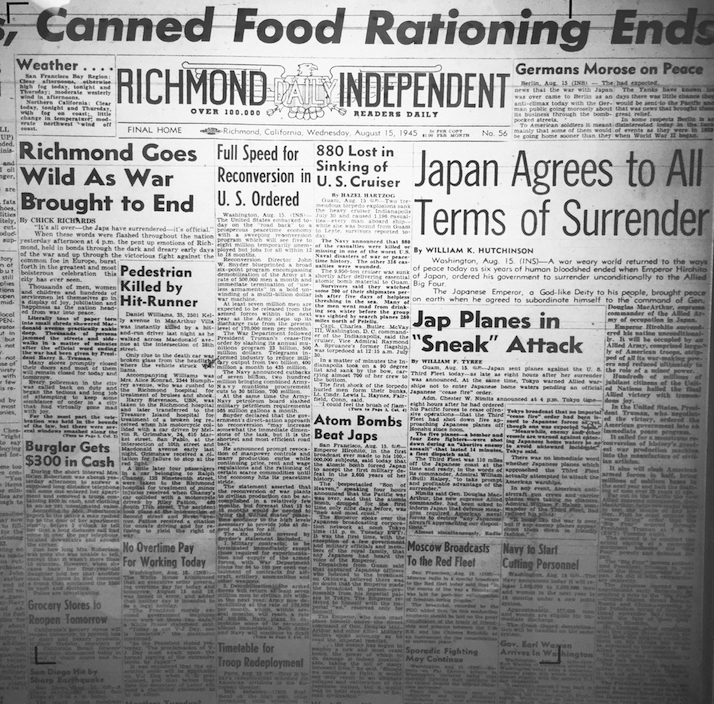 “Thousands of men, women and children let themselves go in a display of joy, jubilation and happiness as the nation headed from war into peace,” Chick Richards wrote in the Richmond Daily Independent that day.

The streets came alive with celebration:  “Literally tons of paper torn into small shreds showered Macdonald Avenue practically ankle deep,” Richards wrote.  The jubilation degenerated into belligerence as the day wore on, however. Store windows were smashed, garbage littered the streets, and countless persons were jailed for intoxication.

“There was no mistaking the intentions of the men and women and servicemen on the streets yesterday…They were out to celebrate the end of nearly four years of toil, tears and sweat. And they let themselves go in a celebration that Richmond will long remember — a celebration that was bedlam,”Richards explained.

The opening of Hilltop Mall in the mid 1970’s ushered in a new era of consumerism in Richmond. Hailed as an innovative way to shop, the sheer grandeur of the mall — 1.2 million square feet of shopping and parking for 6,500 cars — was cause for celebration.

Though Hilltop Mall has fallen from its height as Richmond’s premier shopping destination, the opening of the mega shopping complex was a distinct moment for the city. The day’s celebration included an ice skating rink, an appearance by Warriors player Derrek Dickey, and live performances.

“Ribbon cutting ceremonies for the Hilltop Grand opening will be held in the Grand Plaza of the mall,” an article in the Richmond Independent said at the time. Representatives from department stores and local government officials were invited to the opening of the shopping center, which was conveniently timed for Labor Day.

Richmond’s history is defined by moments big and small. Days of hard labor and passion to improve the community have carried the city from it’s small industrial beginnings into the unique city that it is today.

To learn more about Richmond’s history, read our past stories below: