TOM BUTT E-FORUM: An Inside View of Responsible Fiscal Planning 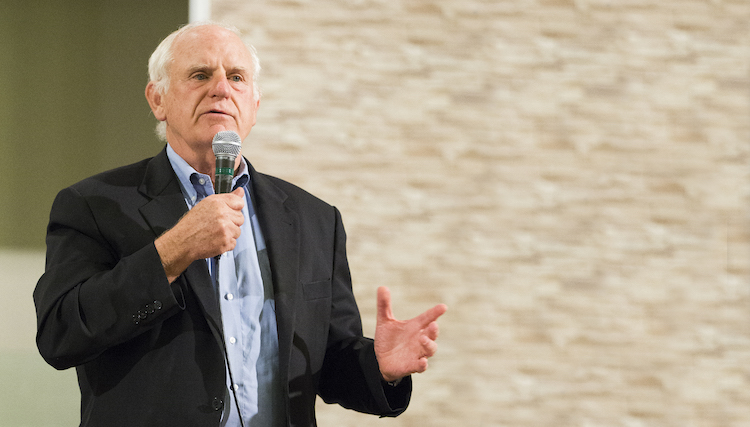 Others have characterized this as a “gotcha” moment where the City has been caught obliviously heading down a road to disaster until jerked up by a reality check from an outside expert. The actual reality is that the city manager, the Mayor’s Office and City staff have been diligently and responsibly laying the foundation for budget reforms for nearly a year.

The Richmond Charter states in III-A.2.b: “Policy, Program and Budget  ... The Mayor shall work with the City Manager in preparing an annual budget for submission to the City Council.” The Mayor’s Office has taken this charge seriously and has dedicated its resources to partner with the city manager to resolve budgetary issues that have (I believe unfairly) plagued the City for the last year, including downgrades by bond rating agencies, threats of audits by two State agencies, a ballot measure to control compensation of City employees  and continuing criticisms by some City Council members and members of the public.

Far from being asleep at the switch and as directed by the Charter, the Mayor’s Office has been extremely proactive in working with the city manager on fiscal and budgetary matters. I particularly want to recognize the Mayor’s Office staff in their role of facilitating the assistance of the National Resource Network, an effort that began in May of 2015 and saw its first results in the presentation of December 15, 2015. Finding outside assistance at a bargain cost to the City of Richmond has been essential, as City staff, particularly the city manager’s staff, has had to devote substantial resources over most of this year to other time consuming, non-budgetary, initiatives including the Promise Program and rent control.

Following is a chronology of how the Mayor’s Office provided a leadership role in budget issues in 2015 and how the National Resource Network came to assist Richmond.

In April of 2015, at my invitation, Dan Borenstein of the Contra Costa Times provided a presentation on unfunded pension and OPEB (Other Post Employment Benefits. The same month, the Richmond City Council’s highest priority was rent control.

In May of 2015, when the City Council was still focused on not only rent control but also mind control, and Moody’s downgraded Richmond’s bond rating, David Gray of the Mayor’s Office prepared and submitted an application for technical assistance to the National Resource Network, a program of the White House’s Strong Cities, Strong Communities (SC2) initiative that partners with American cities to help them identify and implement new and practical solutions to facilitate their path to economic recovery and growth.

During June 2015, while rent control continued to dominate the agenda, the East Bay Express was editorializing against austerity,everyone wanted a piece of Richmond Promise and some Council members were back peddling from space weapons, Alex Knox of the Mayor’s Office attended a conference paid for by the National Resource Network in Miami, FL, that built on the success of the NRN inaugural event in Chattanooga, bringing together leaders from dozens of cities around the country to share best practices, brainstorm solutions to shared challenges, and learn from national experts in economic development, local government operations and management, housing, workforce development, and other key topics. Meanwhile, the City Council passed a balanced budget for 2015-16.

In July 2015, representatives of the National Resource Network made a two-day visit to Richmond to meet with the city manager, City staff and Mayor’s Office staff. As a result, a tentative work plan for technical assistance was prepared that included:

Construct a Five-Year Budget Model and Provide Support to Finance Staff In order to establish the size of the City’s structural deficit, major cost drivers, and projected current and future costs of City priorities, the Network will work with City staff to construct a five-year budget forecasting model.  This excel-based budget model will reflect the City’s current financial structure and incorporate anticipated future changes in revenues and expenses.  The Network will also work with staff to define several alternative revenue and expense scenarios to provide a range of possible budget outcomes over the forecast period.  Special attention will be paid to Finance staff training and mentoring, to ensure that staff will be able to deploy the model as strategic analysis tool on an ongoing basis and update the inputs as necessary. The goal will be to generate a robust and responsive budget analysis tool and build staff capacity to provide strategic budget information to policy makers.

Phase II would be to Develop a Fiscal Sustainability Plan Building on the five-year budget model and associated findings from Phase I. The Network will develop a long-term fiscal sustainability plan to ensure that the City is able to invest in priority policy areas while maintaining fiscal solvency and taking steps to improve its credit rating. The plan will articulate the revenue and expense options and implementation steps that would address existing and anticipated fiscal issues, while creating budget room for other priorities such as deferred infrastructure investments and community development activities.  Through a clear analysis of budgetary trade-offs, the plan will lay the groundwork necessary for productive Council decision-making on City priorities and spending.

The National Resources Network was also asked and agreed to assist the City in dealing with HUD-related issues and freeing Successor Agency properties from State Department of Finance control and into the marketplace, particularly those suitable for affordable housing.

In September 2015, the Mayor’s Office received the draft memorandum of understanding from the National Resource Networkthat included The Network’s proposed scope of work in Richmond, which had five deliverables:

The value of the direct assistance was $110,000, with the Network funding 75 percent of the costs and the City of Richmond funding  $27,500. By the end of September 2015, the City Council approved the MOU, and the NRN began work on the financial model that was ultimately presented to the City Council on December 15, 2015, by Russ Branson of Public Financial Management, Inc., as part of the  National Resource Network

The financial data from the five-year financial forecast show that there are still some difficult budget decisions ahead for the City Council, especially in FY 2016-17.  The data also show that when the budget is “reset” to a balanced level in FY 2016-17, the projected moderate revenue growth is at a level that can keep the budget in balance for the remainder of the five-year period.  (Obviously, factors can change that might affect this forecast.)

As mayor, my plan is to continue to work hard on budget reform with major City Council presentations, discussions and policy direction every month of 2016, leading up to a sustainable budget to be adopted in June. This is not going to be easy, but it is essential, and we will get it done.