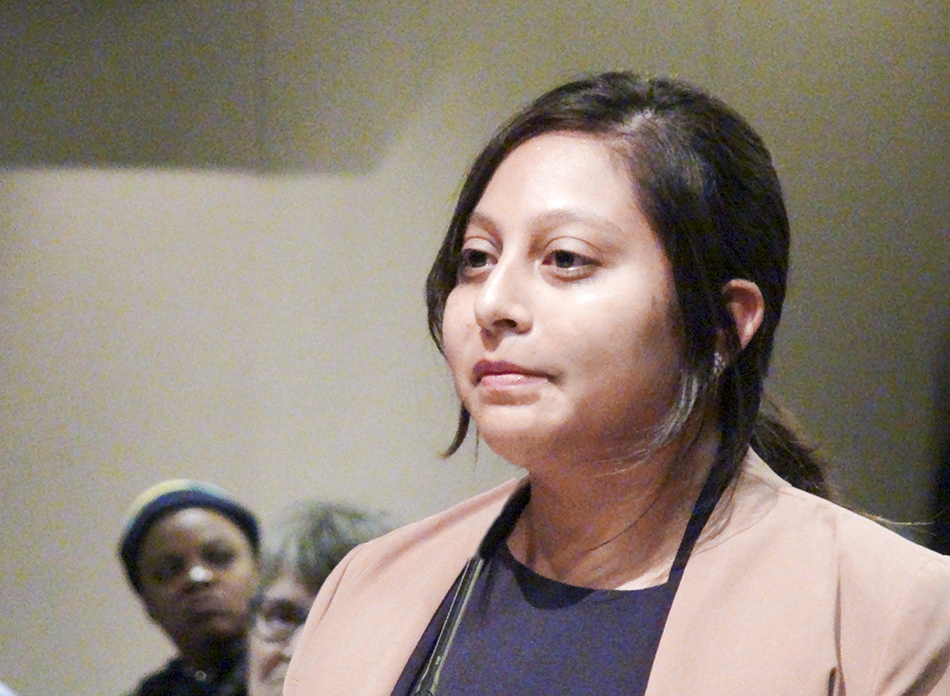 It’s official—Hell has frozen over.

On Tuesday the 12th of September, in their first meeting since the August recess, the Richmond City Council met to review the 13 applications from citizens seeking to fill the vacated seat on the Council created when RPA co-founder Gayle McLaughlin resigned to devote her full attention to her race to become the next Lieutenant Governor of California.

It’s not that the Council could decide on who should fill that vacancy—it was their process and the end result that caused the uncommon freezing of the lower reaches of Hades.

The meeting started off badly when the overflow crowd was ordered by the Fire Marshall to clear the aisles.  They were sent into the lobby which had no seating, the plasma screen was not operable and there was no audio coming from the Council Chambers.

A motion by Vice Mayor Beckles halted the meeting for nearly 45 minutes until arrangements could be improvised.

Each applicant was allowed up to 8 minutes to explain why they were best qualified for the appointment.  Most did not use the full 8 minutes with three taking less than 3 minutes.

Each member of the Council was allowed to question the applicants with Councilmembers Martinez and Beckles quizzing the non-RPA applicants about whether they would accept corporate contributions.  This has been a long used litmus test by the RPA with respondents that failed or refused to embrace their non-corporation contribution dogma being scratched from consideration.

The two also paid special attention to where the applicants originally came from.

Following the Q&A from the Council, there were 47 members of the community that had signed up for their two minutes to support their applicant of choice.  Considering that the evening was already expected to be lengthy and the lengthy delay in starting the meeting made an early departure even less likely, when speakers failed to arrive at the podium there were few concerns raised.

Each member of the Council was allowed to comment on each applicant and this is when the freezing started.

It was long believed that since the Richmond Progressive Alliance held 4+1 seats on the Council, whatever actions they took would be a joint effort coming from RPA shotcallers.  To that extent, Marilyn Langlois—one of the co-founders of the RPA—was expected by most to be the heir apparent to the vacated seat.  Having former Mayor McLaughlin campaigning hard for her long time friend and ally was seen as cementing the appointment.

When Councilmember Choi—the first to voice comments—stated that he was supporting Ms. Recinos, there was an audible gasp from the audience.  This was a sign that perhaps Ms. Langlois dod not have the support that everyone believed she had.

Next to speak was Councilmember Willis who threw his support behind Ms. Langlois.

Vice-Mayor Beckles, though, explained how she had worked through the applicants.  While she praised them all, she pointed out that she couldn’t be the only female serving on the Council so she had to exclude applicants based on their gender.  She then pointed out that Ms. Langlois had been her biggest financial supporter for her campaigns and she was concerned that if she were to support her in this effort it would appear as if there was some sort of quid pro quo.  She announced that she had no choice but to abstain from supporting her old friend.  And since she needed a woman of color on the Council, she could only support Ade Recinos.  [Ms. Johnson, Ms. Bana and Ms. Barretto are all women of color but not enough to resonate with the Vice-Mayor.]

At that point, considering that Mayor Butt had already voiced his concerns about Ms. Langlois when he posted articles she had penned supporting North Korea against the United States and another about her belief that the US Intelligence Agencies had partnered with the Israeli Mossad to bring down the Twin Towers on September 11, 2001, it was unlikely she would receive his support.

Councilmembers Martinez and Myrick showed support for most of the applicants but by then Hell had completely frozen over and Lucifer was renting out ice skates.

Councilmember Myrick made a motion to appoint Ms. Recinos which was seconded by Vice-Mayor Beckles.

Councilmember Willis tried to offer a substitute motion but was rebuffed by the Mayor.  There was a discussion about the legality of this refusal with confusion from the Vice-Mayor about what rules the Council conducted their meetings using (Rosenberg’s Rules as opposed to Robert’s Rules).

The vote was the unanimous and shortly before midnight the meeting was adjourned.

Ms. Recinos is expected to be sworn in at the next meeting on September 18.  Her appointment is filling an unfinished term so she will have to run for that position in the election of November 2018.

Radio Free Richmond filmed the speeches and deliberations (as best they could).  They are posted on YouTube: