WIC Services To Be Relocated

What do you do when you’re only using 12% of a building but you have to pay to heat/cool ALL of it?

What do you do when the building is decades past it’s useful life span as a structurally sound building?

What do you do when the building is deemed seismically unsafe but you still have employees working there?

And what do you do when it’s difficult for the underserved clients you’re being paid to serve can’t easily get to your offices because public transportation doesn’t do an efficient job getting them from where they live to where they need to go?

If you’re doing your job properly, you look at ways to more efficiently serve your clients and the people footing the bills (the taxpayers). 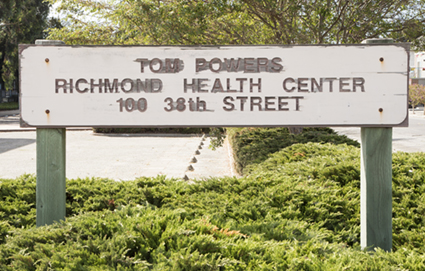 Such is the case with Contra Costa County’s Health Services—the branch of the County’s services to provide WIC (Women, Infants & Children) benefits to those in need.  WIC is a federally-funded health and nutrition program that helps pregnant and postpartum women, infants and children under 5 years old to eat healthy foods and live a healthy, active life.

In West County, those services are provided at a building located at 100 38th Street (next door to the County Court House near Target) and erected in the late 1950’s.

According to a number of engineering studies, the building has long ago exceeded its useful life. It is seismically challenged, and has an antiquated HVAC system that would cost a minimum of $500,000 to repair, and far more to replace. All services except WIC moved out of the building some time ago, and Public Works has tried in the interim to find an appropriate location for WIC. 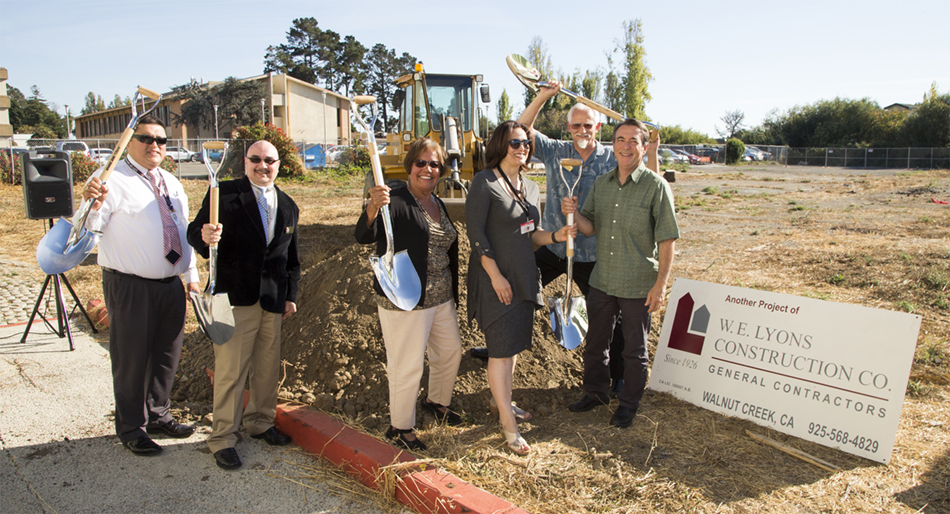 WIC occupies 6,000 of the 75,000 sf in the building. The County is maintaining the entire structure just for that one program. Because of the antiquated HVAC system, WIC cannot be isolated and the entire building must be heated and cooled. One result is that a 5 million BTU boiler must be run for a space that would normally need only a fraction of that capacity. 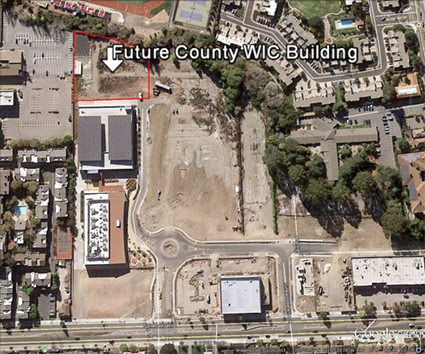 As Supervisor John Gioia can confirm, the County Health Department tried for years to find a location in Richmond for the programs that left RHC, but encountered opposition each time that a location was chosen. Finally, the CHS had an opportunity to build a new clinic in San Pablo, which is the largest or second-largest zip code for the various services. The new West County Health Center (WCHC) was completed five years ago.

More recently, when the city of San Pablo learned that the CHS was looking for a new location for WIC, they offered to design and construct a building that would be leased to the County. The site is between a creek and the parking structure for the WCHC. According to Steve Harris, his is an ideal location for the program, as it is a few hundred feet from the main West County outpatient clinic and is near public transportation on San Pablo Avenue. More WIC clients originate from San Pablo than from any other zip code.

The RHC, and especially the 2.2 acres that it occupies, will probably be declared surplus when WIC moves out. The proceeds from the sale could fund the rent on the new WIC space for many years. The County is actually not spending any money on the new building other than rent; it will be constructed and owned by San Pablo.

On Monday September 25 a groundbreaking ceremony was held to get the project going.

San Pablo City Manager Matt Rodriguez emceed the event with Supervisor Gioia, San Pablo Vice Major Genoveva Calloway and Stephen Harris, the Director of CCHS Planning and Evaluation spoke about the value of this new facility to West County and to this community in general.

CHECK OUT THE PHOTO GALLERY AT:

As a side note, for anyone that has visited the site knows that there are vacant plots of land that the public has been curious about wanting to learn what will the land will be used for.

As it stands right now, a new street (Gateway Boulevard is so new it does not yet show up on Google Maps) heads east from San Pablo Avenue towards the new WIC building; the plot between the health center and SPA will be used for the Behavioral Health Services building and the plot between Walgreen’s and the Health Center will be the new home of the San Pablo city Hall.  Between City Hall, Walgreen’s, the Health Center, the Behavioral Health Center, the WIC building and new San Pablo Library will be a one stop center meeting many of the needs of the community.