After a brief flurry of attention, Richmond's most vulnerable residents were quickly forgotten. Now it's time to give them the attention they deserve. 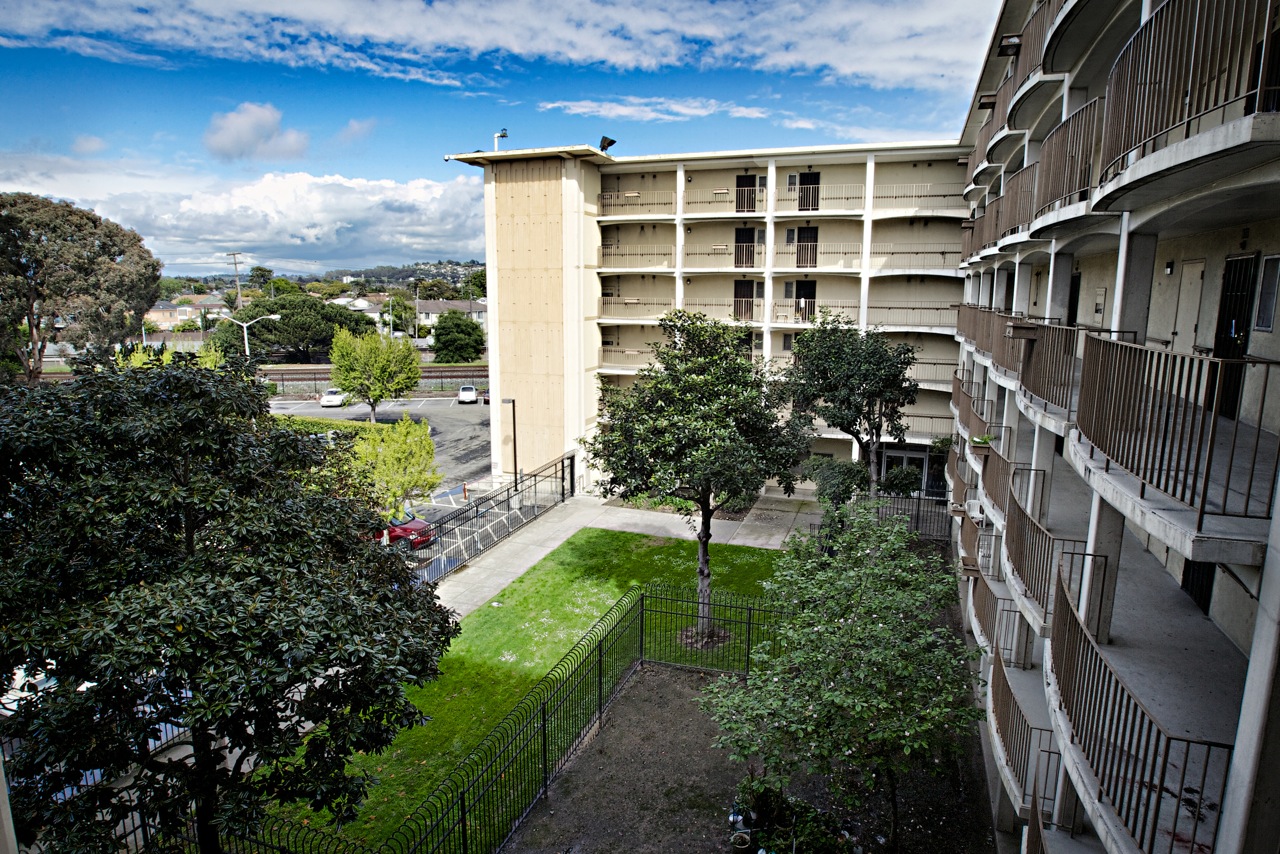 In response to requests from our readers, Radio Free Richmond is recapping public information about the status of the residents in the Hacienda housing complex and any steps taken by the City to address these issues since the breaking story by the Center for Investigative Reporting.  It has been 198 days since that story broke.

The Hacienda housing complex, maintained by the Richmond Housing Authority (RHA), is 70% consumed by "black discoloration," which is most likely toxic mold. Stalactites loom from the ceiling of its 6th level, and wide cracks in the ground allow residents to peer into floors below. Rodents, drug dealers, and corrupt administrators plague the building. This has been everyday life for Hacienda residents for years, and it appeared conditions would stay that way.

Then, this past February, a series of articles from the Center for Investigate Reporting (CIR) made these conditions something people cared about and fought over. For a month and a half, from mid February to early April, almost every day there was a new story about the crisis. People were angry, and they demanded action -- immediately. Then, just as suddenly, the attention dropped off. Stories stopped, and Richmond's energy shifted elsewhere. Whether residents were in support of the project or against it, the energy behind the fight consumed the city, and its most vulnerable residents -- those still stuck in uninhabitable buildings -- were forgotten. Now, six months on from the original fury, it appears that as the limelight faded, so did people's determination to make change. 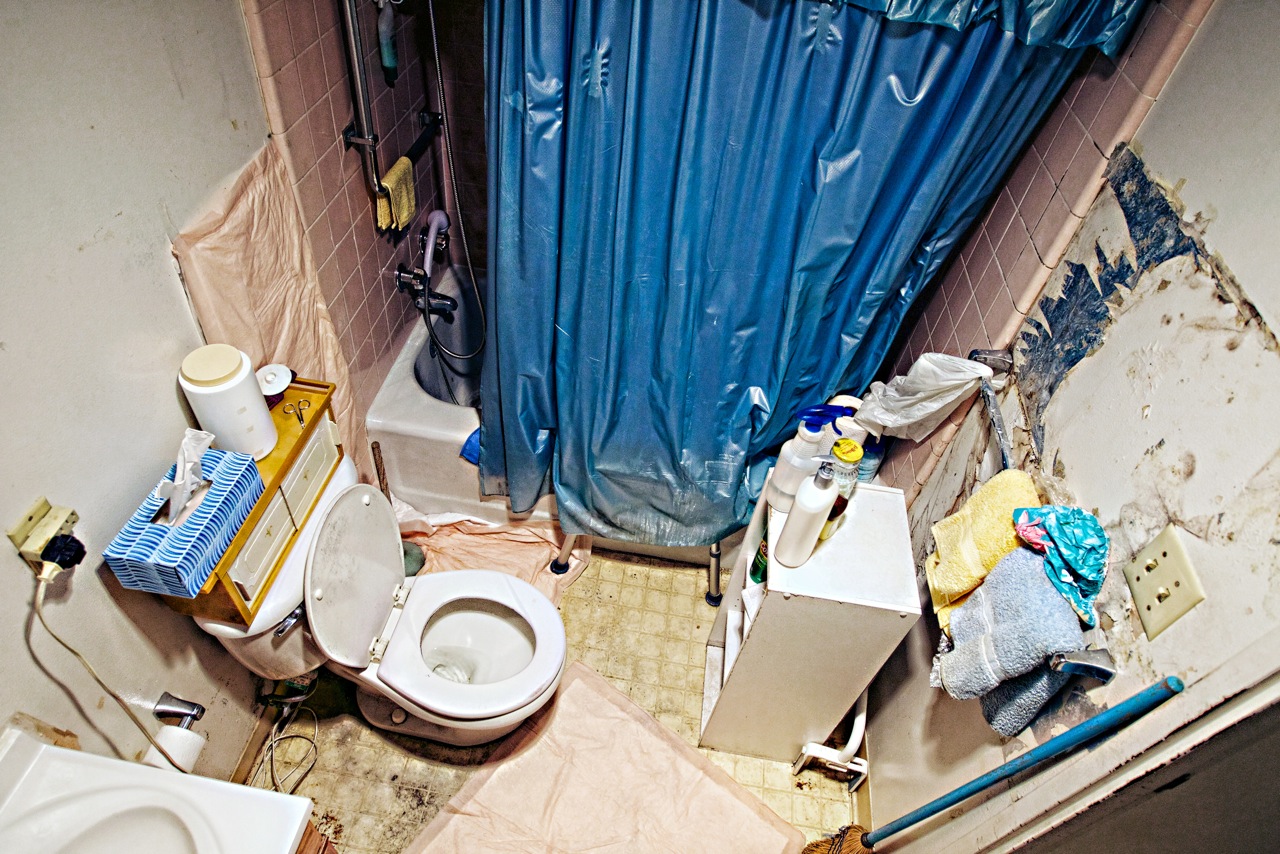 On our website, we keep a ticker of the time that has passed since this initial story broke, and we accumulate each story posted about the crisis. The information presented below was acquired through thorough research of the well-sourced stories which draw information from public records and first-hand testimonials. In the months leading up to the elections in Richmond, a time when the people of the city prioritize issues that matter to them and strive to improve their community, a refocus on the RHA crisis is vital so that those who remain living in uninhabitable buildings may find the justice they deserve.

Here is a reminder of what happened in February, and what happens every day in the RHA buildings:

February 17th, 2014: The CIR publishes the first four articles of "Subsidized Squalor," an in-depth series exploring the mismanagement of the RHA. These initial stories bring to light several horrific revelations about the structure of the housing authority's two worst buildings -- Hacienda and Nevin Plaza -- the living conditions of the tenants, and the management of the agency. These stories reveal that according to the US Department of Housing and Urban Development (HUD), the RHA is the "worst run" public housing agency in California.

In the CIR articles, negligent and inept management is to blame for such extreme conditions. While the RHA is $7 million in debt, the executive director Tim Jones racked up multiple $400 meals in New York, his employees weren't practicing basic bookkeeping, and over the past ten years, $2.4 million was misspent on contracts. Many employees in the agency took advantage of the disorganization, double and triple charging their hours. A nephew of former second in command, Kathleen Jones (who is now on leave during an investigation into the RHA), doubled his salary from excessive overtime charges.

All of this information and more was released to the public on one day.

February 20th: City Manager Bill Lindsay announces a plan to take action, starting with an inspection of every unit in all five RHA buildings.

March 5th: At a City Council meeting residents present scars from living in the RHA-managed buildings and list off unattended maintenance requests. Many on the City Council are outraged at what they learn. Jael Myrick says Hacienda should be bulldozed, and the building is deemed uninhabitable. However, the executives of the RHA are not present at this meeting.

March 12th: City Council votes to vacate tenants from Hacienda. “Clearly, we’ve failed in some of our public housing,” Mayor Gayle McLaughlin says at the meeting. “We have to move on Hacienda. Our residents can wait no longer.” No specific plan is outlined for this transition; City Manager Bill Lindsay says that will come in two weeks.

April 1st: The momentum breaks. Citing a lack of HUD funding, lengthy bureaucratic measures to go through, and a cash-strapped local government, the City Council and the RHA decide that the federal government will be asked for funds to move residents and repair the RHA buildings. At this meeting it is determined that it would be three months until tenants are moved out.

May - August: Six months on from the initial flurry of stories and outrage -- and three months past the supposed move-out date -- little has changed. New stories of administrative corruption have surfaced, but the tenants of Hacienda remain living in squalor.


At that April 1st City Council meeting, it was determined that the federal government would be asked for the nearly $700,000 needed to move the RHA residents. Simultaneously, it was decided that HUD would be asked for vouchers to move senior and disabled residents. Applying for these funds and vouchers is a three month process, and it looks like the Richmond city government and RHA washed their hands of the crisis in the meantime.

Nearly three months have passed since the application process would have been completed and residents would have been moved out, yet there is no sign that any progress has been made. The Richmond City Council and RHA moved on. For the residents who are still living in these spaces infested by rodents, mold, and insects, it is impossible to move beyond these conditions; it's their everyday life. As the days go by and conditions in the RHA buildings stagnate, a refocus on this crisis is essential to save these residents and reform the RHA. It is time to start the conversation again.


Update:
September 8th: After months of silence, City Manager Bill Lindsay today issued a statement about the Hacienda crisis on behalf of RHA Executive Director Tim Jones. We have added his statements to Friday's story. Below is Lindsay's report:


Mayor and Members of the City Council:

A draft of the Hacienda Disposition Application has been completed and submitted to HUD. Based on this submittal, HUD has frozen the Public Housing Information Center (PIC) data for the site in anticipation of the Demolition/Disposition Application approval. The significance of this action is that the Authority can no longer move residents into the Hacienda, nor can the Authority relocate residents who are already residing in the Hacienda from one unit to another unit within the development.

After HUD's preliminary review of the Demolition/Disposition Application some rehabilitation items and their associated costs were deleted pending further explanation. HUD opined that, normally, unit renovations do not include structural work such as pilings, footings or other underground work.  If there are structural deficiencies in the mid- rise, a professional engineer in the State of California has to submit a report sealed and signed explaining the deficiencies or structural failures to be considered.

HUD further opined that items for unit renovations may only include those within the building, and only the landscapes of up to 5 feet from the building walls can be associated with the building renovations costs. Additionally, expenses related to asbestos abatement or lead-based paint has to be recommended  by a professional if the expense for abatement is excessive. Upon conclusion of their preliminary review, HUD adjusted the rehabilitation costs down and the renovations came up to 36.5% of the TDC (total development cost).

As a reminder, HUD's Demolition/Disposition Application approval is contingent upon a development having mandatory rehabilitation cost in excess of 62% of TDC for the Hacienda building type and location. Staff is working with engineering and physical needs consultants to justify a higher level of obsolescence.  We believe that additional information regarding the foundation and structural needs, requisite hazmat abatement, and fire life and safety issues will warrant higher assessments that would allow the project to clear the 62% of TDC obsolescence threshold. Once this issue is cleared, staff can submit a final version of the application for HUD for approval. We will submit the updated information for HUD's final review no later than mid­-week of September 15, 2014.

Finally, on August 20, 2014, as directed by the Housing Authority Board of Commissioners we conducted a Power Point presentation for the residents of Hacienda to explain the Demolition/ Disposition process. We'll provide further updates on the application process to the Housing Advisory Commission as additional information becomes available.

Please feel free to contact me if you have any questions or require any additional information.