Art in the everyday: the Richmond Art Center's mission to make everyone an artist 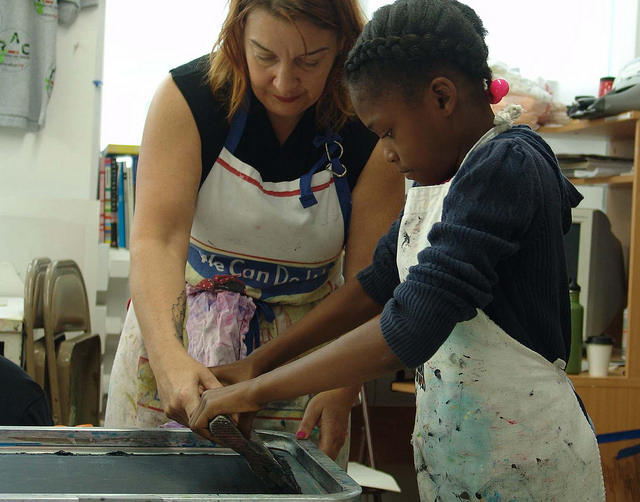 Chris Finch didn't expect to become an expert jeweler when she first entered the Richmond Art Center (RAC). Finch, a local painter, just had a simple repair to make to a single bracelet, and so she signed up for a metal working jewelry class. Without knowing it, Finch was following the intended path for everyone who enters the RAC. Several jewelry and enameling classes later, Finch has joined the canon of hundreds of local artists who have passed through the RAC since its doors first opened 78 years ago. In the hopes of inspiring artistry among the everyday, the RAC has worked to give everyone -- no matter their background or artistic ability -- a chance at creative self-expression.

Back in 1936, before the Richmond Art Center had a building to call home, Hazel Salmi, the Center's founder, lugged her briefcase of art supplies around the city. Salmi was often seen painting with kids on the side of the road, or giving impromptu drawing lessons around the city. For the first 15 years of the Center's life, her arts initiative operated as such.

Then, in 1951, the RAC was given a home. In an effort to recognize the importance of art in civic life, Richmond integrated the Art Center into its new Civic Center complex. In establishing the RAC as part of the city's urban center, Richmond became the first city in the country to incorporate an arts center into its core city structure. From this moment on, Salmi's mission to weave art into the lives of every resident of the city took off without restraint. 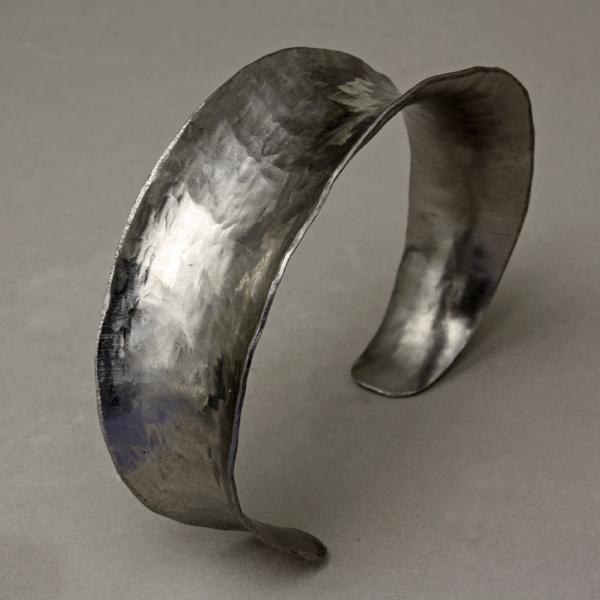 "About 2,000 students take classes through the Richmond Art Center every year," explains Teri Gardiner, Communications Director at the RAC. These students come in every age and skill set imaginable, from three year-olds who are just learning how to hold a paint brush, to retired adults who are taking immersion quilting workshops, and everything in between.

RAC's broad scope of students is due to their expansive list of classes, many of which are offered outside the walls of the Center's main building. "One of the best programs we offer is the Art in the Community project," explains Gardiner. This RAC endeavor is by far their most expansive, adaptable, and ambitious. In a way, it's a kind of make your own adventure art class. Someone wishing to create Art in the Community, whether it be at a senior center or an after school program, has the option of choosing their own curriculum, medium, class size, and duration.

Through the Art in the Community project, the Richmond Art Center ensures that they really can reach almost anyone who wants to be involved in creative expression. "Hazel Salmi really believed that everyone is an artist, and that everyone has a creative capacity," explains Gardiner. The Art in the Community project is a realization of this vision. This adaptable, creative platform allows almost any kind of creative exploration to happen at an approachable -- yet no less serious -- level. This, Gardiner finds, is what gets people hooked on RAC classes. Once people come out for one class, they typically return again to further their skills or explore another medium.

The path Chris Finch followed after she first entered the Richmond Art Center to repair her bracelet is the embodiment of this process. "I really just went there for this one project, and now, four years later, I'm a regular," explains Finch. "I've taken about two classes a week since I started going." From basic metal classes, to specialized enameling courses, Finch has transformed from someone with a base interest in metal working to an experienced, devoted artist of the Richmond Art Center. While she originally entered the building with a background in drawing and painting, Finch now finds that metal is her main medium. In this sense, she is an embodiment of Salmi's original mission for the Art Center.

Inside the cavernous halls of the Richmond Art Center and in its spacious galleries hang hundreds of works from just as many artists, some of whom may be your neighbors, friends, or family members. Their work is a testament to the effort that began nearly 80 years ago to empower anyone to become an artist. As the RAC programs expand and more people become involved, it is only a matter of time until Salmi's vision of making everyone an artist is fully realized across the city.

To learn more about the Richmond Art Center and its courses, click here.