A post this morning stated: "The People, united, will never be defeated!" and that Chevron got its ass kicked.

Let’s put it into perspective.

Four-year council seat showed a little more enthusiasm where a little over 28% of “The People” voted. 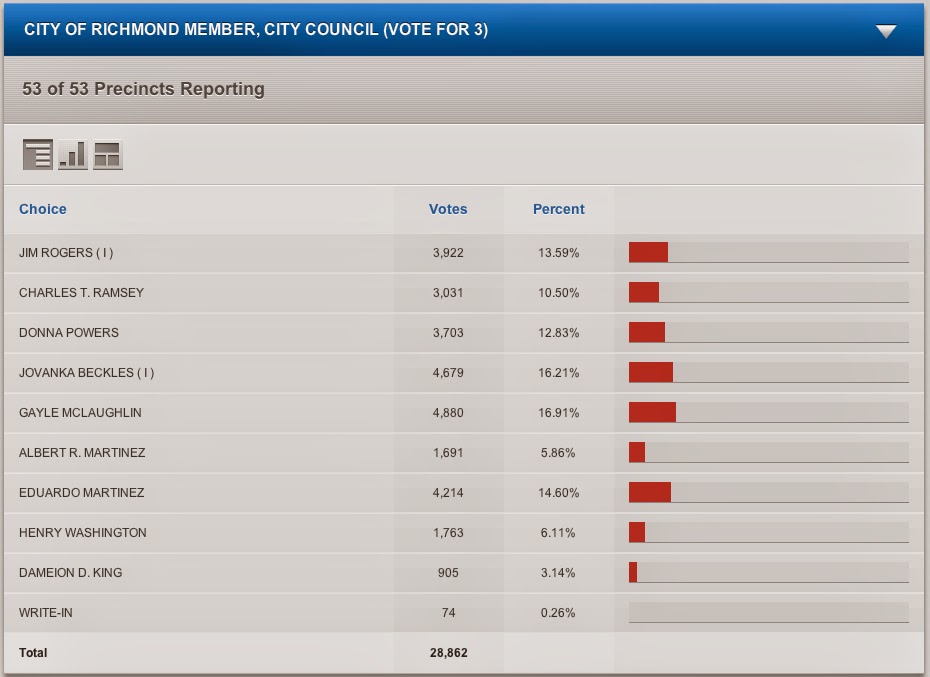 Less than 6% of “The People” thought enough of these candidates to vote them in.  Not exactly my definition of an “ass kicking”.
Regardless of who “won” or who “lost” with what the results show, Richmond as a community lost this election.

Rather than basking in the glow of victory or lamenting the agony of defeat, we as a community, meaning the entire population of Richmond, need to pause and consider the systemic cause of this truly humbling and mortifying turnout.