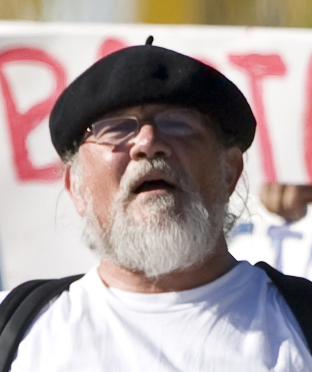 In a “David vs. Goliath” race that garnered national media attention, 3 of 3 Team Richmond progressive candidates were elected to the Richmond City Council.  5 of 5 candidates promoted by Chevron were defeated. Contra Costa County election results (as of 12:16 am Wednesday, November 5) indicated that  Mayor Gayle McLaughlin (limited by City Charter to two consecutive terms as Mayor) has won a City Council seat, along with, Planning Commissioner Eduardo Martinez.  Vice Mayor Jovanka Beckles was re-elected to the Council.

The results are a stunning defeat to the Chevron Corporation.  According to campaign finance reports, Chevron’s Moving Forward committee spent $72 per registered voter (over $3 million in total) to promote its hand-picked Chevron-friendly candidates, and to defeat 3 Team Richmond candidates and Tom Butt (whose campaigns spent less than $1 per registered voter). Chevron’s outsized spending and attempt to purchase a pro-Chevron city council drew outrage from commentators and public figures across the nation, including U.S. Senator Bernie Sanders, MSNBC’s Rachel Maddow, Los Angeles Times columnists David Horsey and Michael Hiltzik, and PBS host Bill Moyers.

Councilmember-elect Gayle McLaughlin praised the integrity of the local electorate:  “Richmond voters have sent a resounding message:  ‘We cannot be bought!’  This is a great day for grassroots democracy.”

McLaughlin, Beckles, and Martinez (“Team Richmond”) ran a coordinated campaign, committed to continue and expand Richmond’s remarkable transformation during a decade of progressive policies spearheaded by McLaughlin. The team pledged to stand strong for Richmond residents in the City’s dealings with the Chevron Corporation, demanding safety, transparency and accountability from the oil giant. The newly-elected City Council will preside over the refinery’s massive retooling project, as well as oversee the City’s lawsuit against Chevron, a result of the horrific 2012 refinery fire that sent 15,000 residents to seek medical treatment and caused property values to plunge.

Team Richmond Coordinator Mike Parker celebrates the hard-won electoral victories, but he also reminds onlookers about the ongoing threat to democracy posed by the Supreme Court’s “Citizens United” decision that enabled Chevron to exert so much financial pressure on the Richmond election:   “Today we stood tall to Chevron, but our democracy remains endangered by the pernicious and paralyzing effect of Citizens United, allowing corporations unlimited spending in elections. Even with the amazing energy, dedication and creativity of local citizens, future victories will be difficult to achieve and sustain. Corporations are not people, and money is not speech. We invite communities across the nation to demand the reversal of the Citizens United decision and the removal of corporate money from our democracy.”

The Richmond Progressive Alliance, which backed Team Richmond, works to organize community members to define their city’s destiny, countering the outsized influence of corporations, developers, and other entrenched special interests on the democratic process.