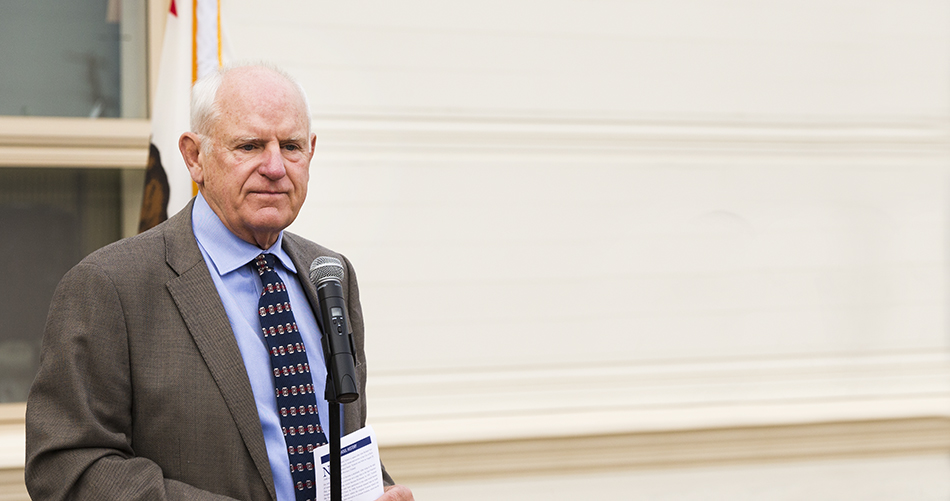 I am saddened to report that victims of the Oakland Warehouse (“Ghost Ship”) fire included two recent employees of the West Contra Costa Unified School District, Travis Hough and Sara Hoda. I have been informed by District sources that Mr. Hough and Ms. Hoda were among the 36 known victims of the devastating warehouse fire that took place Friday evening in Oakland. 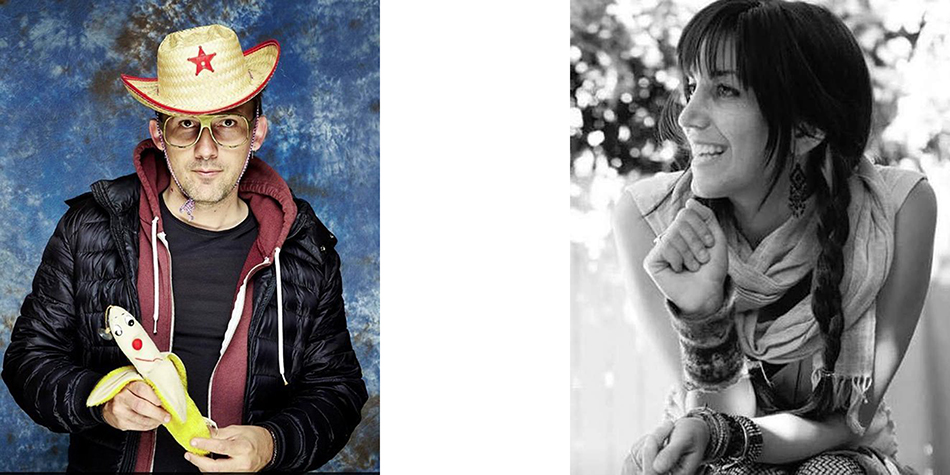 Mr. Hough was an expressive arts therapist at Montalvin Manor and worked with the District through a partnership with Bay Area Community Resources. He served in a similar role at King Elementary during the 2015-16 school year and started as an intern at Helms Middle School during the 2014-15 year. A GoFundMe account has been set up for Mr. Hough and can be accessed at this link.

Ms. Hoda was a kindergarten teacher at Coronado Elementary for the August 2014 through June 2016 before taking a teaching job in Oakland.

This is, ironically, a teachable moment.

As both an architect and a mayor, I am compelled to respond to many comments in the media, social and otherwise, that the root cause of the fatalities was a shortage of affordable housing and studio space for artists, example, “Oakland fire puts spotlight on lack of affordable spaces for artists,” USA Today and “Oakland warehouse fire is product of housing crisis, say artists and advocates,” Oakland Guardian).

I have to disagree. The the root cause of the fatalities was that a building owner and a prime tenant were apparently using the building for an illegal and dangerous purpose, putting people in grave danger while making money from it. From news accounts, the building was not approved for residential purposes, and it did not have fundamental safety features like accessible stairways, emergency lighting, fire alarms or sprinklers.

It’s not even clear how many residents the building had (the owner says none), but the fatalities were a result not of occupancy by residents (if any) but from the use of the hard to reach second floor for a large party attended by far more people than those who may have actually lived there. In architectural and building code jargon, this is called an “Assembly Occupancy,” which has special requirements related to life safety. 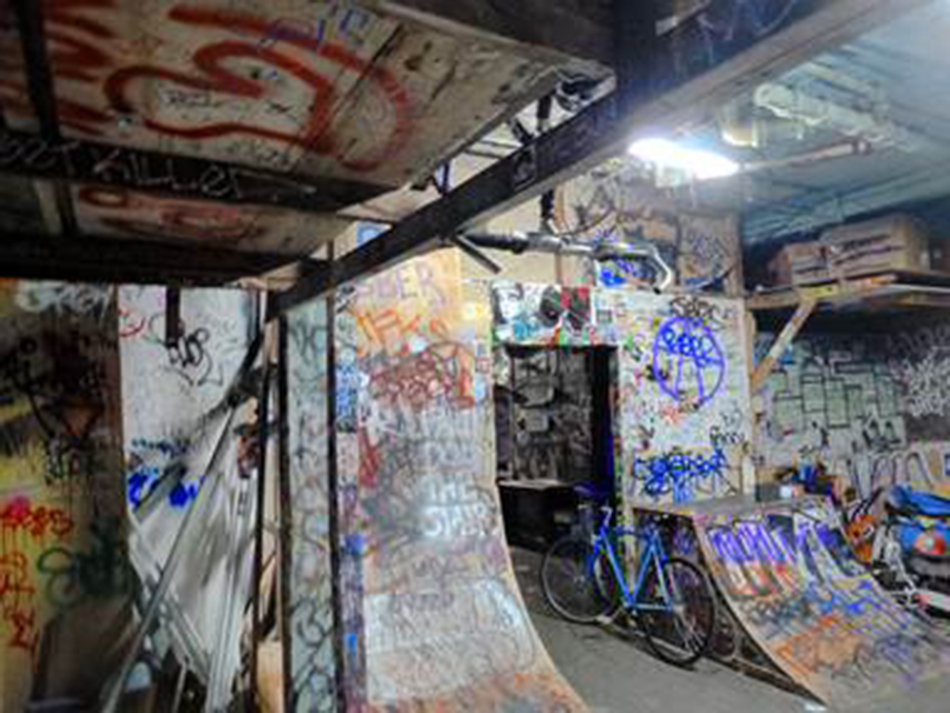 The building and fire codes we are required by law to live by come from the State of California and are, collectively, the 2013 California Building Standards Code, Title 24, California Code of Regulations, also known as the California Building Code. They include the California Fire Code as well as codes for buildings, including plumbing, electrical, mechanical, etc. Most cities have their own set of amendments that, if adopted, must be stricter than the state codes. The original purpose of building codes was to make buildings safer from fire. Before building codes, cities all over were regularly consumed by fire.

All cities and counties are required by the state to be the enforcer of these codes. Making sure that buildings are safe for not only their permanent occupants but also for the public that uses them periodically, is a core responsibility of cities, but not all cities do a very good job of this for a number of reasons. Enforcing codes in existing buildings, including making required inspections, is a low priority for many cities. It can be tedious and time consuming and often requires a level of persistence that code compliance employees are reluctant to exercise. News reports indicate that Oakland inspectors made a single effort to gain access to the “Ghost Ship” sometime prior to the fire but were unable to do so. Apparently, they gave up and never came back. 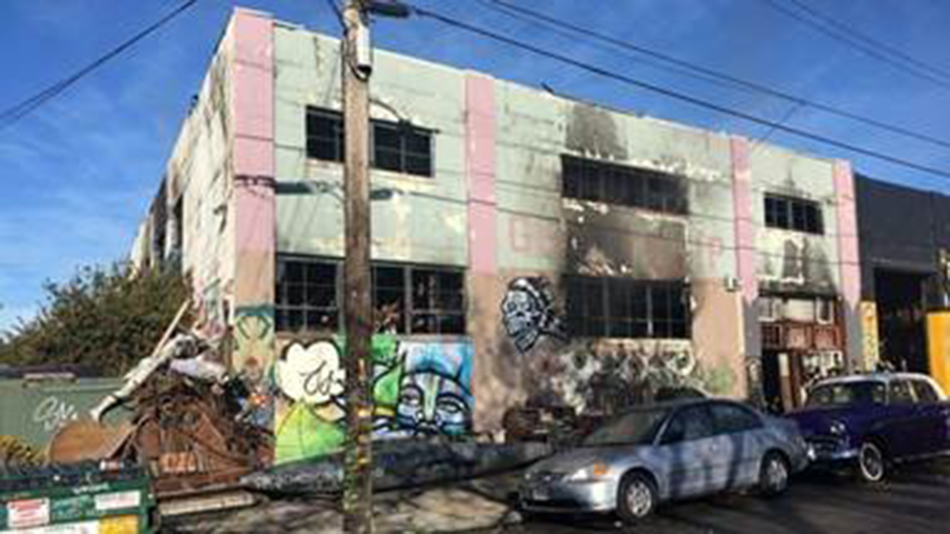 Cities also get a lot of pushback when trying to enforce codes. Everyone wants to be excused or some reason. Artists want to be excused because they are well – artists. And other people are also sympathetic, explaining that the overzealous city should let them be – artists – just doing their thing. Apparently finding a cheap studio or place to crash is more important than life itself.

Which brings us to Richmond. I am actually proud of our City staff for bearing down on code enforcement lately, even though we have a long way to go. Richmond has long been known as a place that doesn’t take code enforcement seriously, and even some City Council members, like former council member Corky Booze, who is still being pursued legally by the City for his illegal junkyards, have championed lax code enforcement. 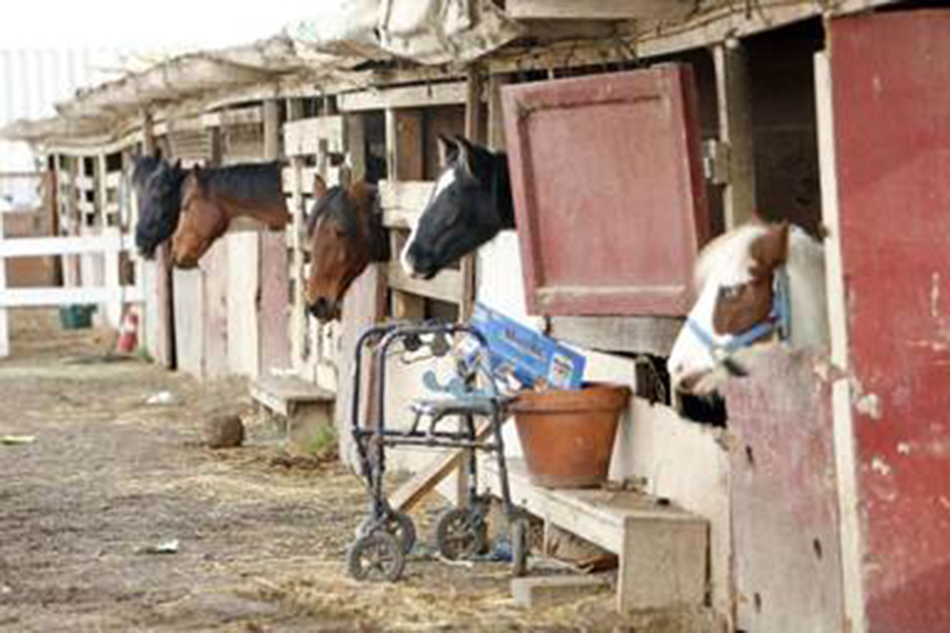 One recent and highly publicized enforcement action in Richmond involves a large, unpermitted commercial horse stable (Horses in Richmond? December 2, 2016). Many critics of the enforcement action have urged the City to back off (“The horses aren’t bothering anybody, and “ This is the only place that an ordinary blue collar person can afford to board a horse.” Well, the stables aren’t just for horses. Horse owners and care givers are in there all the time, including children. Haphazard wood frame construction and hay all over the place is a disaster waiting to happen.  The place is an acknowledged firetrap. There is no permit, no business license, and there have been no fire inspections. One of the reasons is that such inspections typically tier off a business license, and when there is none; the premises are under the radar. Just like the Ghost Ship, the property owner and prime sub-tenant are making money from the operation, and many people are justifying it because it’s about only – horses.

We even have our own “Ghost Ship” in Richmond, a place called “Burnt Ramen” at 111 Espee Avenue, an unpermitted, unlicensed night club that boldly bill its self as “an unsafe place for all ages.” Because it has no business license, it has never  been inspected.

Building and fire codes are there for a reason, to keep us all safe and alive. We need to embrace them and hold those accountable who flout them, particularly for the purpose of making money.