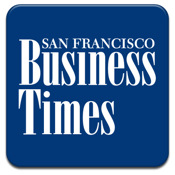 Doctors Medical Center, an embattled safety net hospital in San Pablo that stopped accepting new ER patients by ambulance in mid-August, announced a surprise Election Day gambit to avoid closure, after months of saying its best remaining option would be to convert to an urgent care care or other smaller-scale facility.

But some necessary supporters, namely local hospital systems, haven't signed on to the proposed solution.

The plan — a package of "debt relief, new revenue sources, and on-going and new spending reductions — would close an annual $20 million shortfall and even create a modest operating surplus by 2016, "if it all came together," officials said.

Doctors serves about 250,000 in West Contra Costa County, and has scrambled for more than a decade to find a business model that is sustainable for the long run and will provide enough funding to pay for long-term capital needs, including a major seismic retrofit or rebuild.

Tuesday's announcement has the look and feel of an Election Day gambit, not a serious plan to save the troubled facility, which has flirted with closure and bankruptcy several times in recent years, after emerging from Chapter 9 protection six years ago.

But Chuck Finnie, a spokesman for the hospital, said Nov. 4 was the only date on the calendar that worked for today's conclave, noting that "time is running out," since Doctors Medical Center is expected to run out of cash by March.

But others felt blindsided by the timing.

Rebecca Rozen, an East Bay regional vice president at the Hospital Council of Northern and Central California, which has been working with local hospitals and political leaders for months to come up with a fiscally feasible of saving at least some services at Doctors Medical Center, told me her group was not notified of the new plan until Monday night.

"We were a little bit taken aback," she said Tuesday morning, adding that the position of local hospitals hasn't changed.

"We always said that the amount of funding (that Kaiser Permanente and John Muir Healthgave to Doctors in recent years) was important but didn't lead to any long-term sustainable solution, Rozen added. The hospital group continues to believe that only a much smaller, less expensive urgent care center makes sense for the San Pablo facility.

In a statement late Tuesday morning, the hospital lobbying group said the new proposal "was developed without all the parties at the table and needs to be examined in detail."

There are "many contingencies that will take months to resolve without any guaranties of success," the Hospital Council said, "and we are concerned about the potential disruption of care in West County."

Kaiser, which has a hospital in nearby Richmond, and Muir have subsidized Doctors to the tune of tens of millions of dollars in recent years, but have balked at continuing to do so, given the lack of a feasible long-term strategy to make it sustainable.

Supervisor John Gioia, who represents the district where Doctors is located and where the largely poor population its serves live, could not be reached for comment.

Eric Zell, chairman of the health care district's board of directors, said in a statement that the cobbled-together last-second plan can work "but only with shared commitment and sacrifice."

The surprise announcement blindsided the Hospital Council, which has been working with other parties to come up with a plan to salvage some operations at the facility, including Public Health Director William Walker, M.D.

That group has been discussing ways to make an urgent care center, standalone ER or other drastically downsized facility a reality, instead of having the entire hospital close. The Hospital Council's Rozen said it still believes an urgent care center is the best and most feasible bet to salvage some services in San Pablo.

The last-ditch effort would require a number of steps that seem highly unlikely, given recent history, including:

Finnie, speaking for Doctors, insists that the landscape has changed now that county officials, other major players and residents of San Pablo and Richmond realize the safety net hospital truly is in danger of closure or shrinking drastically.

Previously, he admits, nobody wanted "to contribute money to an unsustainable cause."

But even now, the new plan would require further major sacrifices by groups that have indicated little or no willingness to do so, including unions, hard-pressed hospital district taxpayers, and rival hospital systems.

Finnie's analysis: "If everyone gets in a circle and holds hands, we can do it."