Ben Therriault: On the Role of the Police Officers Association 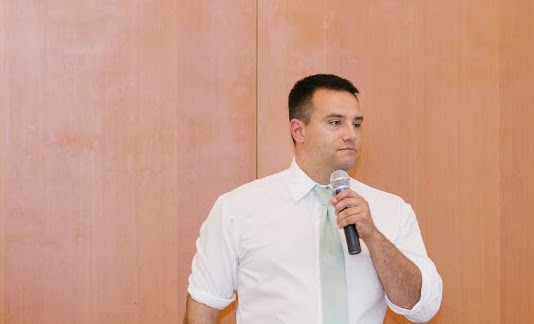 The Richmond Police Officers Association (RPOA) is the union for the entire rank and file of the Richmond Police Department (Sergeants and Officers). The union is elected by the rank and file to help advocate for the membership and look out for their best interest on a variety of issues. Recently Councilwoman Jovanka Beckles accused us of defending “racist murderers.”

We all read the news, we all see how this union operates - they defend racist murders and you know they defend to the core, to the point of making the victim’s look like the criminals.”

That statement is not only a grossly inaccurate, it is purposefully divisive. This language only attempts to usurp the amazing community policing practiced by our members. Our community has a nationally known and recognized police department.  This is an offensive statement about the officers who are out protecting Richmond citizens and their property every day, 24/7, 365, rain or shine. With a little more understanding of who and what the RPOA is and does for this city, I think those who make such uninformed statements can come to realize how inaccurate this sentiment really is.

The RPOA was formed back in 1969, we are a public sector labor union. Being such an organization, we adhere to the California Government Code just like any other public sector labor union. We are contractually bound with the City of Richmond. The priorities of the RPOA are to make sure that Richmond officers receive commensurate pay and benefits, due process under the law and quality working conditions. If there are cases where our members are facing some punitive action, discipline, or resolving issues concerning their benefits and working conditions, the RPOA is responsible to ensure that the appropriate legal resources are available.

When the RPOA has been the target of political attacks, it is often espoused that it is an entirely different organization than the officers within the Richmond Police Department. This viewpoint is based on ignorance. The police department is simply an institution. A building does not respond to your call for service or help, people do. These amazing women and men who I serve side by side with are, in fact, the Richmond Police Department. This department is made up of officers who are in the community spending their own time and hard earned money improving the city. As RPOA members, we donate thousands of dollars a year to various Richmond events and organizations like the Richmond Police Activities League (RPAL) and Know Your Rights-Youth Empowerment Day.

It’s true that there has been a troubled history in the past between the department and the community. I often hear comments about “The Cowboys” period from the late 1970’s and early 1980’s.  A police commission was formed as a result by the city. However, there are many crucial pieces of history left out when people speak about this era, including the fact that the RPOA leadership at the time was actively engaged in the formation of the Commission. I think it’s unfair to judge what amazing strides have been made by our department (RPOA members) since that time.  We are a majority minority organization. Most officers weren’t even alive when the Cowboys were around 35 years ago, making references to this time period in the modern era without context.

In regard to more recent history and the issue of the Richard “Pedie” Perez case, which brought back these old accusations, it’s easy to see that a lot of this is simply politics. The are some elements in the city who simply have a political agenda.  This is not about fairness or transparency or justice. This is about an biased agenda against one of the most transparent police departments in the country. A department that is at the forefront of just about everything in policing. Several residents have told me of how disappointed they are to see an artificially created crisis for the furtherance of this agenda. I feel the love and trust for our department on the street every single day. This prejudgment that our police department can’t be trusted is conducted with virtually no facts and little concern about any appropriate legal process.

As RPOA members we are financially responsible for the legal defense of all of our members. No matter what the charges or allegations are against an officer, they have a right to this as a member of the RPOA. I find it troubling that we would be attacked just for exercising everyone's due process legal rights to a defense. We're practicing what every public agency that has bargaining rights in California would do. Would we be attacked for doing this if our union was named SEIU? I doubt it.

As police officers we are often the subject of complaints for simply carrying out the law enacted by the citizenry. The vast majority of complaints are either frivolous or because a complainant didn't understand the legal concept(s) being applied at the time. Police officers are entitled to proper legal representation and due process under the law. Even if they are ultimately found guilty of wrongdoing, there is nothing more American than due process.

The Richmond Police Department is a building with four walls and a roof. The people who work inside it, the members of the RPOA, those are the people who actually do the work and almost every single one of them is a dues paying member of our organization. Overall, they have a amazing reputation with the public as is supported by community surveys year after year. I think for elected officials to be out there trashing that, but then praising us at the same time is shameful. Especially when all we are trying to do is follow the law.

The police department already has processes on top of processes that address training issues and ways to improve ourselves and we employ them. The RPOA supports these efforts.  How much money are we going to spend on investigations that will render the same results? How many more police training opportunities, city parks, children services will be sacrificed to pay for redundant policies? This city, our city, deserves more from its elected officials.

Some of the council said we are the best police department but we can always do better, well that goes without saying. Any group, and person, can always do better, but you can't say that we defend racist murderers when you don’t even know the facts of a particular case, only what you’ve heard.  You can’t call us racist murderers when you don’t even know who the rank and file is. The RPOA as a group, as a union, as over 90 percent of a police department, is the Richmond Police Department. You can’t say that all of your officers are great people and do good work and can be trusted and then from the other side of your mouth say we can't be trusted. Which one is it? You can't have it both ways.

By: Ben Therriault, President of the Richmond Police Officers Association and Richmond Resident