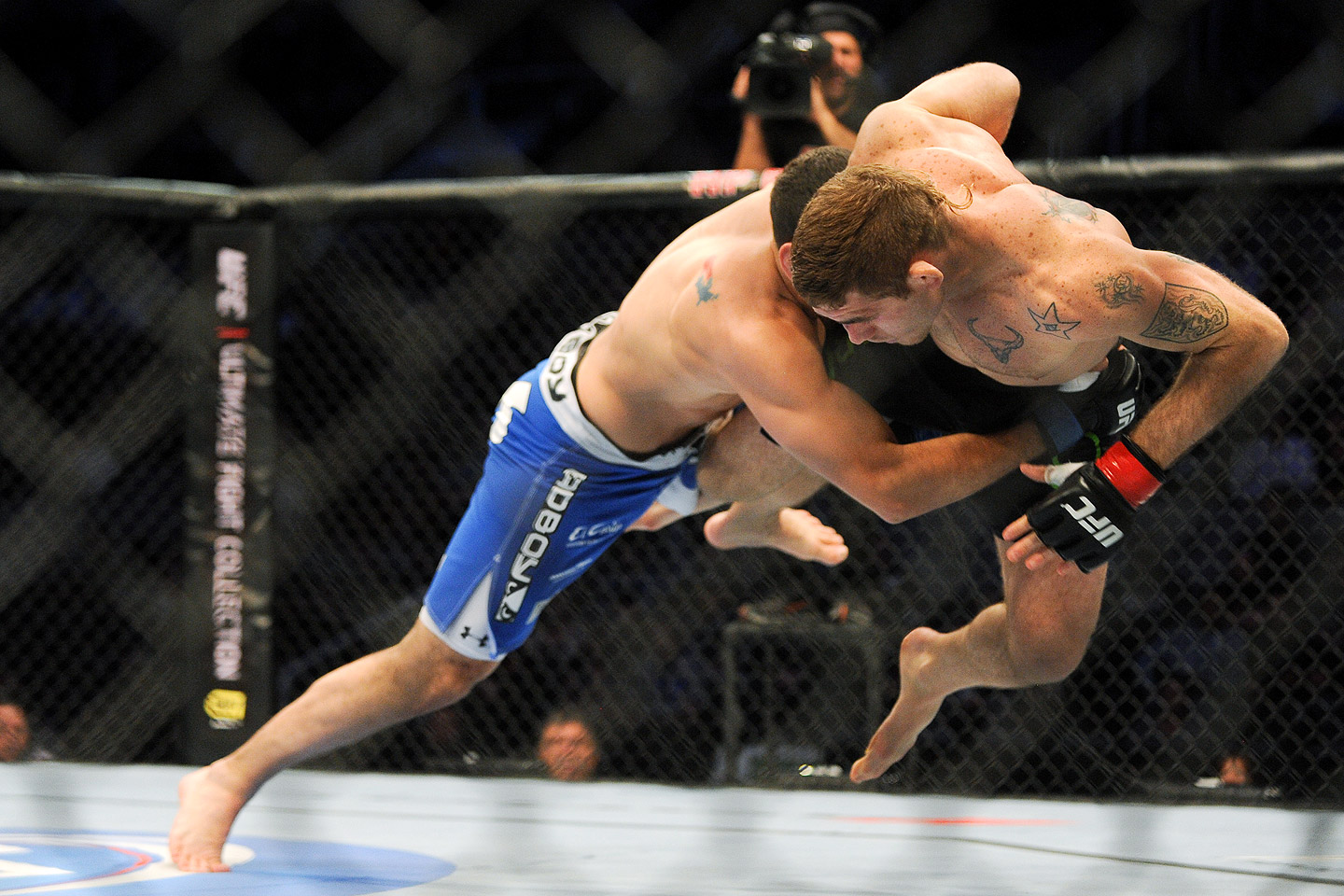 The Craneway Pavilion will host a cage of fighters this Saturday. Over the course of six hours, 28 men and women will put themselves in the ring and use their skills in Mixed Martial Arts (MMA) —which has influences from boxing, jiu-jitsu, and other fighting disciplines—to punch, kick, and drag themselves to victory in the first-ever Conquer Fighting Championship match.

MMA is one of the fastest growing sports in the United States. From big name fighters like Rhonda Rousey to local gyms dedicated to the sport, a growing number of Americans are taking on the opportunity to prove their physical and mental determination in a no holds barred fight against another.

Saturday’s event marks the first time the sport has come to Richmond in this capacity. Violent, ruthless, and often bloody, the sport is also a point of convergence for community members dedicated to this common cause.

“I like the challenge, and the discipline, and then just the feeling of winning,” says Derrick Easterling, a 28-year-old MMA fighter from San Pablo who will be in the cage on Saturday.

Easterling first started training in jiu-jitsu 11 years ago and only recently got involved in the local MMA league. To him, the sport is about more than just a fight —MMA offers him an opportunity to channel formerly detrimental aspects of himself into something positive.

“Before MMA, I was in a drug rehab program in Santa Rosa, but I found through martial arts that it just replaced all of that addictive urge I had,” the fighter explains. “Now I just get high from working out and competing.”

On Saturday, Easterling is fighting Hector Sandoval, who, with a 9-2 record, is ranked third in the region.

“I feel like now it’s my time to come up and make some noise and get the same recognition as one of the top fighters in the Bay Area,” says Easterling.

As much as Saturday’s championship event is a chance for Bay Area fighters to prove their worth, it also marks the first time that this league has held such an event. To Tyson Griffin, COO of Conquer Championship and a key organizer behind the event, this is all possible as a result of the local MMA community coming together.

“It just came down to everyone being involved,” Griffin says. “We got our own fight gym going and we realized that the smaller MMA fighting shows in the area weren’t that well run or taking things too seriously, so we decided to do it ourselves.”

Saturday’s event has been years in the making, from gathering a talented, dedicated group of fighters, to securing sponsors and finding the arena. Griffin thinks this is the perfect time for things to come together.

“MMA is getting so popular now, and we’re just bringing it to another area,” he says. “There are a lot of people out there that can use this positive influence and see how MMA can lead to positive things.”

In addition to the 14 bouts on Saturday, the championship event will provide an opportunity for fans of all ages to learn more about the sport and meet top ranked local fighters. From there, the future of Conquer Championship will come down to how the broader community responds to it.

“We really have to see if the community and people in the Bay Area really want this,” Griffin says. “Hopefully ticket sales are right, because that will help us keep this going and show that the community cares about local MMA.”

Albeit counterintuitive for a sport as violent and ruthless as MMA, the core of Conquer is a desire to build something together and connect a community —at the same time as everyone is giving it their all to win.

Conquer Fighting Championship happens this Saturday, November 21, from 4 pm to 10 pm at the Craneway Pavilion, 1414 Harbour Way South, in Richmond. To learn more about the league, click here.