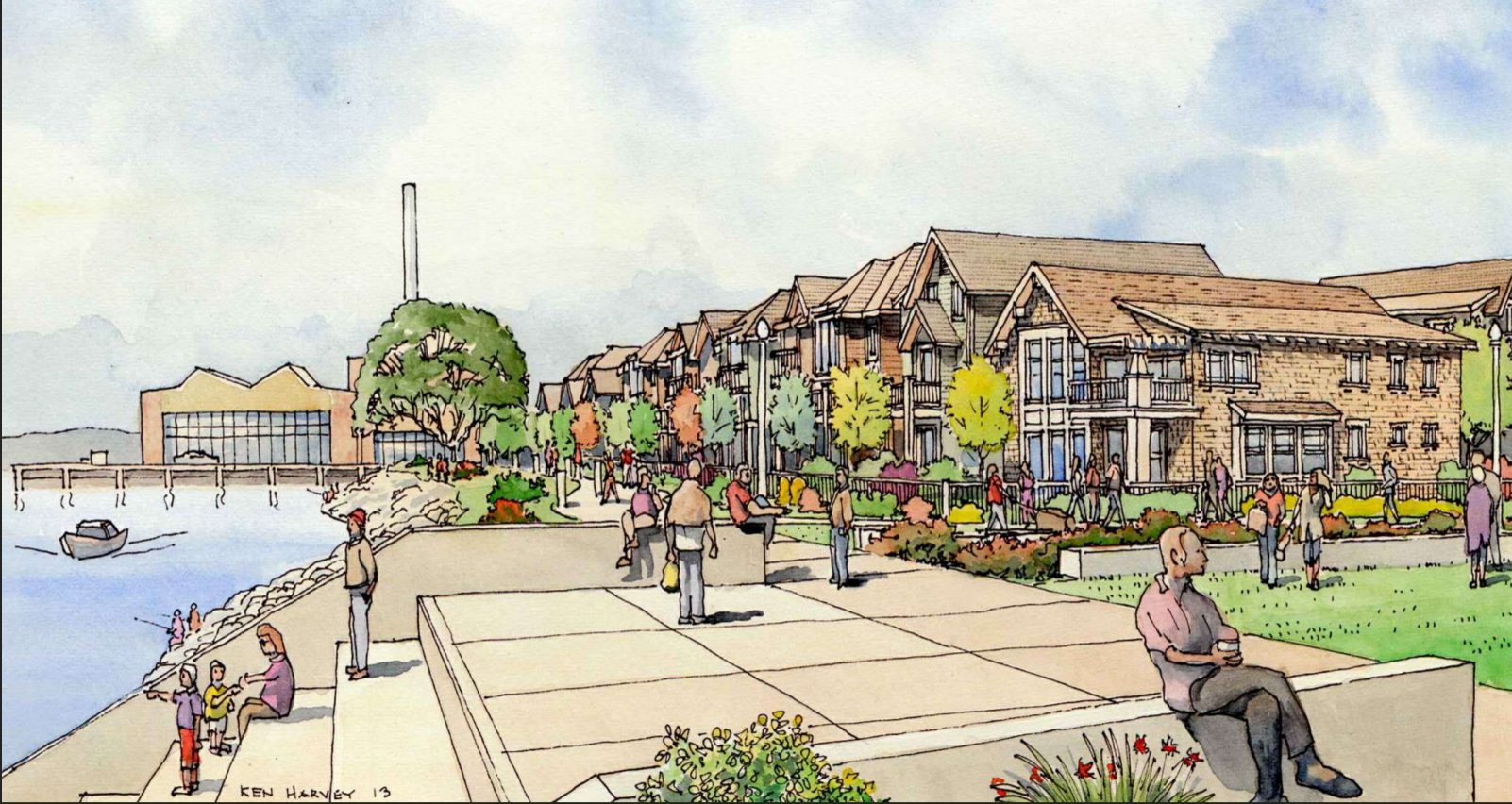 An eccentric developer, large amounts of cash, and the future of development in Richmond are coming to a head around a controversial ballot initiative and housing development proposal that could have lasting effects on the city’s General Plan.

The controversy surrounds a proposed suburban-style development called the Richmond Riviera that would be built on a 4.9 acre plot of land just East of the Craneway Pavilion. Current zoning for the site calls for high-density commercial and residential development on the site. The ballot initiative would change this zoning to allow for lower density zoning to accommodate the project.

Such a shift could reduce the potential for affordable housing in the city and reduce the feasibility of the ferry line that will connect Richmond to San Francisco.

The current owner of the land and developer to-be Richard Poe has pushed for this development in unconventional ways. Namely, Poe is circumventing the design and environmental requirements of Richmond’s General Plan by pushing for approval of his development and change to the General Plan through a ballot initiative that will likely come before voters in June 2016.

City planners believe that this proposal could derail goals for development and set a dangerous precedent for approving changes to the City's General Plan without the collaborative community input that initially went into the Plan's development.

“The General Plan was the result of a five-year process and hundreds of meetings across the city,” Richard Mitchell, Director for Planning and Building for the City, said at a recent discussion on the proposal during City Council. The purpose of the General Plan is for the city to lay out its vision of development for the city that is based on the needs and goals of the community, Mitchell explained.

In the development of the city’s General Plan, three key locations — Hilltop, downtown, and this five-acre plot — were identified as areas for higher density, commercial and residential development than what is allowed elsewhere in the city.

Each of these high activity zones were selected for their particular positions in Richmond. The plot of land in question is a key resource to the city’s future development

The plot of land in question is one of the last undeveloped spaces in a transforming neighborhood. A ferry line connecting Richmond to San Francisco, that will dock nearby around the Craneway Pavilion, is scheduled to open in the next two years. The UC Berkeley Global Campus, a project that will change the face of southern Richmond, is poised to break ground next year. A new overarching transportation and development plan was recently approved by city council.

At a time when this neighborhood is transforming, Mitchell explains, “this proposal is inconsistent with numerous policies.”

Current General Plan guidelines could accommodate between 50 and 125 dwelling units per acre, while the Richmond Riviera would have around 12 units per acre.

According to the Richmond Planning Department, such a shift could inhibit the city’s ability to meet it’s Regional Housing Needs Allocation, which is the City’s obligation to provide its share of housing in the area.

When asked why he wanted to pursue the development through the ballot initiative, Poe said “After three years, is that really a question?”

Poe is getting creative to secure its approval after years of pushing for the project. The developer recently brought an extra large novelty-sized check for $2 million to a meeting of Richmond City Council. Poe would give it to the City, he said, if his proposal was approved then and there. The Council didn’t take him up on the offer.

Another of the city’s main concerns of the initiative is that it flies in the face of the democratic process around developing a general plan and development goals in Richmond.

“If this initiative is approved, the project is approved absolutely as it is described here,” the head of the Planning Department said. “There will be no Planning Commission, no design review, there will be no community input, no council review, no nothing.”

If approved by voters, the City would have no power to order an environmental review of Poe’s proposed development, though the developer has said he would do one voluntarily.

It is expected that on Tuesday city council will put the initiative on the ballot for voters in a special election in June 2016. From there, it will be up to Richmond voters to determine the future of development in the city.