Here are the election results as of 2:30 this morning.  This three page set of results covers the Richmond Council and Mayoral races on the first two pages and the WCCUSD Board race on the third page.

Along with the rankings, each set of numbers includes a breakdown so you can see whether the votes were cast for each candidate mostly at the polls or mostly using mail ballots.  Overwhelmingly, the RPA candidates received their votes at the polls.  In the School Board race, Peter Chau posted HUGE numbers in the vote by mail column.

There is also a column showing the delta between each candidate.  The delta is the difference between a candidate and the next highest candidate.

On the Richmond Council it was a clean sweep for the Richmond Progressive Alliance and those that sympathize and vote with them.  Once the new Council is sworn in there will be a vacancy for Tom Butt’s seat and it should be expected that Mike Parker will be appointed to fill that position.  This will give the RPA a solid block of 6 of the 7 seats.  This will mean very bad news for Chevron and will put eminent domain back on the table.  The RPA will have a super majority to do whatever they please.

Over the next 7-10 days we can expect the data on these charts to change as the Elections Department reviews provisional ballots.  As new numbers come out you can expect to see new numbers until we have a FINAL certified set of results.

On another note, Tony Thurmond won BIG TIME for his Assembly race with 54.3% of the combined vote.  For the first time in decades West County has representation in the Assembly.  Berkeley no longer owns this Assembly seat.  My personal congratulations go out to Tony. 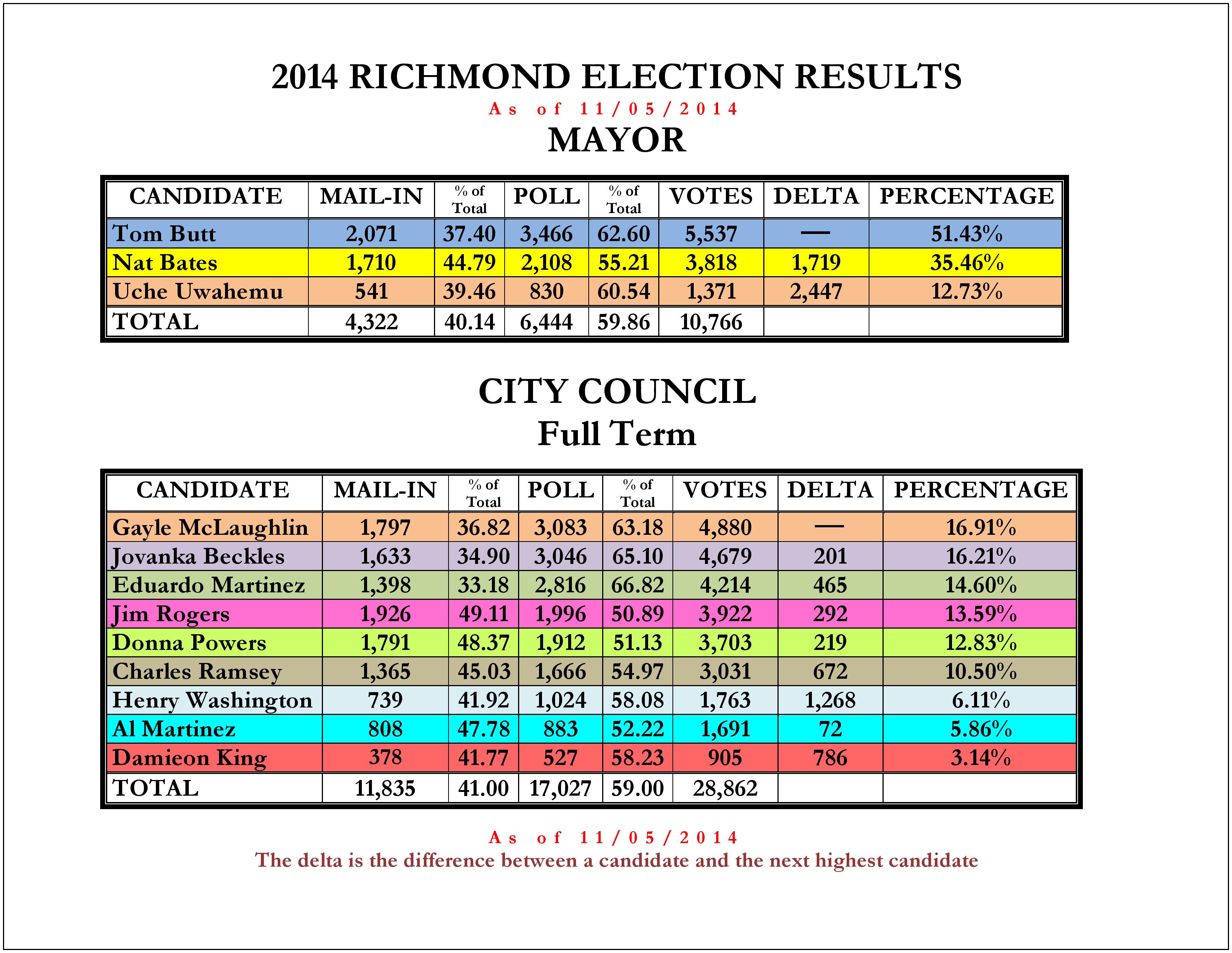 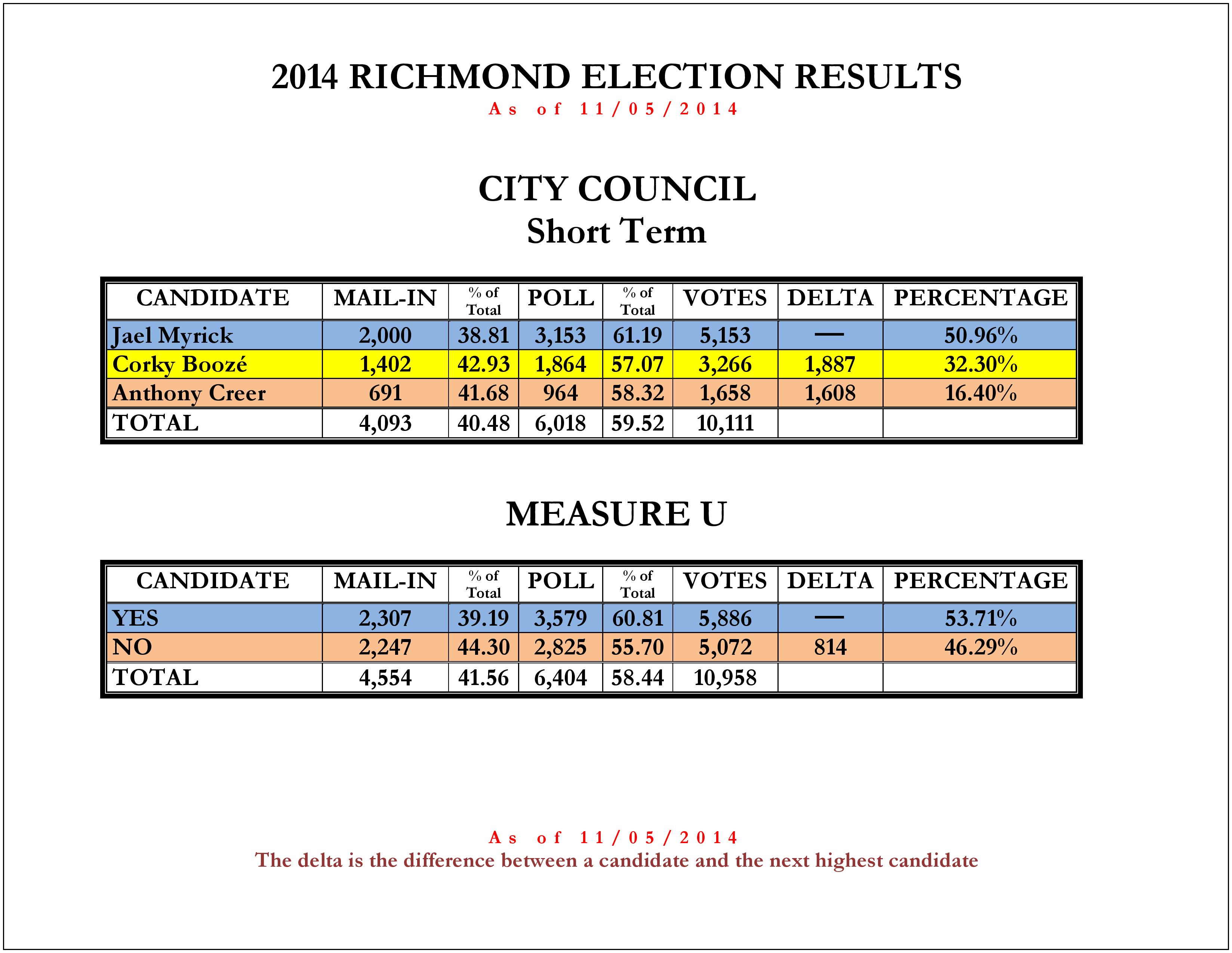 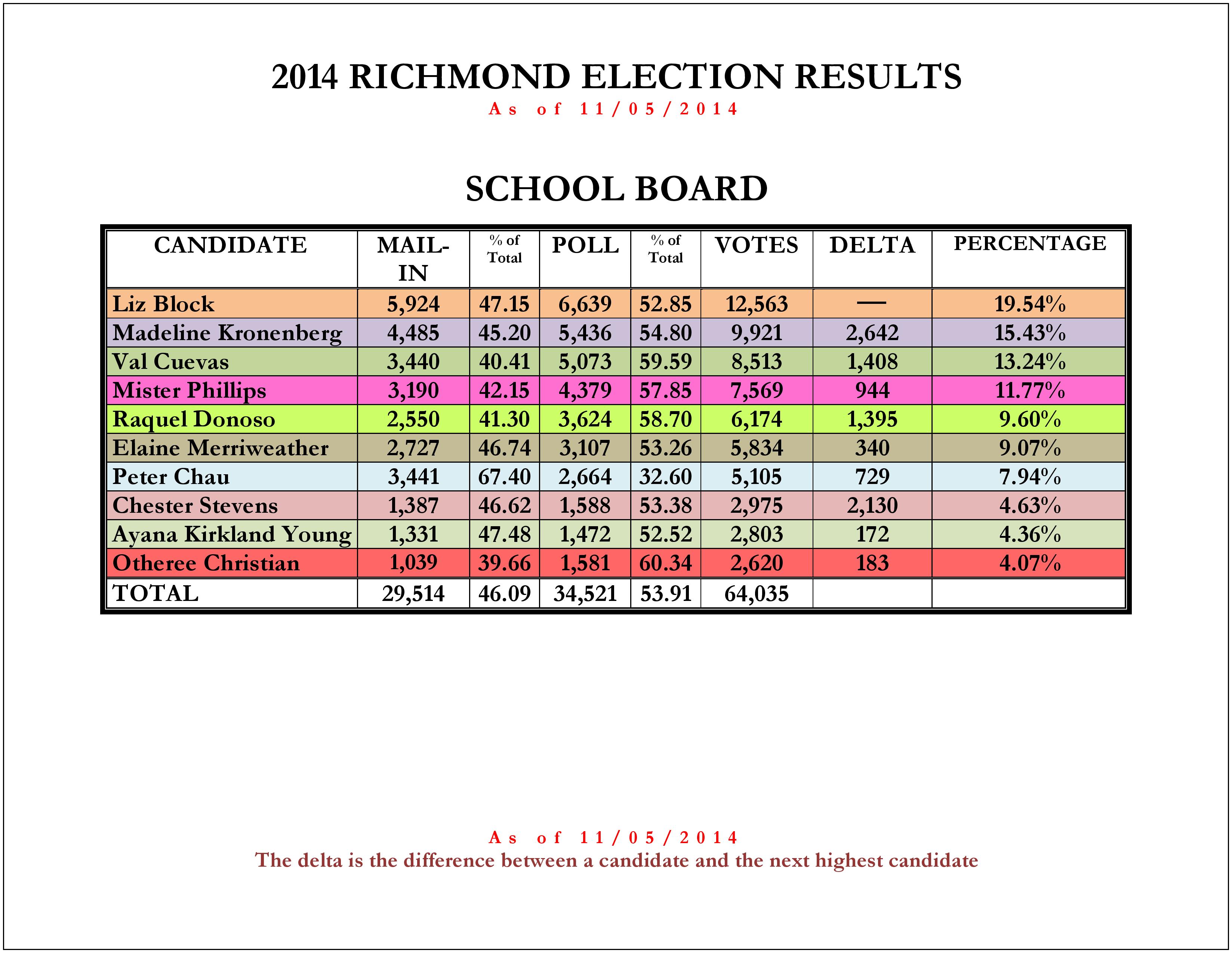