Some thoughts on the announcement that another major business is leaving West County.

JCPenney has been a staple for working families for decades—a place where mothers took their children every August to select reliable clothing for their children as the new school year approached.

Working men and women relied on JCPenney for the tough work clothes necessary for their employment.

Big and tall men had a wealth of options to choose from at JC Penney as they strove to find clothing that fit their larger physiques.

On March 15th, though, JCPenney announced they were closing 138 stores nationwide making it more difficult for customers to fill their needs.  For those living in West County, this became acutely more of an issue as they learned that the JCPenney at Hilltop Mall was one of the 138 slated for closure.

What came from JCPenney corporate headquarters was boilerplate when companies downsize:

“The move is hoped to help JC Penney better compete in the changing marketplace, CEO Marvin R. Ellison said in a statement when the closures were first announced last month.

“We believe closing stores will also allow us to adjust our business to effectively compete against the growing threat of online retailers,” Ellison said.”

While this may be beneficial for the company as a whole, it does the people of West County no good at all.

Actually, the JCPenney that many of us grew up with ceased to exist a great long while ago.  As a provider of clothing, bedding, appliances and home furnishings, it just isn’t what it used to be.

In particular, on this night I went shopping for underwear—almost all of us wear them so quit your snickering.  As is often the case, the men’s underwear department was it’s typical mess.  Much of the stock was on the floor.  On the shelves, there seemed to be no order to how the items were stocked.  There might be four sets of shelves one above the other with 4-5 rows of shorts on each shelf.  Starting with the first row a customer might find boxers, low rise briefs, knit boxers, full briefs, low rise boxers—all mixed together.  All of these would be on the same shelf, the same row, all without rhyme or rhythm.  The same with sizes. 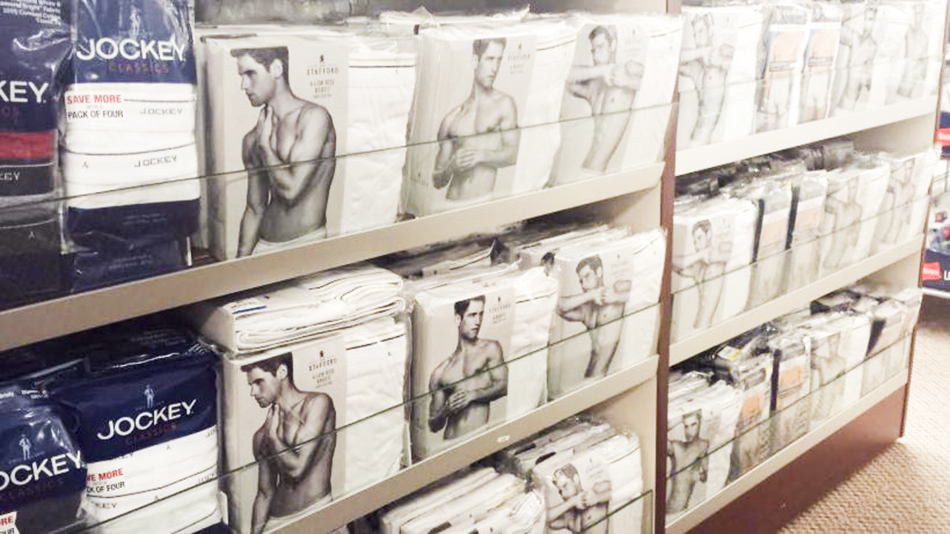 By the way, the shirt department and the pants department looked the same.

At a store that wants a customer’s business, a customer might reasonably expect to find the goods stocked based on style and size.

Instead, to find the style I was looking for in the size that fits, I had to go through at least 400 packages to find the ONE pack that I was looking for.  Sadly, because they were having a sale where the second package was half off, I was unable to take advantage of this offer because there was only one package that met my needs.

The buyers for their Big and Tall section are under the impression that those of us who don’t fit the model of a slender, pencil necked short person, should wear track suits, golf shirts and T-shirts advertising a beer or athletic company.

Even in the pants department where a customer might be looking for a pair of Levis, the sizes seem to be aimed at attracting teenagers—small, skinny, scrawny teenagers.  Look around you and ask how many adult males that you see might wear pants/slacks with a waist smaller than 38.  Finding pants larger than that at JCPenney is a pipe dream.  The same with belts to hold them up.

Most of the times, the prices fail to reflect the lower prices that customers can get the same or similar goods for at neighboring discount stores like Target, Costco, Ross or a number of other outlets.  And, of course, there is an endless array of online options.

Coupons are nice but lower prices across the board will attract more customers on a regular basis.

JCPenney’s business model in recent years—especially at their Hilltop store—minimized store representatives on the floor to assist customers.  Store associates assigned to the registers—those places designed to get the customers to part with their hard earned cash—were also minimized.  Standing in lengthy lines to be given the privilege of giving JCPenney money was more the norm than the aberration. 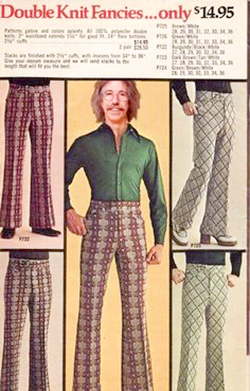 While standing in line to purchase my shorts and t-shirts, I spoke with a mid level manager about some of the things she had been told helped put this store on the closure list:

"Approximately 5,000 positions nationwide will be impacted by the store closures, most of which will occur in June," the company said in a news release Friday. "JCPenney is in the process of identifying relocation opportunities within the Company for esteemed leaders."

While JCPenney will provide outplacement support services for those employees that are not being offered jobs at their other stores, here in Richmond most will lose their jobs—and their paychecks.

I spoke to the young man ringing up my sales and he explained that he was happy to be transferred to the Concord store—which he says provides more support on the floor for employees—he is not happy in the $2 per hour cut in pay (16%) or the extra 46 mile commute each work day.

Local workers losing their jobs is always bad.  Local businesses shuttering their doors so local customers have fewer local shopping opportunities is also bad.  But the wolves are at the doors of Richmond as it fights to keep its head above water.  Businesses are leaving Richmond, which means that their tax dollars can no longer be counted on.  A successful city depends on tax revenue from a wide variety of sources and when taxes from businesses are no longer the major source of revenue for a city, then the burden falls onto the backs of regular working men and women.  If this were a more affluent community, perhaps they could afford to pay a heavier tax burden but Richmond is not one of those communities and there’s only so much they can be expected to bear.

Invite your elected representatives on the City Council to refocus their attentions on bringing businesses—with their good paying jobs and tax revenues—into Richmond.