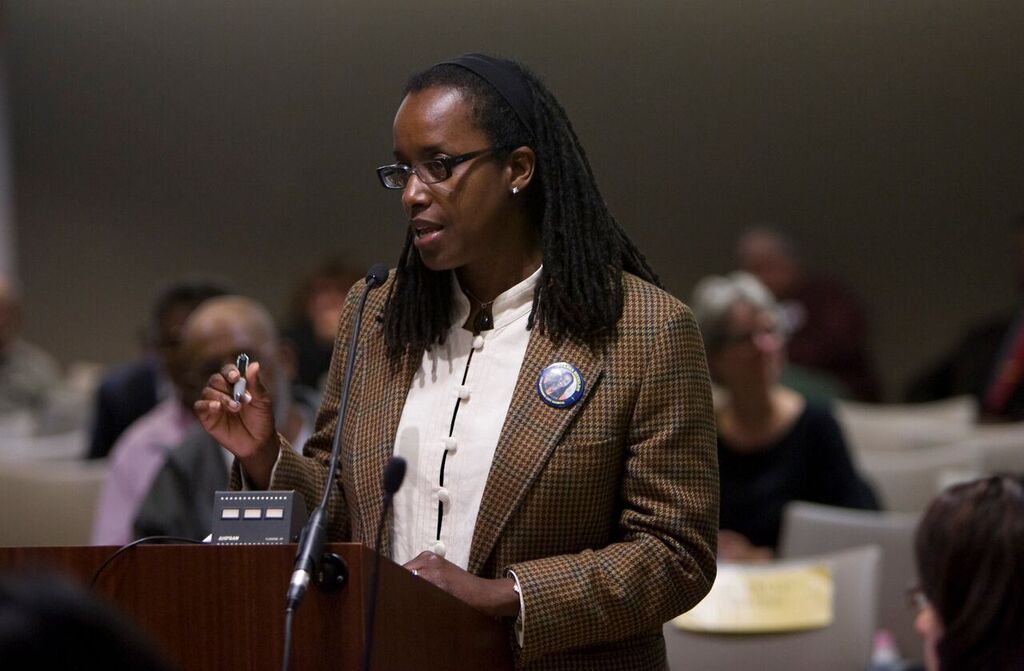 Let me begin this issue of Real Talk by explicitly stating what is clear and obvious to any reader who follows me, and certainly to all who know me well. I am one of the biggest fans of the City of Richmond Police Department. I have deep respect for the officers who believe in community policing and respect the community in which they serve. These men and women extend themselves to members of our community regularly. Many of them have established meaningful and mutually beneficial relationships with individuals of all ages from diverse backgrounds, across the city. They are welcomed into homes, community centers, and local events. Many of these same individuals risk their lives daily for the safety of the community in which we live and work and have our families.

It is extremely unfortunate that Mayor Butt has chosen to distort my intention to respond to legitimate community concerns regarding individual actions of officers, and my request to closely examine the actions and power of the police union. Even after I clarified my position, the mayor continues to promote a false narrative he constructed and that misses the point of my position entirely. It is this misrepresentation that threatens to further divide a community in need of healing and cooperation.

Richmond is not alone in this effort. Cities and States throughout the U.S are taking measures to replace fear and ill will, with trust in Police Departments. There is wide spread recognition that this requires relationship building and acts of good faith. We need the police unions to get on board with this critical relationship building and mending. Even a department like Richmond's, that has gained national recognition for its community policing strategies, can improve and do better. Officers committed to the process of community policing model understand that it is a process that requires work and time.

While on the national level we hear about shootings of unarmed citizens in cities across America daily, we are fortunate that in Richmond we have only had one officer involved shooting death of a resident in seven years. Some may say, that's just one person. Why make a big deal of it? Why? Because one shooting of an unarmed resident, is one too many. What happened, and what must be done to prevent it from happening again? These are the questions many in our community are asking, and they are insisting on an answer. If these questions aren't answered, we risk losing the trust many have in the police department and we miss an opportunity to engage with members of the community whose trust we want and need. The Richmond PD has worked way too hard to gain the trust of the community, for one incident to throw it all away.

That is why I co-sponsored two items on the City Council agenda last Tuesday, February 2nd. The items are:

K-2. STATEMENT OF THE ISSUE: On September 14, 2014, an unarmed man, Richard Perez, was fatally shot by a Richmond Police officer. Although the District Attorney and the Richmond Police Department have concluded that the officer was not at fault, persistent allegations of use of excessive force have been raised by community members, based on available evidence.

RECOMMENDED ACTION: DIRECT staff to initiate, as soon as the position of Police Commission Investigative Officer has been filled, a Police Commission investigation into the killing of Richard Perez on September 14, 2014, to determine whether excessive or unnecessary force was used in this case, and to report Police Commission findings publicly to the Richmond City Council to the extent legally possible - Vice-Mayor Eduardo Martinez (620-6593), Councilmember Jovanka Beckles (620-6568), and Councilmember Gayle McLaughlin (620-5431)

K-3 RECOMMENDED ACTION: DIRECT staff to include language on any upcoming changes to the Police Commission Ordinance to require the Police Commission to conduct an investigation of any instance of a person being killed or seriously injured by police action, to determine whether excessive or unnecessary force and/or racially abusive behavior had occurred, and report Police Commission findings publicly to the Richmond City Council to the extent legally possible - Vice Mayor Eduardo Martinez (620-6593), Councilmember Jovanka Beckles (620-6568), and Councilmember Gayle McLaughlin

STATEMENT OF THE ISSUE: On September 14, 2014, an unarmed man, Richard Perez was fatally shot by a Richmond Police Officer. Although the District Attorney and the Richmond Police Dept. have concluded that the officer was not at fault, persistent allegations of use of excessive force have been raised by community members based on available evidence. No Police Commission investigation of this case was allowed to occur due to a technicality, and this recommendation aims to correct this situation.

Since these items were presented at the City Council meeting, and in direct response to Mayor Butt's three inflamatory e-forums, I have been challenged by certain individuals to defend my position. I maintain that there is nothing wrong with an automatic independent investigation if an unarmed resident is killed or hospitalized. Opponents argue that this level of accountability and transparency is not necessary. Obviously, I see it differently. I would hope that all police unions would welcome this level of transparency and accountability to engender trust and to ensure justice for all.

Richmond is known for its "firsts." Many of which were initiated by Richmond Progressive Alliance members and/or its allies. In creating this policy-the first in the nation-The Richmond City Council once again is leading the nation in promoting positive social change. I encourage other cities to follow our lead. The best opportunities for change are frequently at the local level and they ripple outward to bring changes to other cities, states and eventually the country.

As the #BlackLivesMatter civil rights movement continues to grow, young people are making demands to end police violence in America. Campaign Zero spells out some of these demands that include community oversight and engagement, training and accountability, transparency and cooperation.

While I agree with most of the demands, I agree wholeheartedly that accountability creates trust and good relationships within the community. In Richmond, we have been practicing community policing. Now we are taking action regarding higher levels of accountability and transparency.

Melvin Russell is a Baltimore Police Officer, who like so many of our Richmond officers, has ties to the city in which he works. He passionately states in his ted talk (I Love Being a Police Officer But We Need Reform), "We're in this together", and "we have to think radically. We have to think outside the box." That is what he is advocating in Baltimore. That is what we're advocating in Richmond, California. It doesn't have to be contentious. On the contrary, well meaning people can disagree and still do what's right for the community at large.

What the City of Richmond, the Richmond community, the Richmond Police Department the Black Lives Matter movement and Officer Melvin Russell all have in common is that we want what everyone wants - to live in a healthy and safe community.