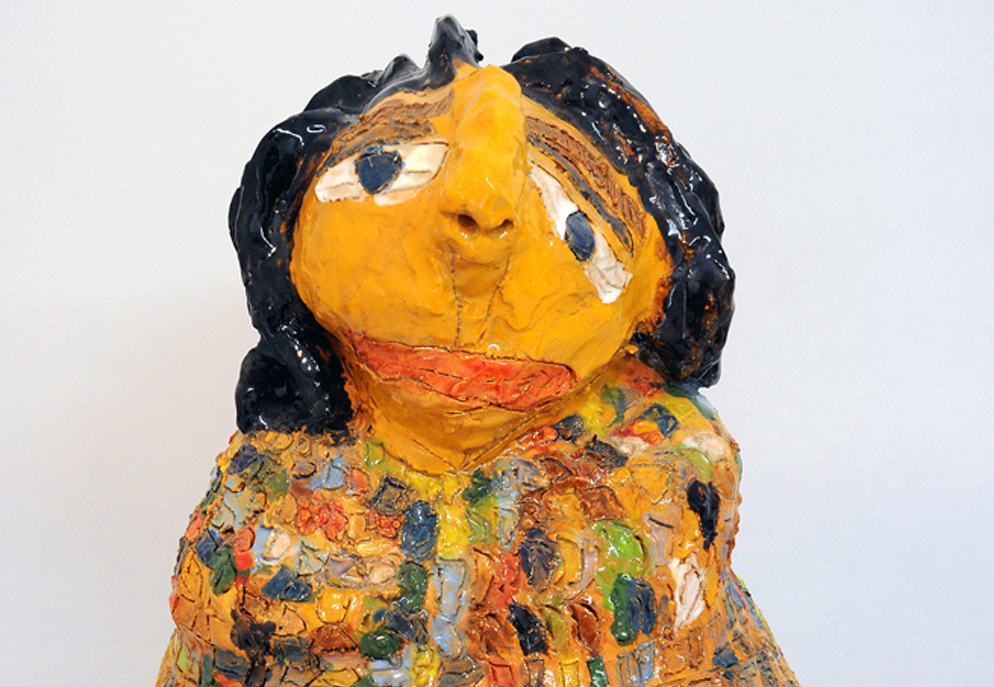 “Julio is the king of clay at NIAD,”says NIAD Gallery Director Tim Buckwalter. In Julio Del Rio’s new exhibition at NIAD, the National Institute for Artists with Disabilities in Richmond, the ceramicist explores the limits of animal forms real and surreal.

Del Rio’s work is lumpy. The animal and human forms he creates are clearly inspired by conventional physical beings, but somewhere in Del Rio’s creative process realism melts away into something greater. 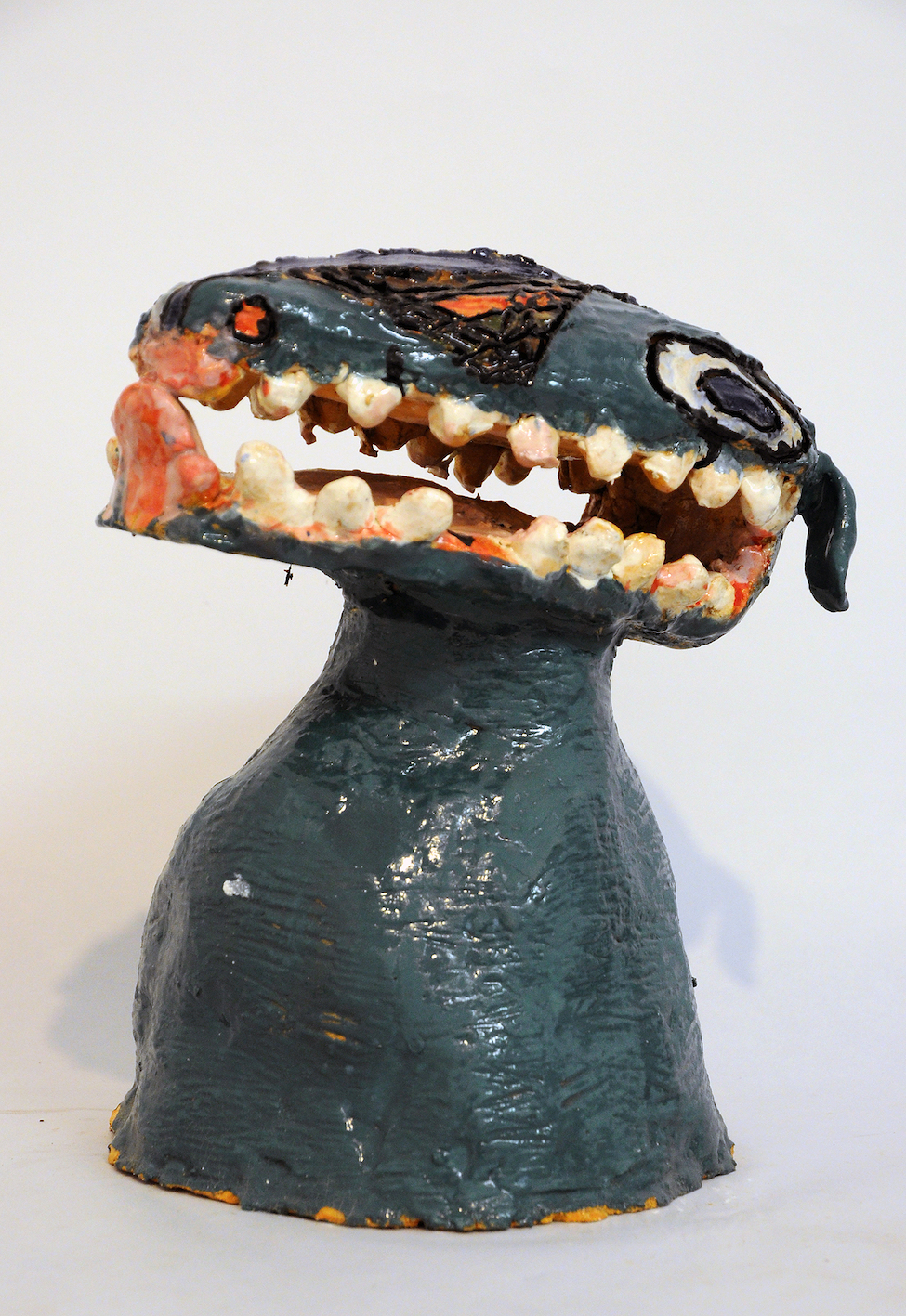 “Julio looks at something in a book —say a drawing or photograph of a whale —then he reinterprets the whale,”Buckwalter explains. “So, for all intents and purposes, it looks like a whale, but it’s bright orange, has its tongue hanging out, and is boxier than a whale.”

Sea creatures are an essential element in Del Rio’s exhibition. One wall of NIAD’s main gallery is currently transformed into a seascape mural on which Del Rio’s work hangs. Manta rays, sea gulls, fish: the over two dozen pieces in Del Rio’s exhibit at first appear to be everyday sea animals, but a closer inspection reveals them to be highly detailed forms.

“All of Julio’s pieces are covered in intricate designs sculpted into them,”says the NIAD Director. “His pieces are referential of his love of humanity and animals.”

A couple of Del Rio’s pieces go beyond the animal realm in reference to the postmodern climate in which he works. One slanted, morose, womanly piece conjures Lichtensteins’woman sculptures, but Del Rio’s interpretation is much more colorful and abstract than the modernist’s original work.

“He’s a complete colorist,”explains Buckwalter. “You look at his work and you realize that these colors are not an afterthought; they’re built into his work.”

You can view more of NIAD’s current exhibitions here.