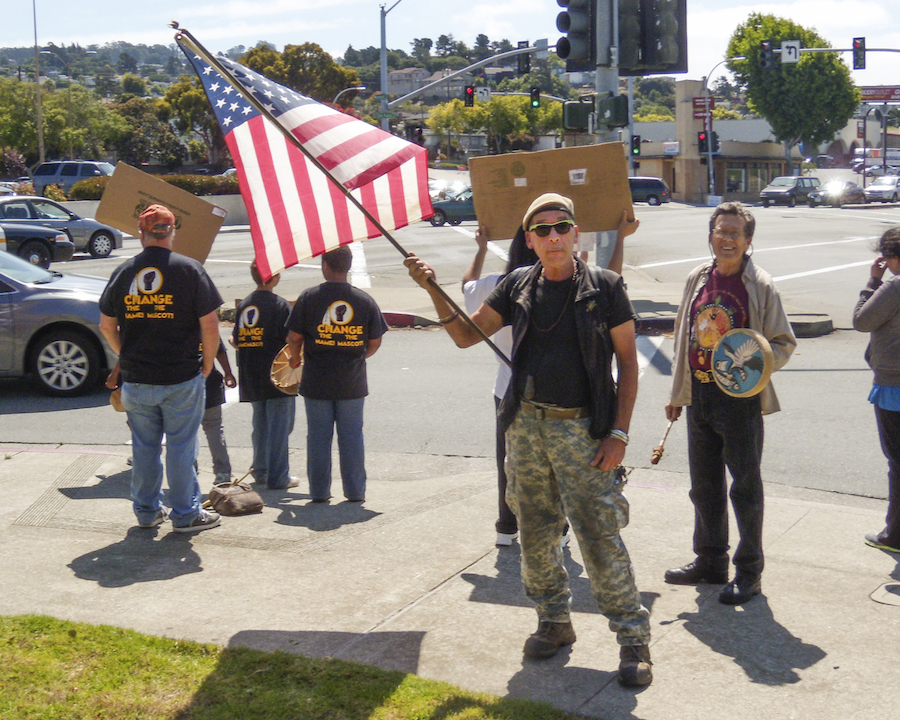 As the chairperson for United Urban Warrior Society of Central California (U.U.W.S.), a National Native American organization devoted to more Human and Civil Rights for Native People, many people here in Richmond have asked me why U.U.W.S. had a Native American Walk for Sobriety this past Saturday on July 18, 2015

"I share that for the past 550 years, over 120 million Native People have been killed and slaughtered by mass extermination and ethnic cleansing. We in Indian Country suffer from historic trauma, our unresolved grief of being victims of mass extermination. Alcohol has since then become an inter-generational drug for many Natives look to escape our Historic Trauma."

Alcohol abuse affects Native American populations in higher proportions than any other community in the United States. To raise awareness of this issue, on this past Saturday, July 18, U.U.W.S. and Richmond’s Native community hosted a walk at 11 am from the intersection of San Pablo Ave & MacDonald Ave down to Nichol Park. There were over 60 sobriety Walkers that participated.

As the Lakota Holy Man John Fire Lame Deer has stated about Native People and alcoholism: " Alcoholism is a problem for us, and as long as all of this liquor is lying about, it won't get better. I have often thought about the special effect liquor has on us Indians. In 200 hundred years, we still haven't learned how to handle it. It's just like the measles and other diseases the white man brought us. The illness was the same for them as for us, but we died from it." 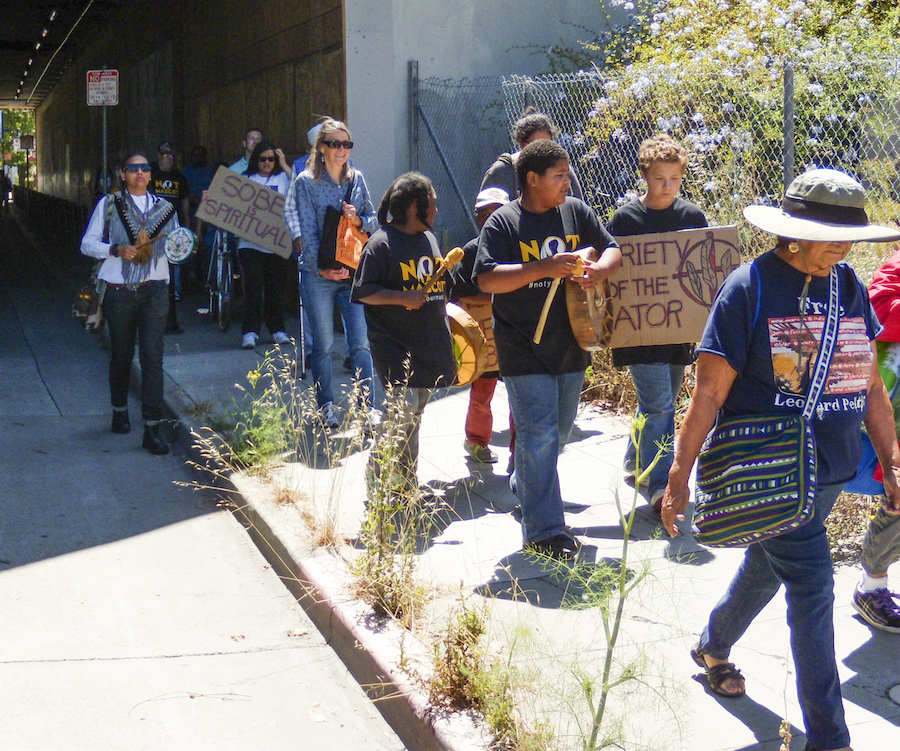 Many Native people, families and communities are now forming organizations to deal with the issues of alcoholism and alcohol abuse, such as 'Walking the Good Red Road' and ‘Wellbriety.' The return to our traditional spiritual beliefs and values helps us to lead lives free of alcohol, and Native Sobriety walks are crucial in raising awareness surrounding the issues of alcoholism and alcohol abuse in the Native communities

Historically, Indian Country has always had social marches throughout the U.S. to bring awareness to mainstream society to better educate them about our conditions and how we were living both then and now. Native Sobriety Walks are a direct outgrowth of that.

The Native American Walk for Sobriety here also represents healing for our families and community that has been ripped apart and destroyed by alcoholism and alcohol abuse. It really represents a time for healing, where we as Native People can stand tall and take control of lives and destinies, and lead our lives alcohol-free.

Native Americans have historically had extreme difficulty with the use of alcohol. Problems continue among contemporary Native Americans; 12% of the deaths among mainland and Alaska Natives are alcohol-related. A survey of death certificates over a four-year period showed that deaths among Indians due to alcohol are about four times as common as in the general US population and are often due to traffic collisions, liver disease, homicide, suicide, and falls. 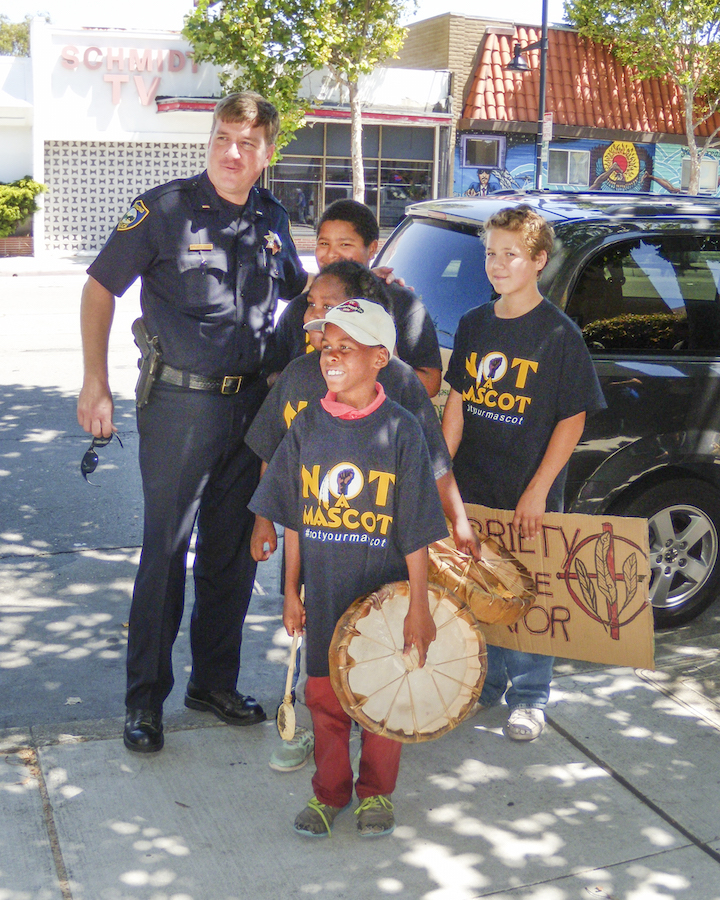 The Native Sobriety Walk was organized by many Community leaders through out Richmond because of the issues surrounding alcohol abuse and alcohol abuse. City Council member Vinay Pimplé, was one of our Sobriety Walkers and he stated: " Our kids are exposed to the glamorization of alcohol and no one talks to them about alcoholism. They are exposed to advertisements in the media about alcohol unaware of the dangers from drinking. This Walk was a positive

image for our community see by the Sobriety Walkers being out there that day!"

Another Community leader of the Sobriety Walk Amrik Pannu of the Sikh Guruwada Sahib (Temple), noted that:

"The Sikh Faith totally prohibits the use of alcohol, drugs or tobacco. We in the Sikh Faith wish to help anyone in the community trying to make a difference when it comes to issues such as alcohol. When people come to us at the

Guruwada (Temple) and ask for our help, we will be there to help them. We Sikhs are advocates for helping the community for more Human and Civil Rights." (Mr. Pannu was responsible with other members from the Guruwada (Temple) for bringing refreshments to the Sobriety Walkers at Nichols Park and members from the Sikh community were Sobriety Walkers as well.)

Jerome Smith another Community leader of the Sobriety Walk shared: " There is no sobriety without doing it! A Sobriety

Walk is doing it. It shows the value and importance of sobriety to the entire community." At the beginning of the Native Sobriety Walk at of the top San Pablo and Macdonald Avenues shared a Haiku poem on sobriety to the delight of our sobriety walkers: "Sobriety. A Wolf Howls, a Bear Growls, Now Wandering the earth."

Kay Kay Kinney (Apache) another Community leader and U.U.W.S. member felt: "The Sobriety Walk was formed to bring about the much-needed awareness in the Native community. Alcoholism is a disease and a negative aspect in one's life. There is nothing positive about drinking alcohol. It kills and is NOT a joke! The importance of the U.U.W.S.-Central California Native Walk for Sobriety is the awareness and support for all those fighting the disease!"