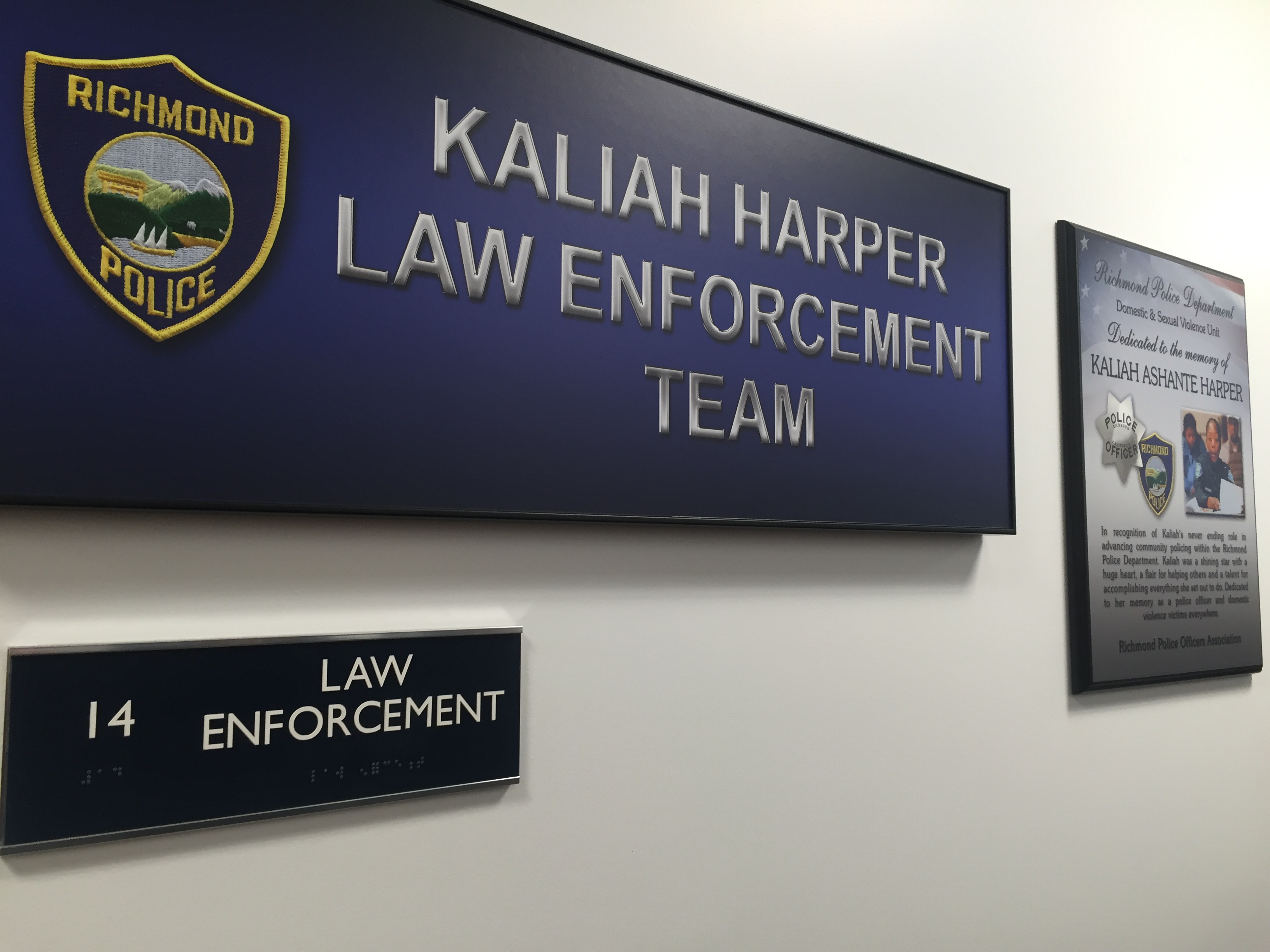 The memory of Kaliah Harper, the Richmond Police Officer who was killed in an act of domestic violence nearly 10 years ago, will now live on within the walls of the Family Justice Center in Richmond.

The Family Justice Center, which just opened last June, serves as a one stop shop for victims of domestic abuse, including an investigative unit of the Richmond Police Department, which was officially honored as the Kaliah Harper Law Enforcement Team at a memorial event on Friday. 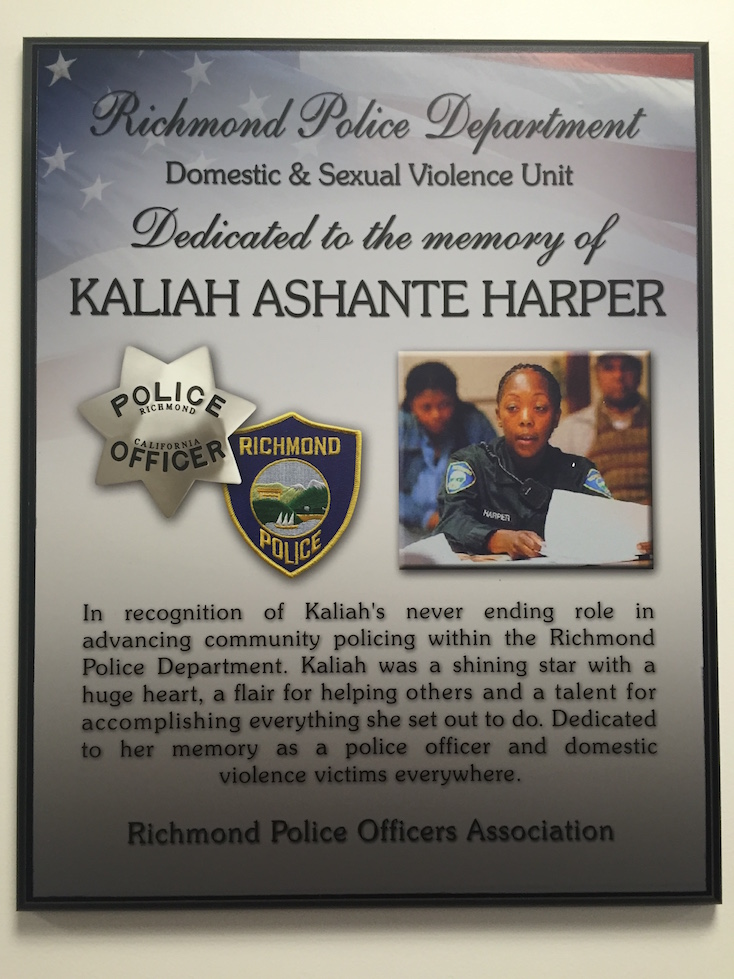 A crowd of nearly 50, including Harper’s family, friends, and fellow officers gathered at the Center to honor the fallen officer’s
memory and reflect on her legacy for clients of the Center.

“I miss my daughter every day of my life,” said Beverly More, Harper’s mother, before the memorial. “We appreciate the police department and the people coming together to do this. Kaliah was loved in the city, and this memorial will help her live on.”

Harper was just 28 years-old and a rising star in the Richmond Police Department as a narcotics officer in 2006 when her then boyfriend gunned her down outside of a funeral service in Fairfield.

Interim Police Chief Allwyn Brown spoke of the poignancy of the law enforcement team being named after Harper.

“This dedication will be an enduring symbol not of domestic violence, but of how violent and fragile these crimes are,” Brown explained. “It’s fitting that their memorial would be here at the Family Justice Center, where victims of domestic abuse meet law enforcement. Hopefully they can meet Kaliah and see what a good community police officer she can be, even after death.”